Black Desert’s latest class sets foot upon the Black Desert world. Join Sage on his crusade to defeat the blood-eyed invaders, and get rewards for leveling him up! Also this week we bring in UI position editing, the new Olvia server buffs and new level up milestones to earn Capotia Accessories!

Check out the full details below.

● The Last Ancient, Sage, has been released. 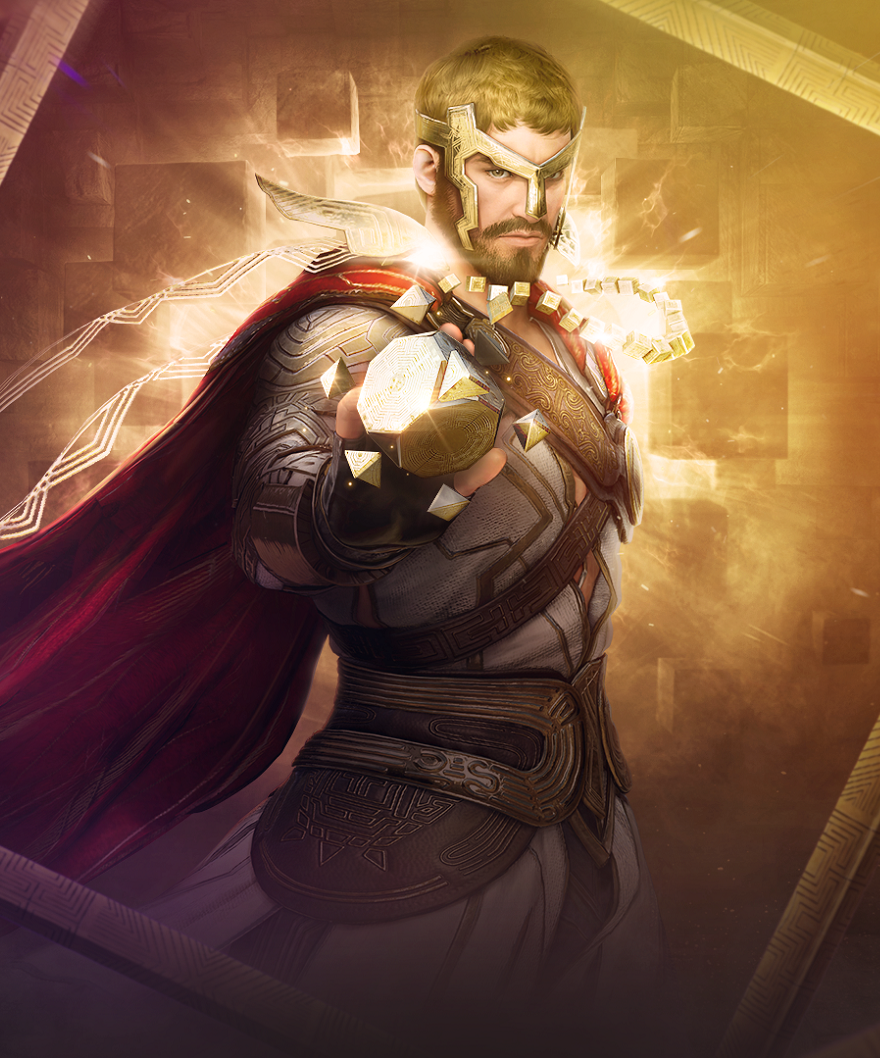 ● A new Chat Group has been introduced, ‘Hall of Adventurers: Sage’, offering a chat channel dedicated to all things Sage.

* Sycraia Underwater Ruins will be added in a future update.

-In order to access Aakman Temple, you will need to have completed the ‘Chaotic Aakman Temple’ questling available from the NPC Atosa.
- In order to access Hystria Ruins, you will need to have completed the ‘Rumors at Ibellab Oasis’ questline from Sameh in Ibellab Oasis.
- After the questline is completed, you can gain access to Hystria Ancient Ruins or Aakman Temple by talking to NPC Atosa at the Aakman Node. The ‘Black Spirit’s Claw’ cost for other classes is waived for Sage once he unlocks the ‘Ator’s Eye’ skill.

As you may know, Black Desert uses stats from both the Awakening and Main weapons when calculating Damage to maintain the value of both weapons.

As Sage will be launching with his Succession, and his Awakening will be added in the future, his damage calculations will use 100% of his Main weapon damage.

Please note that when Sage’s Awakening is released, the damage formula will be changed to apply both Awakening and Main Hand damage.

● The Olvia Server buffs have been renewed!

- Much like the current Olvia Server, the renewed Olvia server is a growth focused server that can be accessed if you are a New/Returning Adventurer.

- Conditions for connecting to Olvia Server

* The NEW Olvia server is for Adventurers who fulfill the new or returning Adventurer requirement above, and have less than a total of 150 levels with all characters in their family after the March 31st Maintenance.

- The benefits of the NEW Olvia are as follows:

※ To celebrate the release of the New Olvia Server, these buffs will be applied to all servers for the next month! For more information, please refer to the Event Notice.

● You will now be able to move certain UI elements on your screen. In order to access this function, go to Menu → Settings → Edit UI.
- Once the Edit UI function is up, you can select the function you wish to move by pressing LT+X/ L2+□ and move the element around. 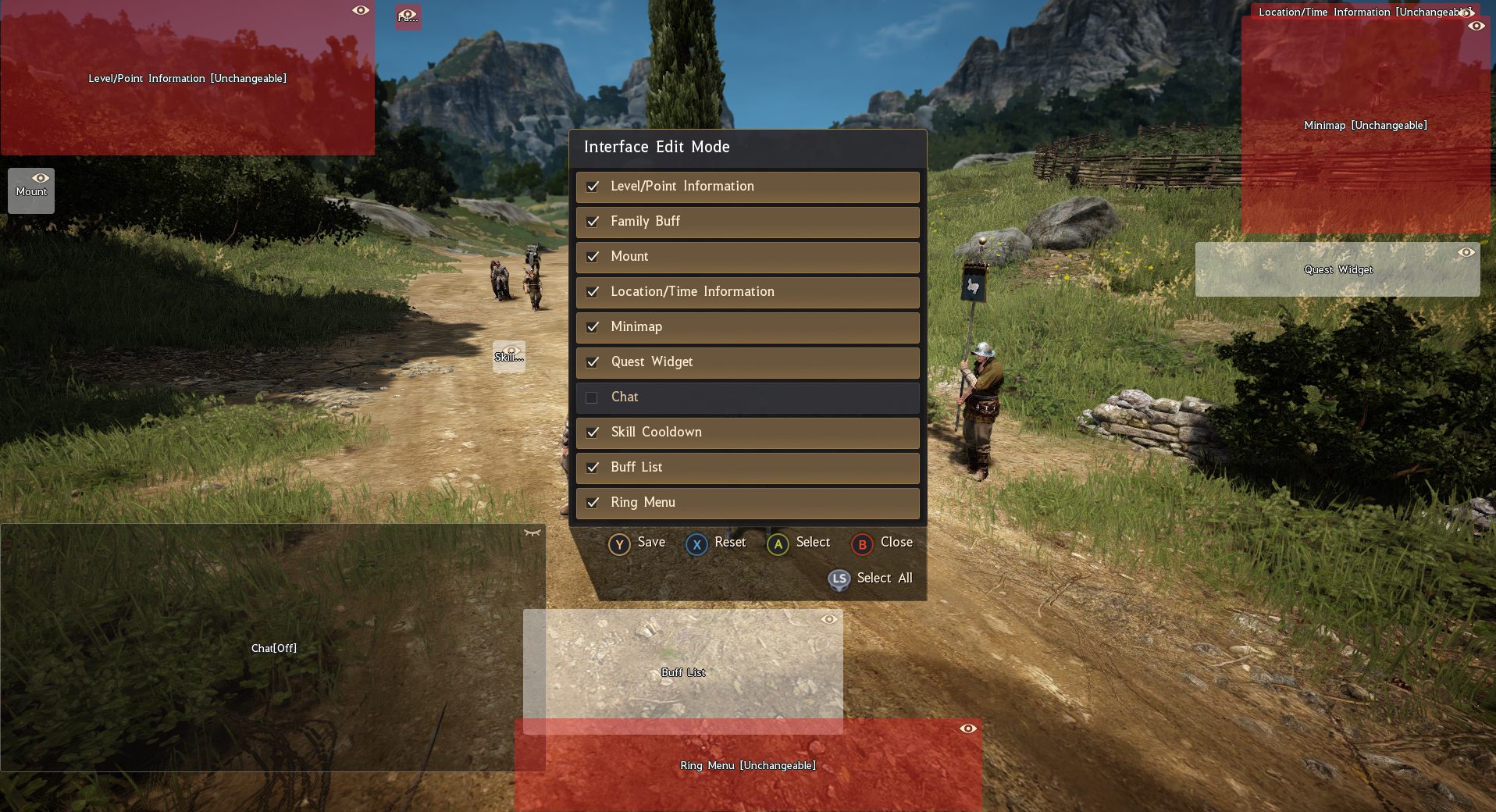 ● The European Servers will switch to Summer Time with this update.
Time based events such as Node/Siege Wars and World Bosses have been adjusted and will now be based at UTC+1.

● Icons for the Tier 3 Polar Bear, Kamasylvia Brown Bear, Ferret, Marmot and Haetae have been updated.

● Fixed an issue where it was impossible to complete the following Cooking Related skills.

- [Bonus] Cooking for Heidelian Soldiers I

- [Bonus] Cooking for the Calpheon Slums I

● The issue where the last command setting of a Pet not being saved has been corrected.

● The challenge conditions for obtaining Capotia Accessories has changed.

● Added new challenges to obtain enhanced Capotia Accessories.
-These challenges can be completed once per family.

●  Changed the minimum level required to manufacture all Capotia Accessories to 61.
- Capotia Ring has not been modified as it was already at level 61.

● New challenges have been added for New and Returning users featuring discount coupons for the Pearl Shop.

● Fixed an issue where you could not escape near Caudil Forest.

● When interacting with housing interior items that gives buffs, you will now be able to see what the buff will provide.

● The issue of overlapping UI elements in the Skill window has been fixed.

● Added the ability to use partial entries when searching the Crafting Notes. For example typing the word ‘Abun’ will show the entry ‘Abun Wooden Doll’.

● Fixed an issue where in certain circumstances, the Emergency Escape effect would cancel immediately after appearing to work.

Many Adventurers reported the issue where Emergency Escape would deactivate in certain situations (much like the now-solved issue with difference in elevation), and it was one that we also wanted to solve asap. However, it was very difficult to fix completely and there were many different patches related to this issue. Still, we continued to work on the issue and our close analysis paid off with a possible solution. When we found the solution, we applied the update as soon as we could. We would like to thank all of our Adventurers who continued to send in reports. Our team will continue to work to create a better gameplay experience for our players.

● Upper Shield Strike – Fixed the issue where certain skills would combo unnaturally after this skill.

● Flow: Moonlight Dash – Fixed an issue where Petal Bloom’s skill add-on was applied to this skill.

● Accel: Star’s Ring – Fixed the issue where the skill would activate even after locking.

● Fixed an issue where certain key guide elements would overlap.

● Fixed an issue where Male Character’s hands would display abnormally when reaching the surface after diving.

● Various costumes have been fixed.

● World Map Filters will now be kept upon revival/reconnection.

● [Hashashin] Karlstein – Added to the outfits description that the armor, shoes and gloves are combined.

● The description of ‘[Event] Big Black Feather’ has been modified to include the correct items it can be exchanged for.

● Fixed an issue in the Arena of Arsha mode where the windows would occasionally blink.

● Fixed an issue where the World Boss notifications would not show when a world boss spawned.

● Chat Group optimization has been improved in cases where the chat servers were unstable.

● Fixed an issue where in-game mail with less than 24 hour validity would be marked as 0 days left.

● Interior items that can be purchased using contribution have had their descriptions modified to show how they can be obtained.

● Fixed an issue where Farm Wagons would display abnormally when there were no horses attached.

● Fixed an issue where the Caphras Enhancement effect would display abnormally in 4k mode.

● Some phrases have been modified to correct typos and to make it easier to understand.

● Some abnormal textures have been modified.

● Fixed an issue where the field boss ‘Giant Mudster’ could appear in 2 locations.