A stranger led the young man to an ancient chamber. As the doors opened upon the once forgotten chamber, their eyes laid upon a room filled with gold and precious treasures. As the young man entered, the people who were with him dropped to their knees. The man took stock of the treasures in front of him, his eyes rested on a particular piece. He slowly walked to a glistening gold crown and picked it up. It was then that the first King of Valencia was born.

Valencia is located to the east of Mediah, and is a massive continent equivalent to the size of Balenos, Calpheon, Serendia and Mediah put together. There is a vast desert that separates the Calpheon Republic and the Valencian Empire, and the desert is barren and harsh, and the grave to many unprepared adventurers.

Those who are native to Valencia call it the Crimson Desert due to the amount of blood that has been shed there, whereas Calpheon calls it the Black Desert due to the precious Black Stones that can be found there.

Years of wars between Calpheon and Valencia took their toll on the region, but once peace was found, the great kingdom of Valencia flourished.

Despite the inhospitable nature of the desert, it is home to many ancient civilizations.

Despite its many riches, Valencia is more than just wealth and splendor. Deadly sandstorms batter the region, strong and powerful monsters and an inexplicable desert illness that affects those who venture into the desert. You must take all of this into account in order to adapt and thrive in the deadly continent of Valencia.

The desert comes with many challenges, and some may seem difficult or even impossible to circumvent. However we recently discovered Igor Bartalli’s Desert Journals, and have found some interesting survival tips.

This large stretch of land is home to the Bashim, a race of Demihumans who have lived in Valencia as long as civilization itself. They take pride in maintaining the old ways, and continue to speak their indiginous language. Their reclusive nature mixed with their extremely hostile tendencies has led to the end of many adventurers. 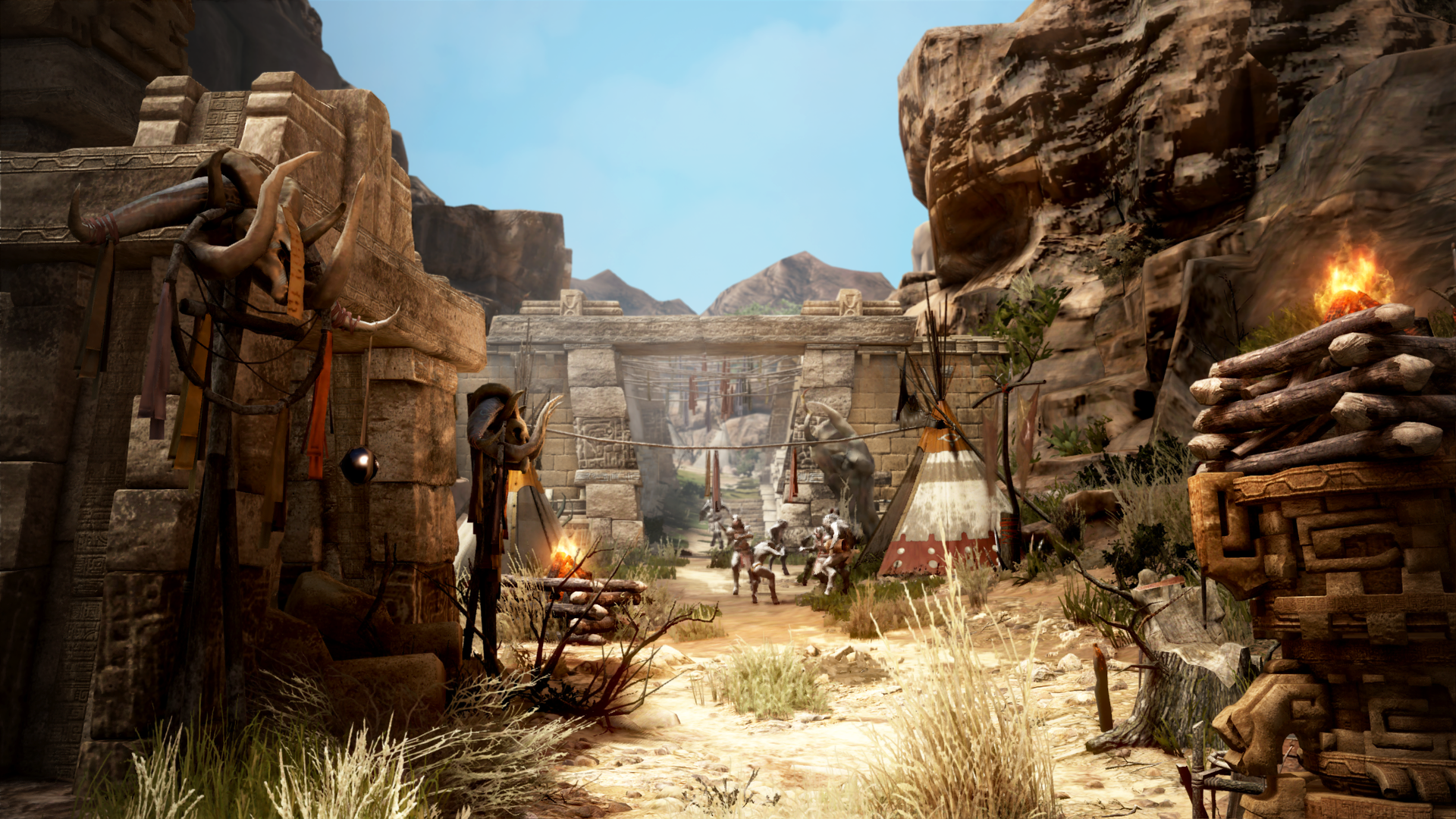 No matter where you go in the Black Desert world, you can be sure to find the corruption of Kzarka somewhere nearby. The beautiful Cadry Ruins, once part of Valencia City, is now a den to cultists trying to achieve eternal life through Kzarka. Rumour has it that the cultists kidnap adventurers and offer them as sacrifices to Kzarka, so be careful when exploring these dangerous ruins. 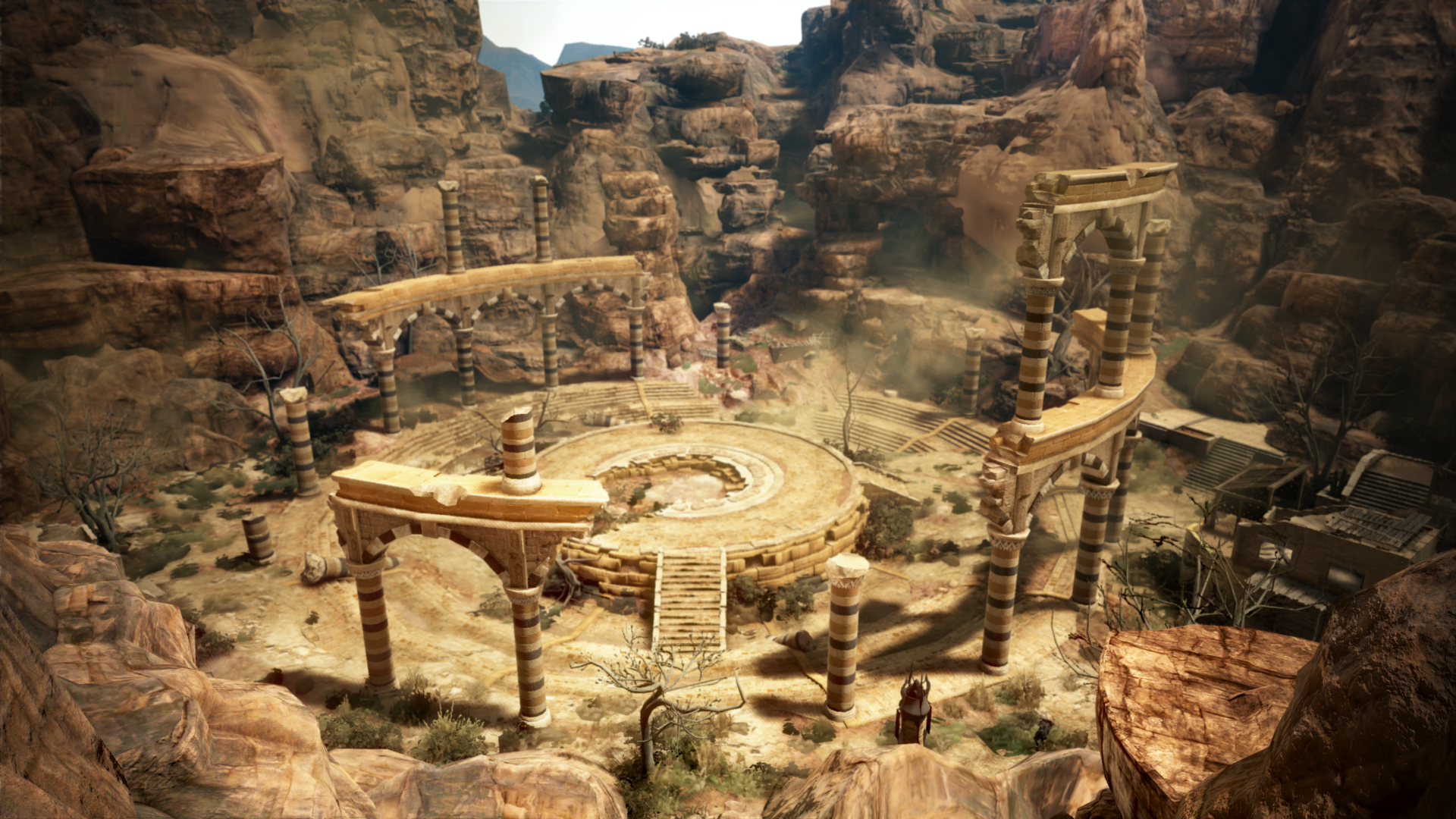 Waragons of Calpheon are known for living in marshes, but the Waragons of Valencia choose to build their nests in the shade, preferring rocks and canyons over dug out holes in marshes. Many make the mistake of assuming that baby Waragons reside in the nests, but it is not a mistake they get to make twice. Adult Waragons in Valencia tend to lay their eggs under the open sands, and await the return of their young in the nests. 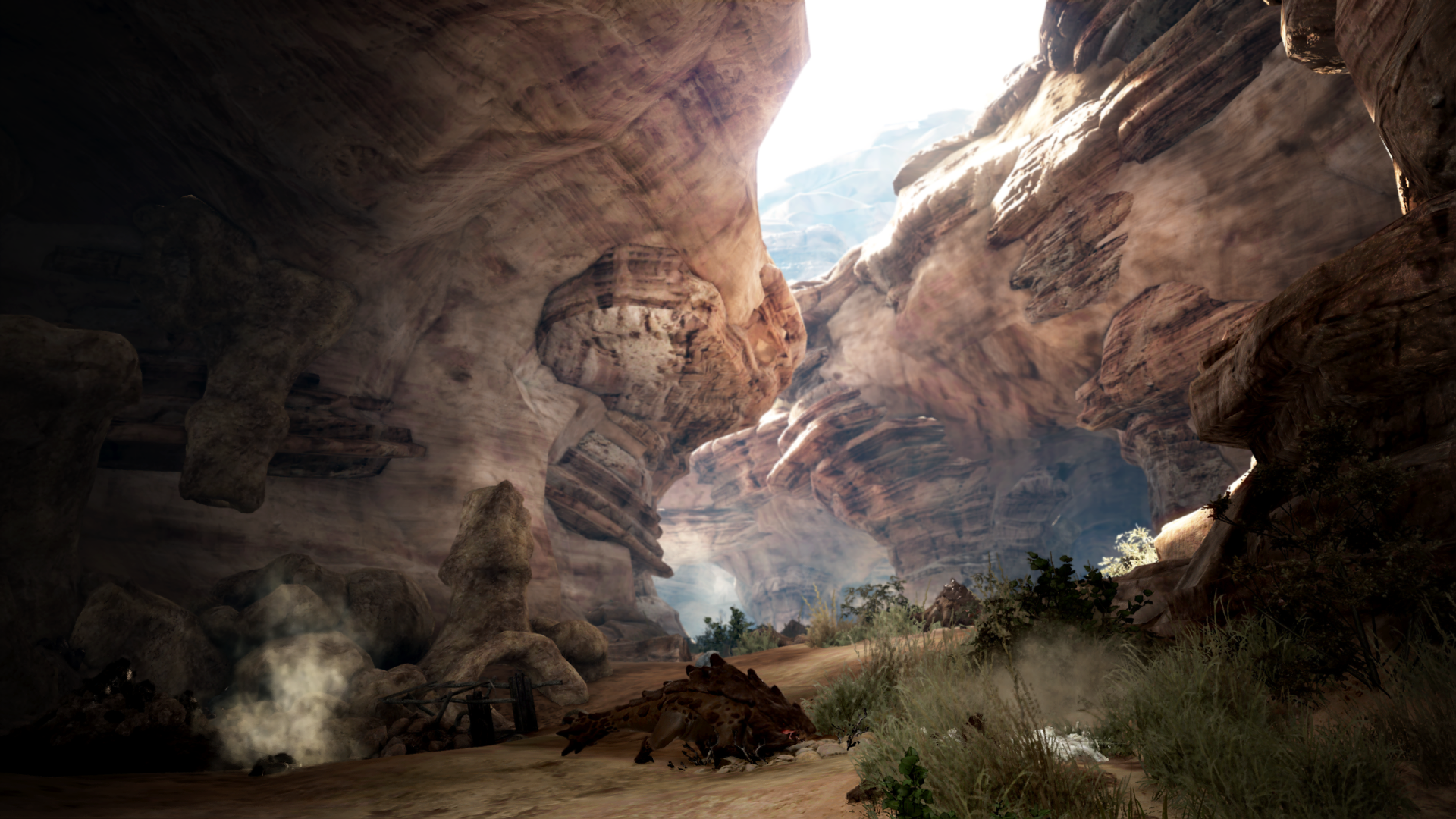 The true origins of the Temple here are unknown, but it is now home to the Desert Naga. Originally from more fertile lands, the Desert Naga were pushed to this region when natural disasters started to force the Fogans from their homelands in the south, to the Titium Valley. Although they put up a fight, the Naga eventually pulled back to the Temple, and some moved further west to the more fertile lands of Serendia. Although not friendly to Humans, their intense hatred of the Fogans means they have little time (and resources) to pursue a war against them. 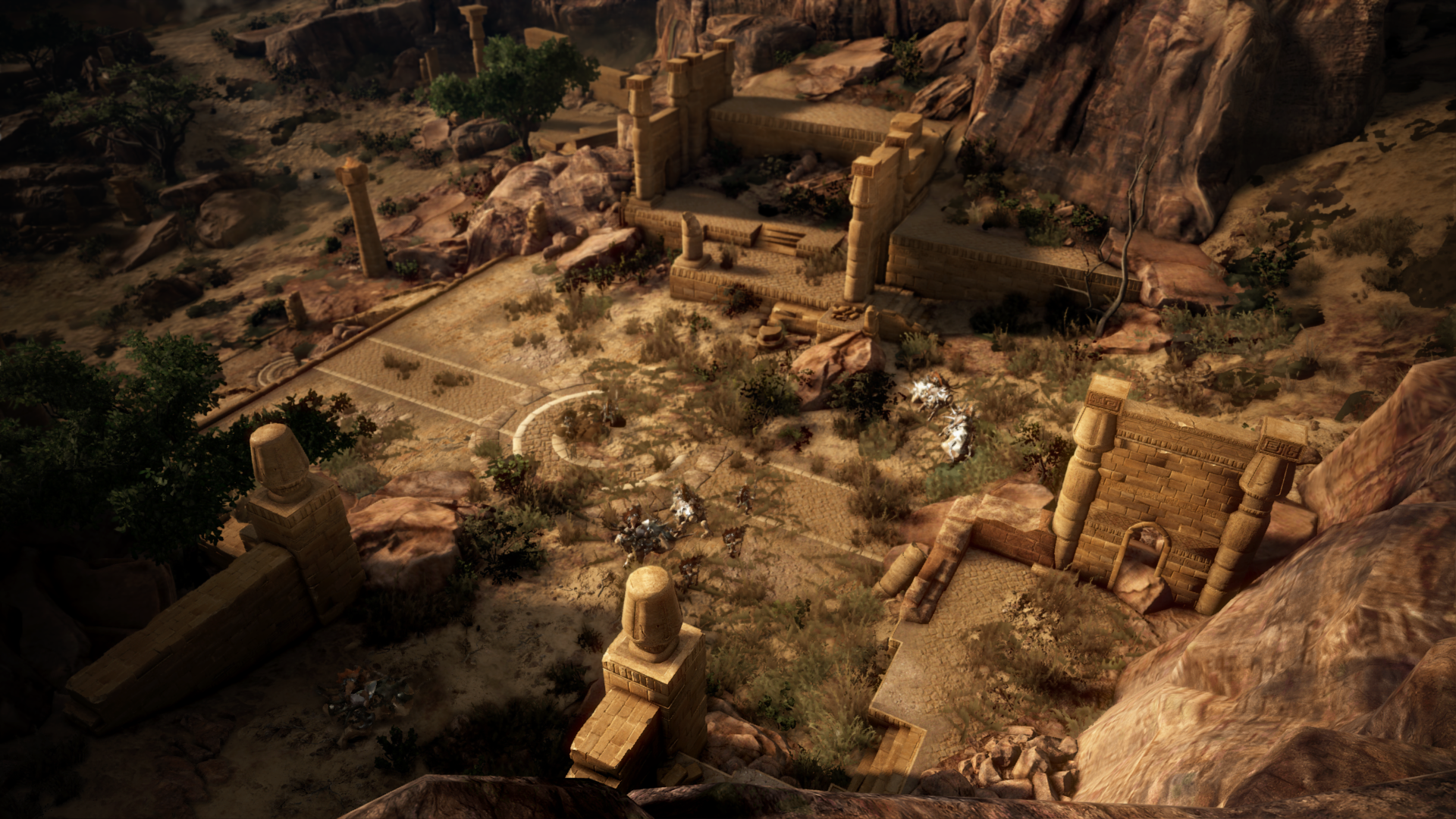 The Gahaz Bandits are led by Gahaz Tuvar, a once great general of Valencia who is now persecuted as a traitor in the city. The bandits come from all walks of life, but many are warriors of the Valencian Army who decided to follow their general to the ends of the earth. Although survival in the harsh desert takes priority, Gahaz wishes to restore his honor. There are also rumors that a Black Dragon is currently being tamed by Gahaz Tuvar. 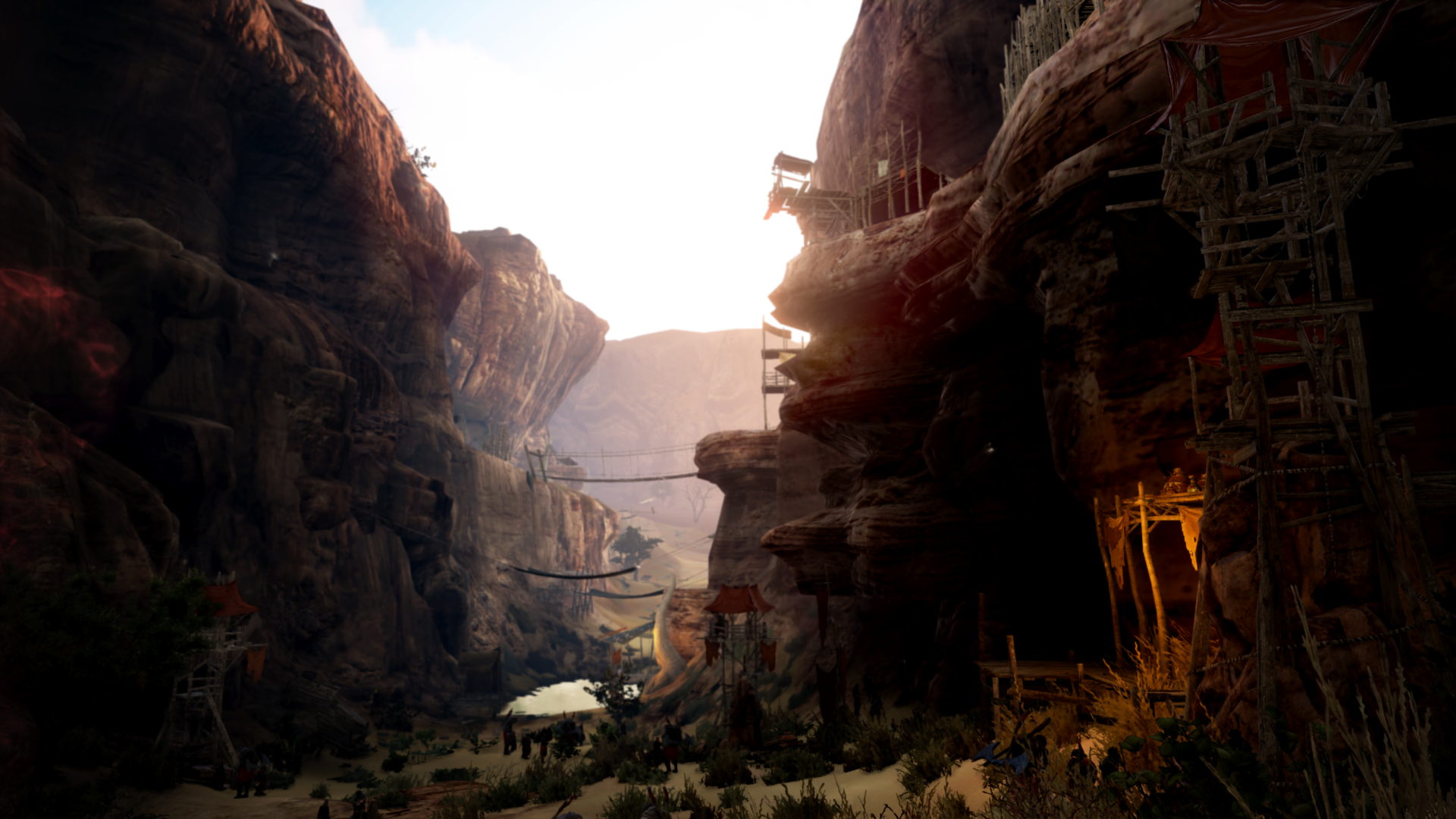 Remnants of a time long past can be found at the Crescent Shrine. Although most of the ruins are buried by, there are still traces that a once prosperous civilization created this shrine. But now, the remaining Argos Saunils have taken over the area, but still hold sacrificial rites whenever there is a crescent moon. 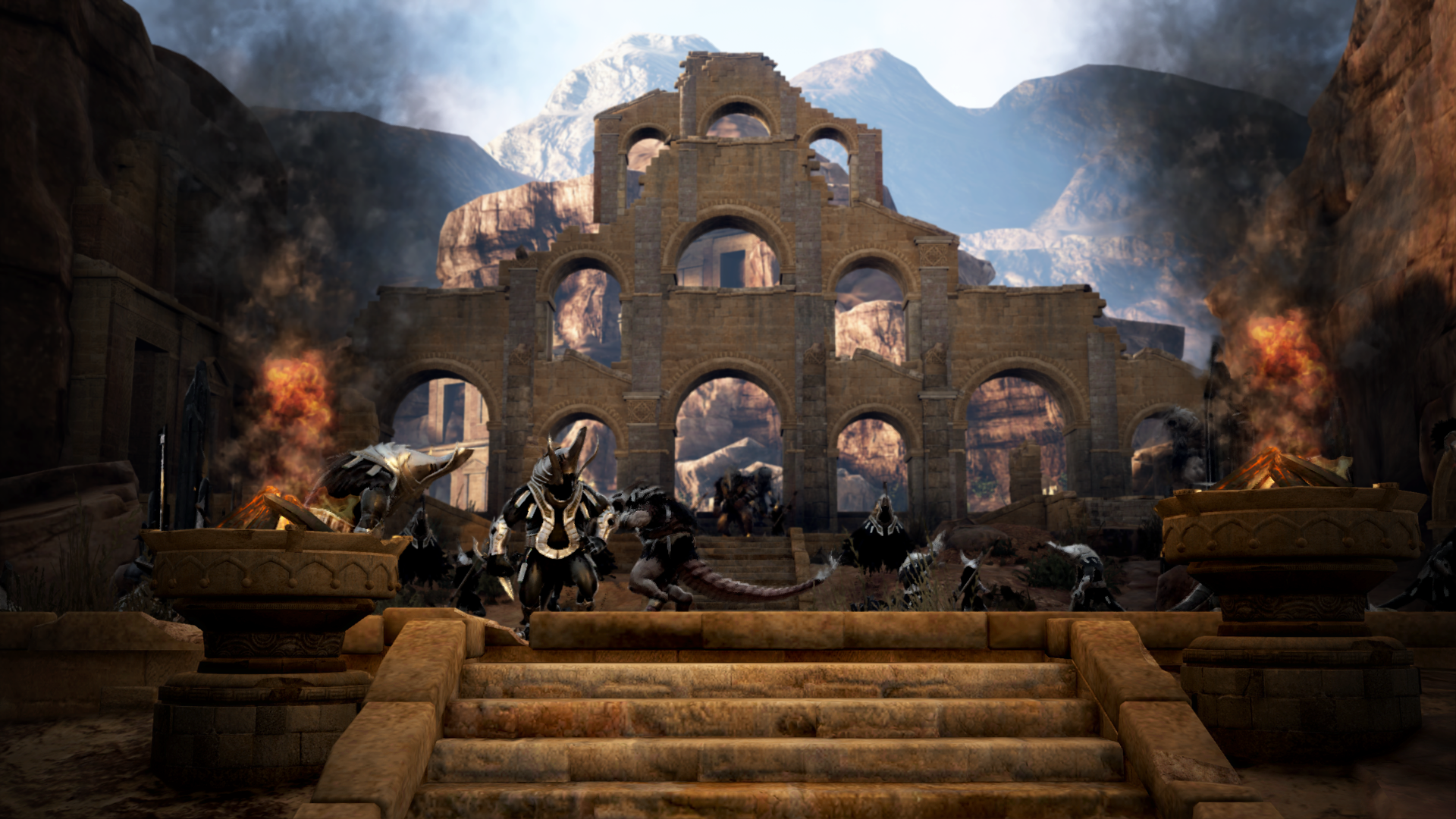 Fogans were pushed into the Titium Valley as their original homes were swallowed up into the desert. The Titium Valley is fertile canyon on the south of the Valencian continent. Originally home to the Naga, the Fogans claimed the land for themselves, and have been cultivating their own culture here since. While some of their kin have moved to Serendia, there remains a sizable population of Fogans in this valley. 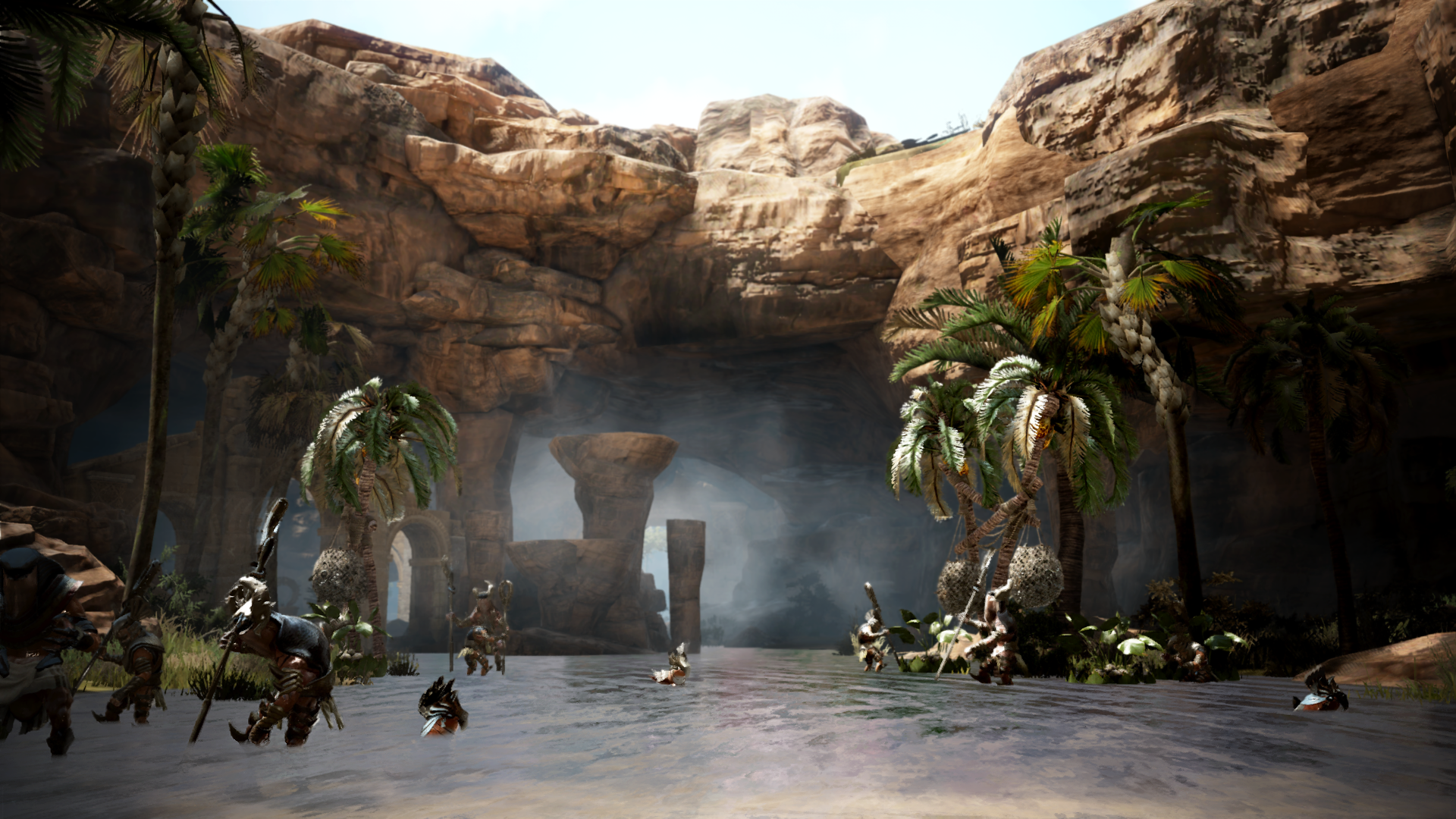 Shakatu purchased this land for his beloved Tapthar, Shakatu’s closest and most loyal attendant. However the once peaceful plains are now completely overrun by Centaurus. These half man, half horse creatures are incredibly mobile, and despite the great riches offered by Shakatu for removing the Centaurus, they still remain rooted to the plains. There are rumblings that a great burning black stone lies in the plains, and is currently being guarded by the Centaurus. 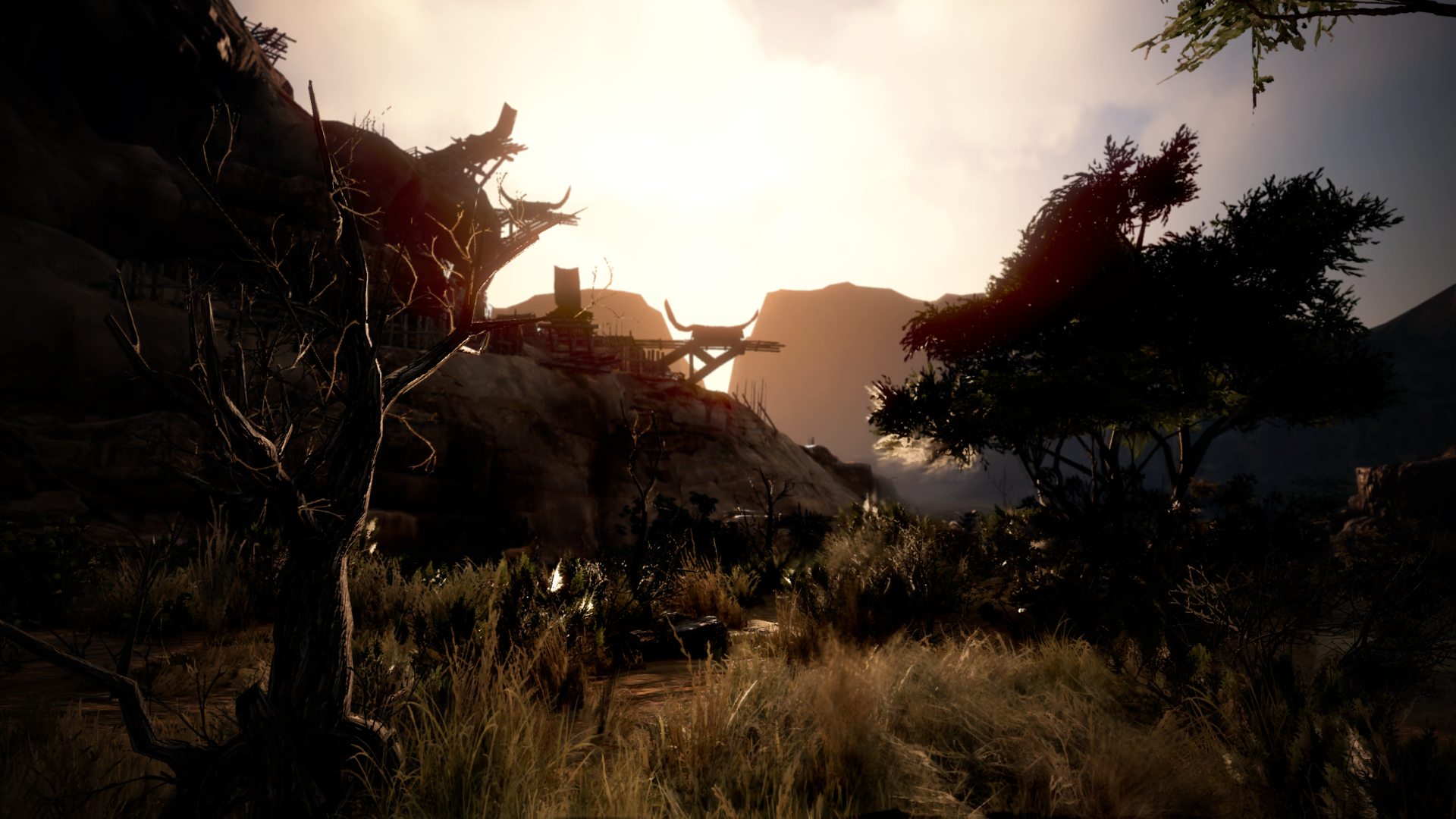 Home to what many consider the most dangerous creatures to grace the desert, the basilisks are an incredibly smart but wicked creature, that will petrify adventurers once they have finished toying with them. The difficult terrain of the region also increases the risk, as the Basilisks can lurk behind any rock and surprise their foes. 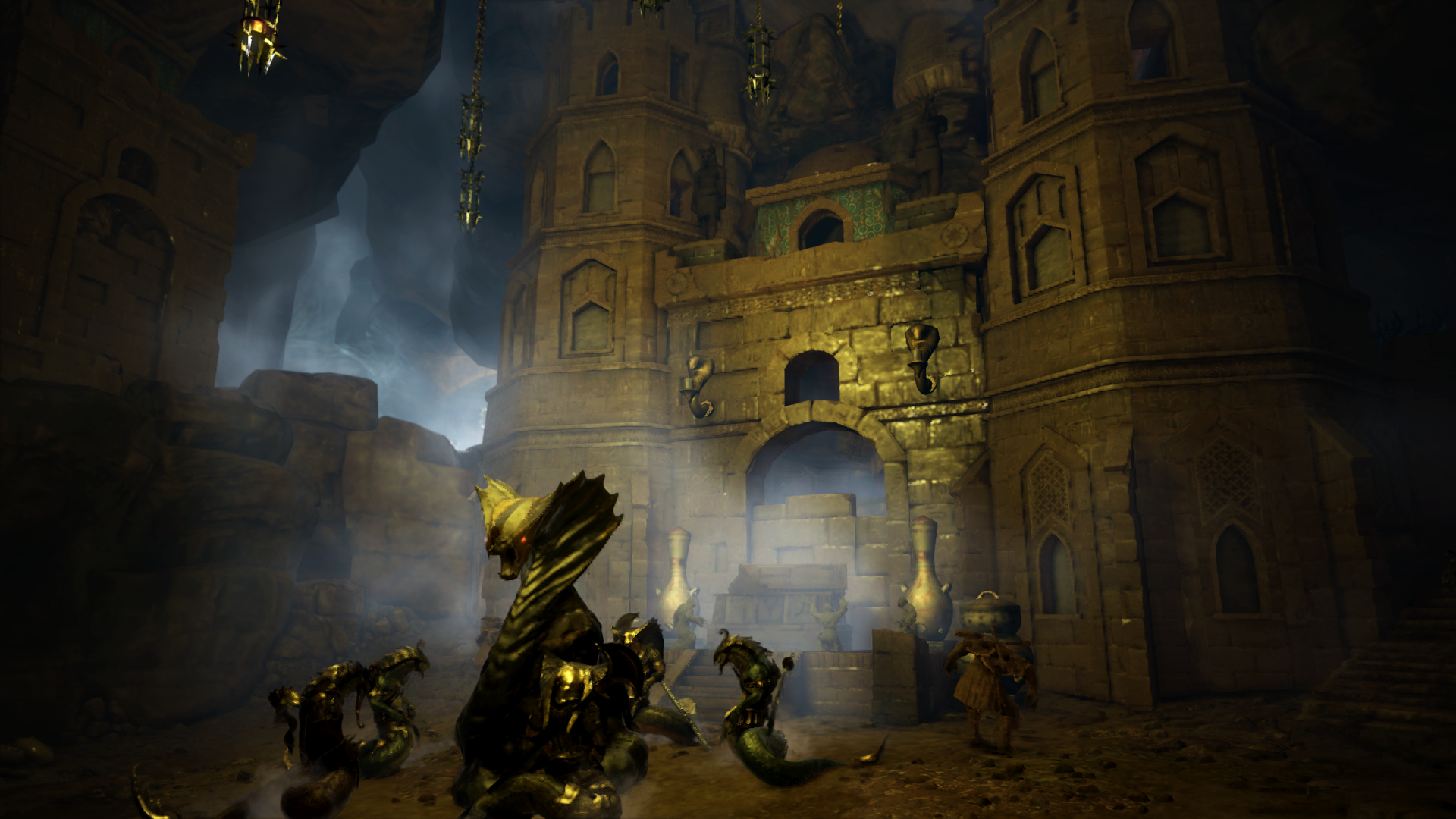 The Heart of the Desert Beats