I’ve been playing Dark Knight on PS4 since it came out along with my Wizard and i can say Dk is one of the weakest classes in the game right now (if not the weakest). their PVE is “decent” but PVP wise it’s terrible. It just doesn’t make sense to me that my wizard with 180 AP does more damage than my dk that has 245 AP both in PVE and PVP.

The most common problem the DK has in PVP (besides their LOW damage and SLOW animations) is how vulnerable they are in awakening form. Most of their abilities don’t even have ANY kind of protection, spirit blaze and twilight dash need super armor or at least frontal guard badly.

The AOE and ranged moves like shattering darkness, spirit legacy and seed of catastrophe don’t do a lot of damage and don’t cover a lot of area compared to other classes either ( Seed of catastrophe 200% area is a joke too), not to mention their cooldowns are way too long. My wizard can do 2 cataclysms or aqua jails before my dk’s seed of catastrophe cooldown is over... its that bad.

Ohh and one more thing,

Grip of grudge... why? Why have such a useless skill? Please for the love of GOD get rid of it!

you cant compare Darkknights with Wizzards.. lol.  DK got a buff --> more accuracy with hitting lvl 60 !

DK's dmg is good especially when you hit 261 ap. Witchards are better in lower ap brackets and yes they are actually broken in current meta... but when more people hit higher brackets witchards gonna sck hard.  DK has a ton of iFrames and can pretty much 1-shot people if played correctly ;)

Dont complain about the class, learn to play it to be viable in pvp and pve.

Hey  you mean an iframe that has a 2 second cooldown meanwhile other classes  can i frame forever? Seems legit. The issue i have with the iframe is that most classes have lingering effects on all of the AOE attacks so as soon as your iframe ends and enters cooldown, you die from an AoE that was casted 3 seconds ago.  The distance you create when iframing is not big enough to get out of an lingering AoE to make the iframe cooldown balanced.  Dk’s Can one shot... maybe in PC with 60fps after chaining 5 moves in 3 seconds. That’s never going to happen on console.

sorry but i play on console too and I can ;) its just practicing and timing your iframes. Also its dumb to jump into an witchard aoe. If you want to play a class where you can jump into everything and getting literally 0 dmg play wizzard xD - but thats not the point for DK or other classes.

The forever iframe classes you mentioned - which classes do you mean? Afaik its only sorc who can.

Every realy every class is outscaling wiz / witch when you reach 261 ap nouver or more.

You are probably fighting potatoes. There’s a reason nobody plays it. I’ve seen People with over the 261 AP bracket dump the DK and say it’s underperforming. If you can one shot a DP witchtard, Striker, mystic warrior or Valkyrie that has around your same gear, send the video clip and I’ll gladly take notes. We can agree to disagree.

The only thing you have to do is going to rbf and watch  there are a few DK's which dont "underperform". Its true that it isnt that easy with dk like it is with other classes but it can work

The damage is just not comparable to other classes. It just isn't.... I also have a wizard and what takes my wizard two abilities would take my DK 6.

Past the lack of damage, is a poorly designed awakening, with laughable CCs, and a ridiculous amount of gaps in FGs and SAs. Our pre awakening is fine, but it's melee range, for a non grab Class, with no heal, and large gaps in our SAs and counters (nocturne) we don't last long in that range. In fact if suicide strike doesn't successfully CC it usually ends in a death.

And is our SA bugged?? Because with the AP I'm sporting I should be SA trading right through players, but instead I'm getting melted by thunderstorm, voltaic pulse etc etc etc by players probably 30 AP lower than myself.

Only success I've seen DKs have are in RBF where they pitch seeds, shattering, and legacy into groups then bail, since they can't SA/iframes in groups like a Sorc can...

Maybe console is just different, but it's brutal. 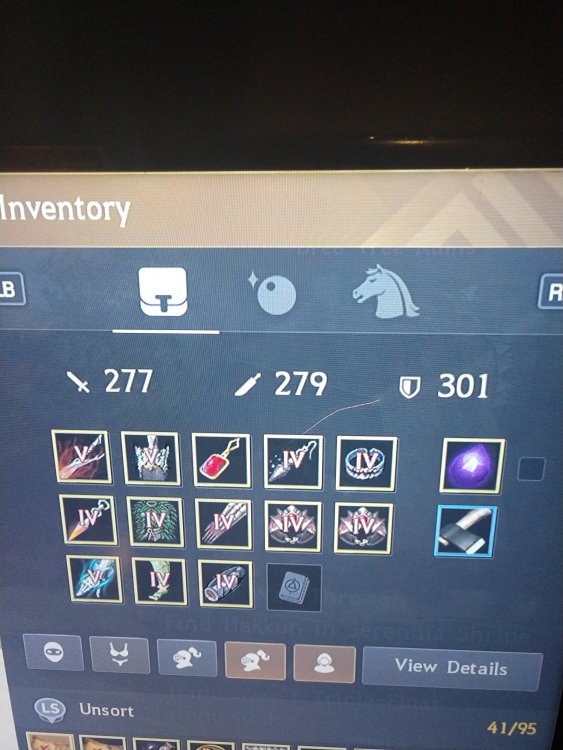