The latest update to Black Desert for Playstation 4 has been released, and with it brings new ways to make profit from life skills, new items to improve your awakening stats and more! We are also releasing the first patch to help overall performance of Black Desert. Check out the details and let us know what you think on Twitter, Facebook, Forums and Discord.

The Striker and Tamer make their way to Black Desert for Playstation 4. Whether you’re into a bone crunching brawler style or a more elegant sword and beast combo, the Tamer and Striker offer new ways for you to play Black Desert.

Find out more about the Striker and Tamer in their GM notes here: 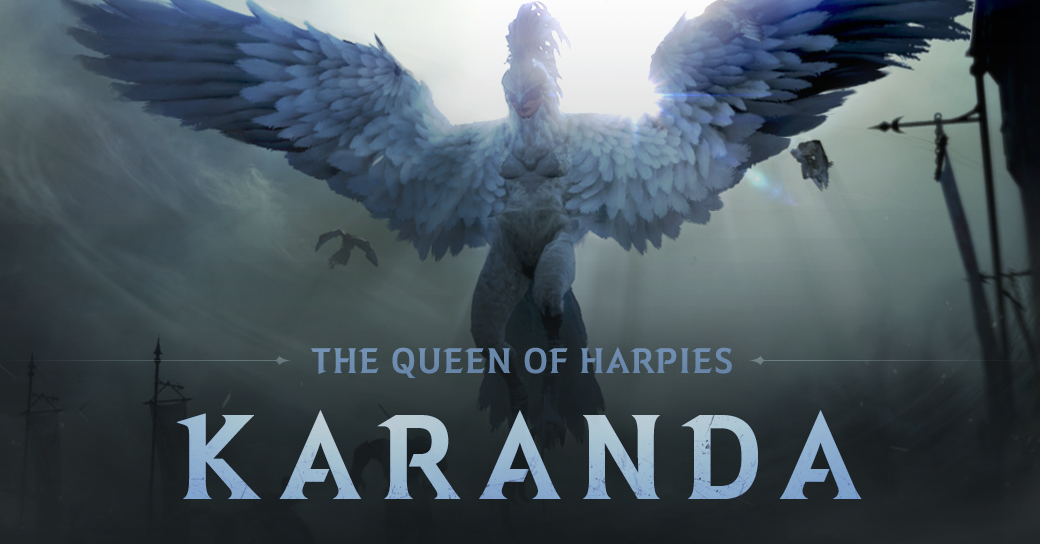 The world is a dangerous place, and nothing is more dangerous than the Harpy Queen Karanda. Any adventurer foolish enough to enter the Harpies domain unprepared are usually met with the razor sharp claws of Karanda.

Adventurers who successfully slay Karanda have a chance of getting the Dandelion Awakening weapon, the most powerful awakening weapon to date.

The first part of our optimization updates is here. This update is aimed to help rendering within large towns and cities, including alleviating invisible walls and helping general issues such as frame drops. To perform these issues, we have had to reduce the number of NPC’s and interactable objects in these places. We also had to make sure that all current quests (and some future quests) will still work as intended, which took quite some time. As we reduced these numbers, we noticed that frame rates became more stable and invisible walls became less frequent. This is not a complete fix, but instead is the first step in many on improving the performance of the game.

Rabam skills have been added to the game. Rabam skills allow you to combine two powerful skills into one, giving you the option of having an even more powerful skill. This fusion does not remove component skills, and instead creates a whole new skill for your character to use.

There are 2 sets of skills to learn, each set having 2 Rabam skills. You can learn one set of Rabam Skills at LV.56 and one set of Rabam skills at LV.57. In a set, the two options have the same first skill, however the second skill offers a different effect. This could be something like extra damage or extra Crowd Control. Make sure to look at both skills before making your choice.

Example:
Once you reach LV.56 as a Sorceress, you will find 2 new skills in your skill list (as long as you have the proceeding skills leveled up). You may choose one of these skills to fill your LV.56 Rabam skill slot.

※Tamer and Striker will be able to get their Rabam Skills when their Awakening makes its way to Black Desert.

Imperial Fishing, Imperial Cooking and Imperial Alchemy have been added to the game. The Imperial Delivery system allows you to make effective silver from different life skills. As you make certain foods/alchemy products you can bundle them up and sell them to Imperial Delivery merchants scattered around the world. For Imperial Fishing, most breeds of blue or yellow fish can be delivered for a 250% increase on their base value.

With Imperial Fishing also comes Hotspots. Take to the seas and keep your eyes to the horizon as seagulls are well known for hovering over schools of big fish. If you see the seagulls, head over in a boat and cast a line to catch certain yellow grade fish, which can then be traded to imperial Fishing Delivery NPCs. You can see fishing hotspots at nearly every level of fishing, however once you reach Master 1 fishing, you will be able to see every active hotspot in the ocean.

The Arsha servers have been added to the game. These servers are PvP servers where you can engage in PvP without the penalty of losing Karma. Although Karma cannot be dropped, heading to the Arsha servers as an already negative Karma player will carry the same penalties. Additionally, the punishments of PvP in the Desert (Chaos Mark) will still apply, meaning that you can still be sent to jail. Although Karma cannot drop, you will still be able to gain Karma, making it the ideal place for adventurers looking to increase their Karma.

To encourage the use of the Arsha server, characters that are over level 50 will receive a +50% item drop rate when playing on the server. Remember, the Arsha server is a dangerous place, and it is up to you whether the reward is worth the risk.

The following restrictions apply to the Arsha Server:

Shakatu has been trading across the desert sands for many years and has learned how to get the most out of each trading route. Although he has experimented with Camel caravans, he found that the most effective way to transport large quantities of items across the desert was with the Miniature elephants.

These Miniature elephants can carry up to 16 different items, and can carry up to 830LT without penalties, or 1700LT with minor speed penalties! They are also well equipped to deal with the desert sands, and can happily travel across the desert unhindered! Miniature Elephants do not come cheap, especially as the only place to pick one up in at Shakatu’s Villa.

Elephants can learn up to 8 skills, which can be found below.

In order to get your elephant, you will need to start with the “[Villa] Especially Adorable Elephant” quest from Serazad in Shakatu’s Villa. Complete the chain of quests up to the “[Villa] Owner of a Special Elephant” to get the “Registration: Miniature Elephant”.

Leveling up past 58 can be an incredibly daunting and time consuming task. To make leveling up easier, we are introducing Marni Stones to Black Desert.

These stones can be purchased with silver from Wacky Toshi, an NPC that appears in various locations. Marni stones collect samples of creatures as you kill them, and Wacky Toshi rewards those who collect enough samples with extra combat experience.

All Marni Stones are specific to a set of enemies, and will only increase their progress when these monsters are killed. You can have as many Marni Stones as you like in your inventory, however the stones will not progress simultaneously. Marni Stones that are fresh are displayed in yellow, stones in progress appear as blue, and filled stones are orange. You can also see a stone is full when the kill count has turned red.

Your first Marni Stone will come as courtesy of the Black Spirit as a quest, but after that you will need to purchase your Marni Stones from Wacky Toshi. You can find Wacky Toshi at the following towns: 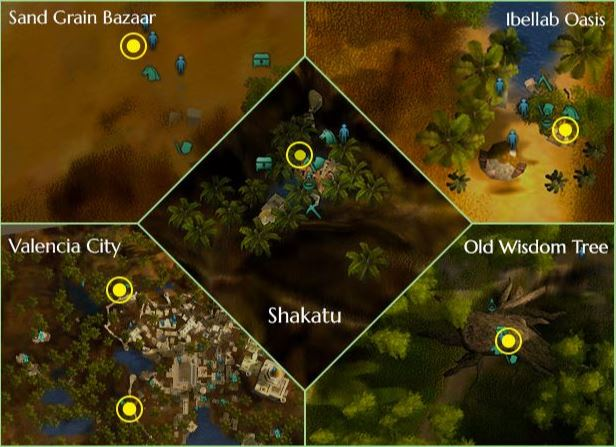 Wacky Toshi will also appear at Cadry Ruins, Gahaz Bandit’s Lair, Roud Sulfur Works, Titium Valley and Bashim Base. The enemies that can power a Marni Stone are as follows:

Marni Stones cannot be used once the character has reached level 62, so be sure to purchase just the right amount of stones.

Speaking of Valencia, you can now obtain Yona’s Fragments by defeating monsters in Valencia [with the exception of monster’s found in Aakman Temple, Hystria Ruins, Crescent Shrine and Basilisk Den].

Yona’s Fragments are a key material in the creation of some of the best accessories found in Black Desert. With a level 5 jeweler, you can use Yona’s Fragments to create a Ring of Crescent Guardian, Ring of Cadry Guardian, Centaurus Belt, Basilisk’s Belt, Serap’s Necklace or a Sicil’s Necklace. Other components are also required.

To craft them, you will need to purchase a level 5 Jeweler house. These houses can be found in the following locations.

You can also obtain Yona’s Fragments by heating certain yellow grade accessories. In order to do so, you will need the knowledge “Ossa Dilla’s Special Heating Method”, which can be obtained for 30 energy from the Arms Vendor NPC Ossa Dilla in Valencia.

Once obtained, you will be able to heat the following accessories for Yona’s Fragments:

You will obtain the same amount of Processing EXP by heating yellow grade accessories regardless of the quantity of Yona's Fragment produced.

The first quest of the Hystria Temple questline is “Rumors at Ibellab Oasis” which can be obtained from the NPC Sameh in Ibellab Oasis.

After completing each quest chain, you will have to pay 1 Black Spirit’s Claw to NPC Atosa in the Aakman Node to gain quick access to both Aakman and Hystria.

Instant potions have been added to the game. These potions have a much lower cooldown than regular potions, their cost is much higher to compensate. You can pick up these potions from any general goods vendor in the game. Will be updated

You can now also obtain the Hero’s Song by defeating World Bosses. This item contains a hymn written for the brave heroes that protect the Black Desert world. By reading the hymn, HP auto-recovery will increase for 30 seconds. This item is used instantly after obtaining it.

This update will add a new skill to the Warrior’s awakening kit, changes to the Ranger as well as changes to certain classes passive skills which will allow them to unlock new levels of passive skills.

For certain class passives, we have increased the amount of levels that are possible to obtain, while also reducing the level in which they can be obtained. These changes will only apply to the following classes:

As their levels are changing, we will be refunding skill points in these skills and resetting them back to I. Please make sure that when you reenter the game with any of these classes, you check your skill menu to make sure that your passives are invested in.

Any passive skills which previously had their highest level as X, has been expanded so that XI is now the highest level. The XI level of passives can be learned at level 63.

Any passive skill where XX was the max level, can now be enhanced to level XXI and can be learned when the character reaches level 63.

A new awakened skill, ‘Frenzied Strikes I, II, III’ have been added. The majority of skills for the awakened warrior are not able to be used while they are off cooldown. This was never changed as it was an original design choice for the class, that their attacks would be slow but powerful, matching the heavy hitting ideal of warrior. This also allowed users who were good at weapon swapping to truly excel as the class, but made the class a burden for those who didn’t swap as often. Therefore we decided to add the skill ‘Frenzied Strikes’ which has a short cooldown and great damage. We have also combined Head Chase I,II,III into Head Chase, and skill points used to level the skill up have been returned.