A new update has been released which includes Kunoichi, New UI and the heavily requested Training Dummies feature! Check out all the changes coming with this latest update!

The Enchanting Shadow makes her way to Black Desert. Start your new adventure with Kunoichi today! Uncover the Kunoichi’s past in our GM Note: [Link]

A new UI is being rolled out for Xbox One. You may have seen some parts of this being added over time (Fairy UI, New Mailbox) but we have added a large portion of the new UI to dialogue windows, enhancement windows and more. Check out the screenshots below to see the new UI elements added to Black Desert. 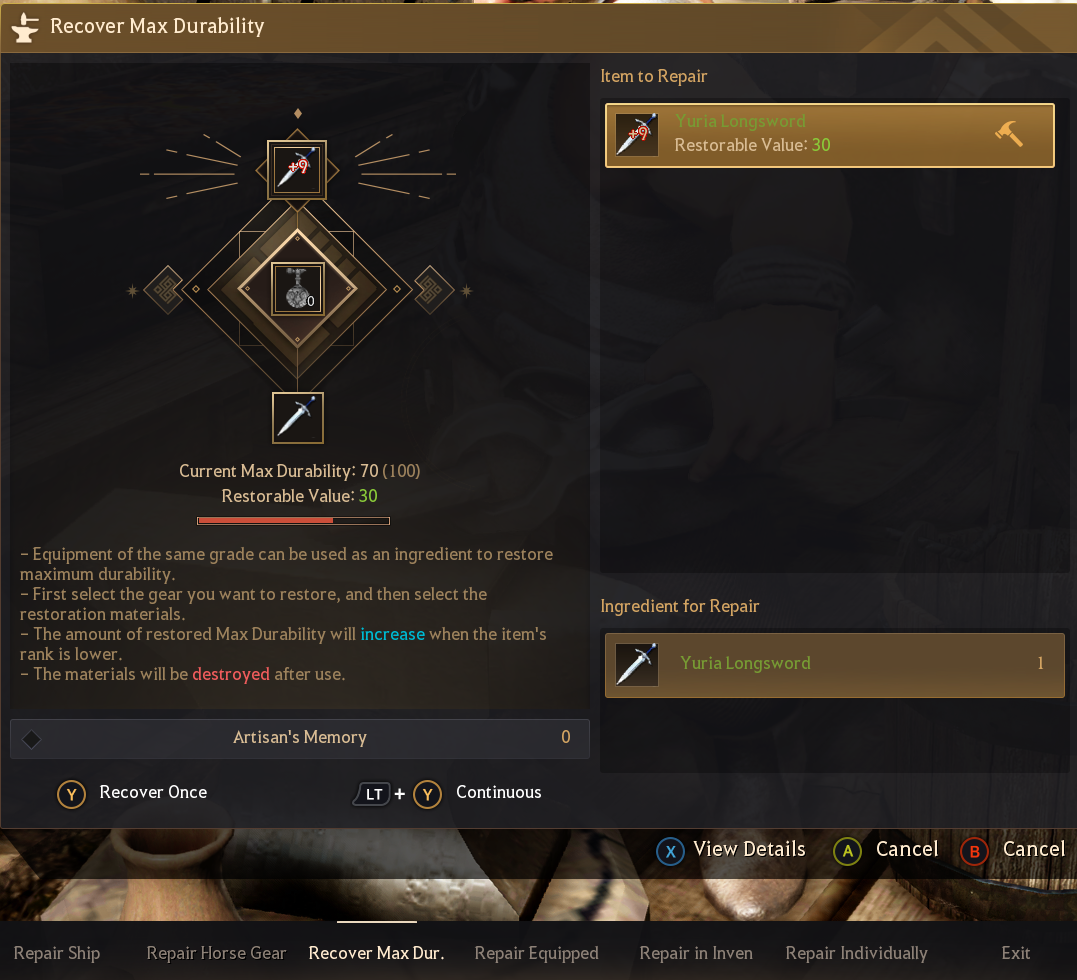 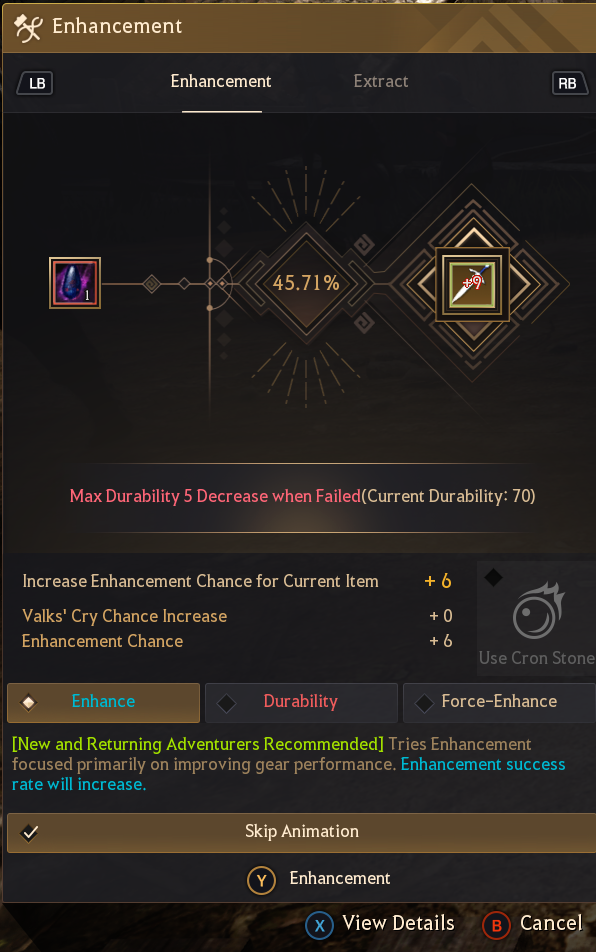 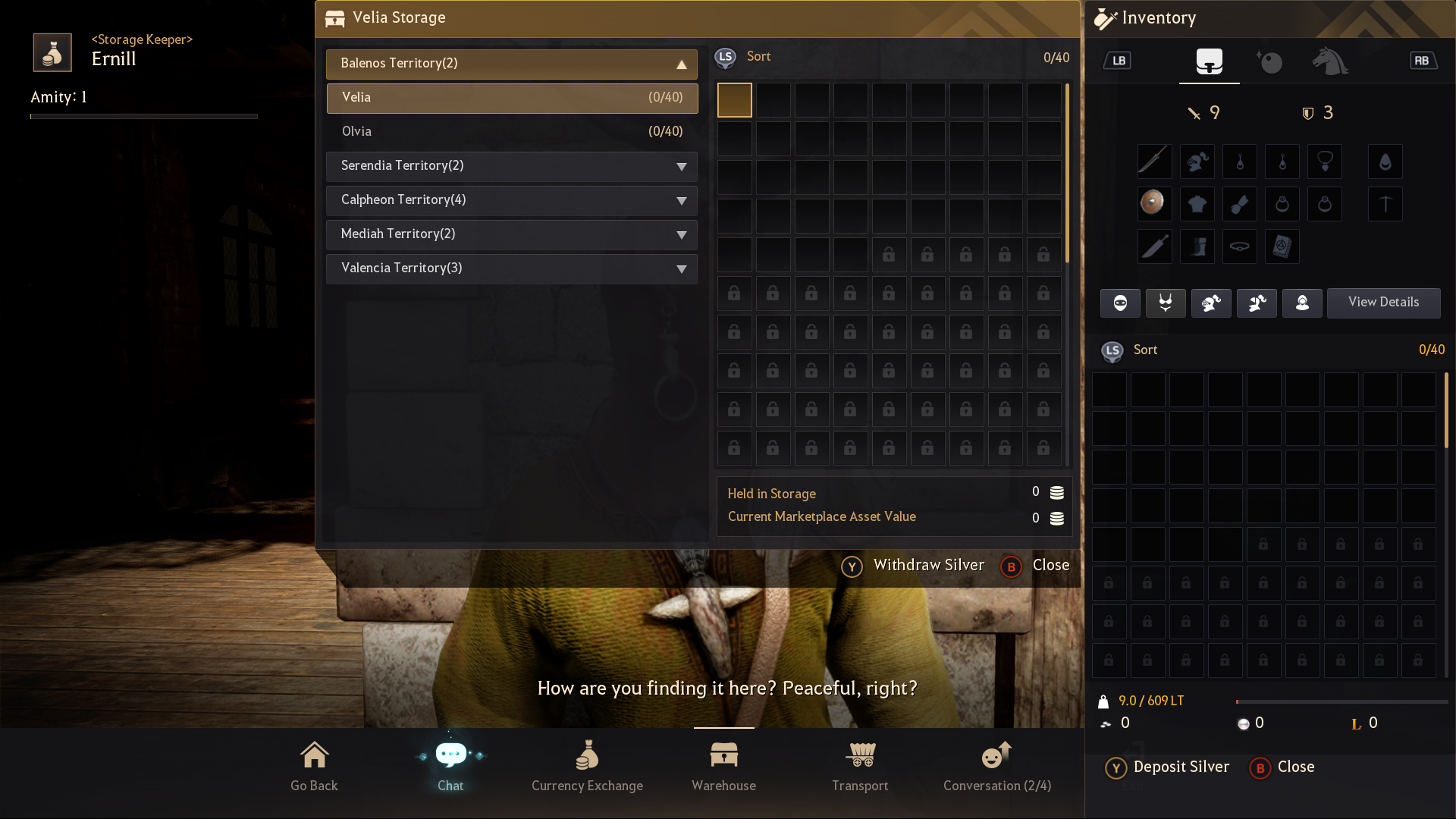 Other UI changes applied during this update include the Patrigio’s Apparel Bag and Morco’s Gear Bag, confirmation windows and the number input window.

When using the Training Manual, you will be able to gain Combat and Skill EXP and a significantly lower rate than fighting monsters, however the EXP you gain will still be subject to other Combat EXP buffs such as Golden Bells, Hot Time Events, Milk Tea, Scrolls.

This update will also improve the rewards one can get when hunting the monsters, ‘Blue Whale’ and ‘ Fugitive Kalk’. The following changes have been made:

There will be extensive changes to items rewarded via quests, and new items added which will help new and old players alike power up their characters.

Dev Note: We are overhauling rewards from missions and side quests to make the rewards more accessible for newer players. Beginner adventurers should be able to get items that will help them advance at a solid rate, and in the game right now, some of those key items that can really make a difference are locked in side quests that have requirements higher than the point where those items are relevant.

Due to this, we are restructuring quests to give these key items at the right time. We are also making changes to some of the items that can be obtained. We will be adding a new set of accessories that when enhanced, will not be consumed but instead their maximum durability will be decreased. This will give those newer players a reliable set of accessories that, although it will be weaker than the more powerful accessories, will act as a foundation for their accessories moving forward without the risks of completely losing them.

We have removed certain items gained from the following side quests, and replaced them with items that will now be rewarded through the main quest.

These items can be obtained in the following quests

The following quests that show up in your recommended quest tab have been removed.

Because of these changes, we have had to modify the rewards of the previous subquests so that they no longer award the items that are given during the main quests.

The Red Sand Crystal Ring replaces accessories currently given from Valencia quests. Rings previously earned through the quests will remain, however they will no longer be obtainable.

The Forest’s Eye Earring replaces the earrings currently given in the Kamasylvia quests. Earrings previously earned through the quests will remain, however they will no longer be obtainable.

The Red Sand Crystal ring and the Forest’s Eye Earring can be enhanced to Tri, and requires ‘Freed Magical Black Stones’ to enhance and ‘Freed Magical Shards’ to repair durability. Unlike other accessories, the Red Sand Ring and the Forest’s Eye Earring are not consumed during a failed enhancement, and will lose durability like weapons and armor. These items can be obtained throughout the Valencia and Kamasylvia main quests, and the Stones and Shards required can also be gained from the following Daily Subjugation Quests in those regions.

You will be able to collect the ring from the following missions.

The Red Sand Crystal Ring can be enhanced to Tri, and has the following stats:

The following quests can no longer be accepted.

※ For those who have already completed the quest lines, you will receive 1 of each weapon/armor and accessory per family through your mail.

To help improve Node and Conquest wars, we have made the following changes to annexes and forts.

We have made some small adjustments to both the Tamer and the Dark Knight.

- Increased the number of maximum hits for the skill ‘Cloud Stomping’

- Damage of Cloud stomping has been increased by around 10%.

We are removing Green Armor from vendors across Black Desert. This is in an effort to stimulate the Central Markets prices for these items, and make earlier areas of the game a little more profitable. The following items have been removed from NPC’s.

Note: You can still purchase these items from vendors when you have the correct amount of amity. Amity is consumed when purchasing items this way.


We will also be raising the maximum prices of the following items on the Central Market. Items will not be set here, but will be able to reach new heights.

[Updated] The following changes were made to Dandelion Weapons:

Conquer The Altar of Blood