Adventurers,
A new update has been released which brings with it a whole new region to explore, new field bosses, new life skill mini-games and more. Find out what’s coming in the April 1st update!

The land of Dragons is finally available as Drieghan is now available. This mountainous region was once teeming with dragons, but after the Great Battle, all of them are rumored to have been killed. The Sherekhans, the brave warriors who slew the dragons now rest in the Sherekhans necropolis. Find out more about the region of Drieghan in our GM Note.

In order to pick up the '[Drieghan] A Message from the Queen' quest, you will need to have finished the following quests and be level 58:
Heart of Kamasylve
or
[Crossroad] Yes, it is poorly Governed and their armies are pathetic
or
[Crossroad] No, their elite forces hold their mountains tight.

Rumours have it that Leebur is imbued with magical strength and knowledge gifted to him by Garmoth after the battles with the Sherekhan. Upon smelling the blood of Leebur’s enemies on Gamroth, Leebur pledged eternal loyalty to the Crimson Dragon.

Leebur is a scroll boss, and when defeated will have the chance of dropping ‘Leebur’s Gloves’. Leebur’s gloves offer more DP than ‘Bhegs gloves’, at the cost of accuracy. 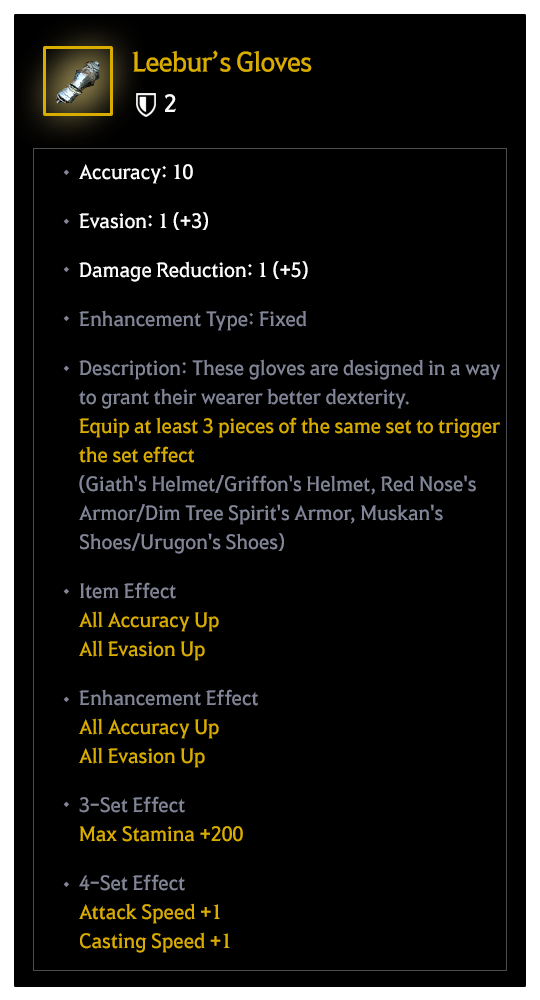 Katzvariak is an anthropomorphic lizard that leads the Kvariaks. The leader has not been seen for a long time, but has recently resurfaced along with reports that Garmoth has awoken. This colossal figure has taken many an adventurer's life.

Katzvariak is a field boss and will randomly spawn on servers at random times. When killed, Katvariak will drop the ‘Eye of the Ruins Ring’ which boasts the same stats as a Crescent Ring, with the added bonus of extra HP at each level of enhancement.

Sightings of Garmoth have caused a frenzy amongst the residents of Drieghan, but as of yet his resting spot has not been discovered. He will be making an appearance in a future update.

Once thought extinct due to the dark corruption in the lands of Drieghan, the Lakiaro have started to once again appear across Drieghan. Not only that, but the plants are rumoured to also be growing in Kamasylvia too.

These medicinal plants are revered for their healing properties, and the older the roots are, the more sort after they are. Vendors across the world are willing to part with their life savings in order to get them. When digging up the Lakiaro, you need to be incredibly careful to not hit the roots otherwise the plant will lose value.

To start the Lakiaro minigame you will need to have a Dostter hoe and find one of the rare plants growing in the wild. Once you begin the minigame, your character will be unable to be attacked. 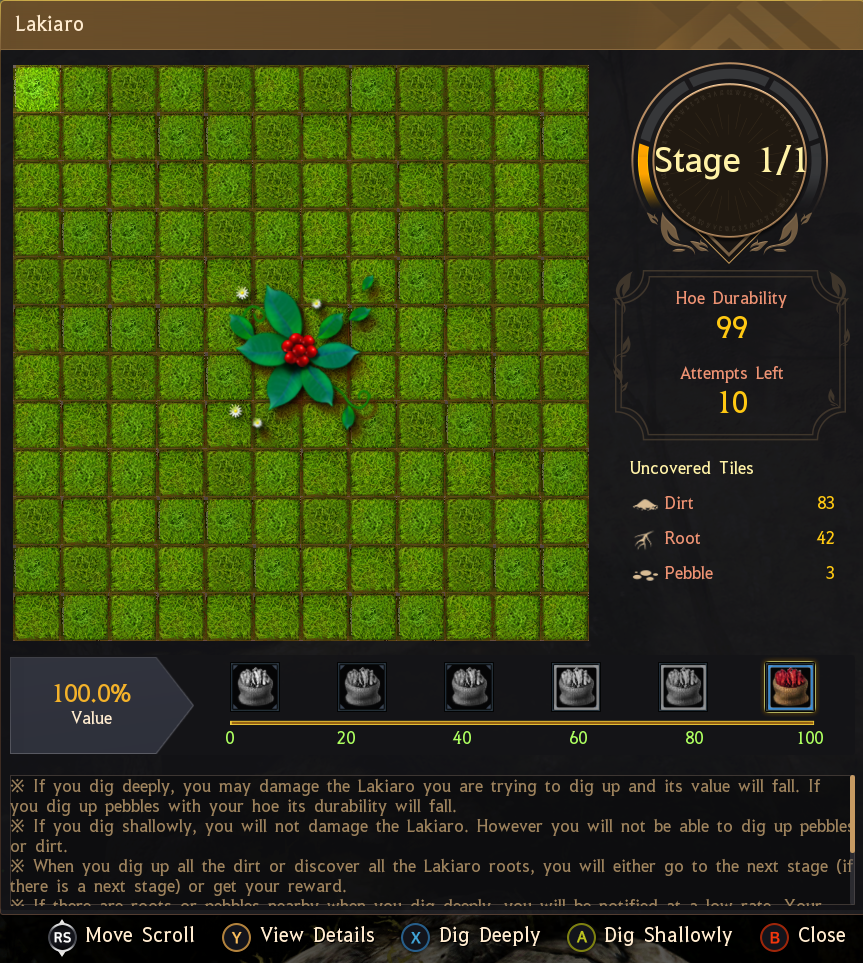 The goal of the minigame is to extract the roots without dealing too much damage to the roots. By selecting a square on the grind and pressing either X [Xbox] /square [PS4] (deep dig) or A [Xbox] / X [PS4] (shallow dig), you can start to dig up the roots. The amount of rewards you get at the end of the minigame will depend on how damaged the root is.

While digging up the Lakiaro, you will have the choice of either deep digging of shallow digging. Deep digs are unlimited, but Dostter Hoes have a limited number of shallow digs. Both of the digs have a different effect.

As Europe enters summer time, we will be adjusting all timed events (Node Wars, Conquest Wars, World Boss) so that the times once again match their usual times for players. During this time, you will see us use UTC+1 as the time zone. This allows your current methods of working out time differentials between our official notices and your own time zones (i.e If you are in France, your times will still be our advertised time +1 hour.)

We have also made changes to make hunting a more pleasurable experience. The first change is that the animation for kneeling and getting back up with a matchlock equipped has been increased by around 30%. Reloading has also been improved so that it will now reload one bullet at a time. If you are interrupted during the reload animation, you will keep however many bullets are currently loaded into the rifle (for example, you reload 2 bullets and then get interrupted, you will keep 2 bullets.)

Dev Note:
The mechanics of using a matchlock has been relatively frustrating for sometime. We wanted to alleviate the frustrations so we improved the animations of using the matchlock, and also improved the way that reloading works.

Other System Changes
● You can now substitute 1 Dried Squid with 1 fresh Squid in cooking recipes.

Changes have also been made to the Kamasylvia quest line. It will now be easier to interact with Catherine’s Journal in the main quest ‘Sea of Spring’. We will also be changing the quest objective of Igor Bartali’s Adventure Log Chapter 3 entry 4. Instead of just quipping the earring left behind by the Witch, you will need to show it to a certain NPC.

Changes have been made to the following UI Elements:
-Guild/Clan UI
-Server Select Screen
-Certain Minigames

There will be changes to the balance of structures in Node and Conquest War. These changes will improve the defensive aspects of structures within wars, and make it slower for them to be destroyed.

This update will be making significant changes to most of the classes in Black Desert. This includes the reduction of accuracy in certain skills, and some other quality of life additions to several classes.

100% Accuracy Changes
Today’s update will adjust the accuracy rate of many skills in Black Desert. The 100% accuracy skills are a very important part of PvP, but they have become too overbearing and nullify the effectiveness of evasion. These balance changes were aimed at classes that can use these skills in combination with overpowering combos that can give little chance for the opponent to play out the fight.

The following skills have had their accuracy rates changed from 100% to 50%.

● Changed the ‘All Evasion’ rate effect of the skill ‘Smokescreen’

● Sudden Decapitation will now allow you to switch from pre-awakening to awakening.
● Drastic Measure can now be combo’d after Vacuum Slash or the second hit of Sudden Decapitation
● Flow: Execution can now be combo’d with the transition stance attacks of Serpent Ascension.
● Changed the All Evasion Rate effects of the following skills:
- Ninjutsu: Oni Shadow
- Shuriken: Moon Dive

● Fixed an issue where certain skills were showing the wrong number of hits in the transition stance attacks of Serpent Ascension.

● Added an ‘All Evasion Rate -3%’ effect to successful hits of Sticky Snowflake
● Corrected the attack range of Sticky Snowflake so that the range now matches the skill effects.
● Corrected the following skill descriptions to include the accuracy effects:
-Petal Drill
-Black Spirit: Petal Drill
-Petal Bloom
-Black Spirit: Petal Bloom
-Flow: December
-Flow: Cloud Stab
● Flow: Moonlight Dash can now be added to the ring menu.
● The damage dealt by Flow: Moonlight Dash will now correlate to the damage dealt by the Petal Bloom skill used prior.
● Corrected the attack range of the following skills so the range better matches the graphical effects:
-Frost Pillars (when not on cooldown)
-Flow: Tip of an Iceberg

● Fixed an issue where Engulfing Shadow activated without the dashing motion when the skill was used after certain ranged skills.

● Fixed the issue where all the Martial Spirit Shards were consumed when using Crouching Wolf to Flash Step when you had 2 shards available.
● Fixed an issue where Striker would return to combat after switching to non-combat mode in awakening.

● Due to the current server issues, we will be removing crystal shattering and EXP loss on death for the foreseeable future. We will announce when this will change back to normal.
Note: If you are negative Karma, you will still receive your normal death penalties.
● We have applied a change that should help mitigate crash issues. This change may cause slight increases to first time load times. We will be monitoring this change carefully.