The war between the dragons and the Sherekhans was one so devastating that it left Drieghan in complete ruins. An unprecedented battle in size and scope, called the Great Battle, was fought during the war. At first, the Sherekhan led tribes of Drieghan successfully subdued the dragons by gathering wisdom and mustering their forces. However, once Makthanan the Black Dragon appeared, the tide of battle turned against the Sherekhans. The Black Dragon had acquired unrivaled powers by swallowing the Seed of Shadows—a giant and pure Black Crystal often found in the Iron Mine in Drieghan. Together with his faithful servant Garmoth the Crimson Dragon, Makthanan engaged the Sherekhans in battle.

The almighty Makthanan, however, failed to overcome the will of Akum the Last Sherekhan and met an untimely death. Garmoth too was severely injured in battle and was forced to retreat deep into the seldom visited lands of the Blood Wolves. Once he reached the Blood Wolf Settlement, Garmoth was cared by the wolves and was eventually able to recover his strength.

A hunter witnesses something bizarre while hunting at night. Wings… spread out wide above the hill… They were the wings of a dragon.

The cry of the hunter resounded from Night Crow Hill and soon reached Duvencrune. Chief Durgeff silently gazed at the fire from the beacon with his hands tightly locked and his body quivering from fear. Even though they were known as the descendants of dragon slayers, Chief Durgeff and the others never encountered a dragon before. Fear grew inside them as they knew that the dragon greatly overpowered their forces.

The Dreighanese Congress convened an emergency meeting and held back-to-back debates on what they should do to resolve the situation. Chief Durgeff of Duvencrune, who also served as Chairperson of the meeting, urged other Members of Congress to accept reinforcements from other regions by arguing that they were imperative for Drieghan’s survival. Her arguments eventually won over enough members at the meeting. Up against a seemingly impossible foe, Drieghan was in no position to be selective about who could fight. It needed every last man whether they were hunters, mercenaries, or veterans to take up arms and join the fight. It was under these desperate conditions that Duvencrune decided to send its neighboring countries an urgent message: “Drieghan calls upon all able-bodied men to join the fight.” It was a moment that forever became etched in the history books of Drieghan. It was a moment that would be remembered for generations to come. 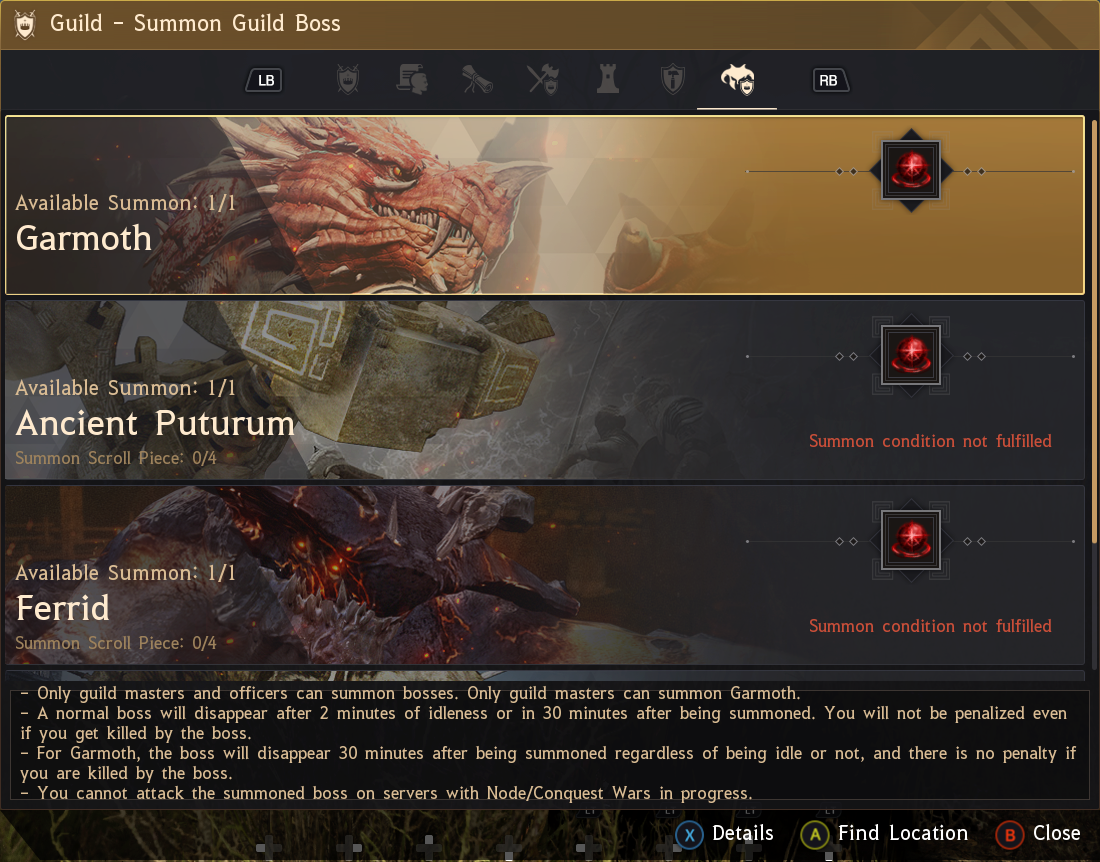 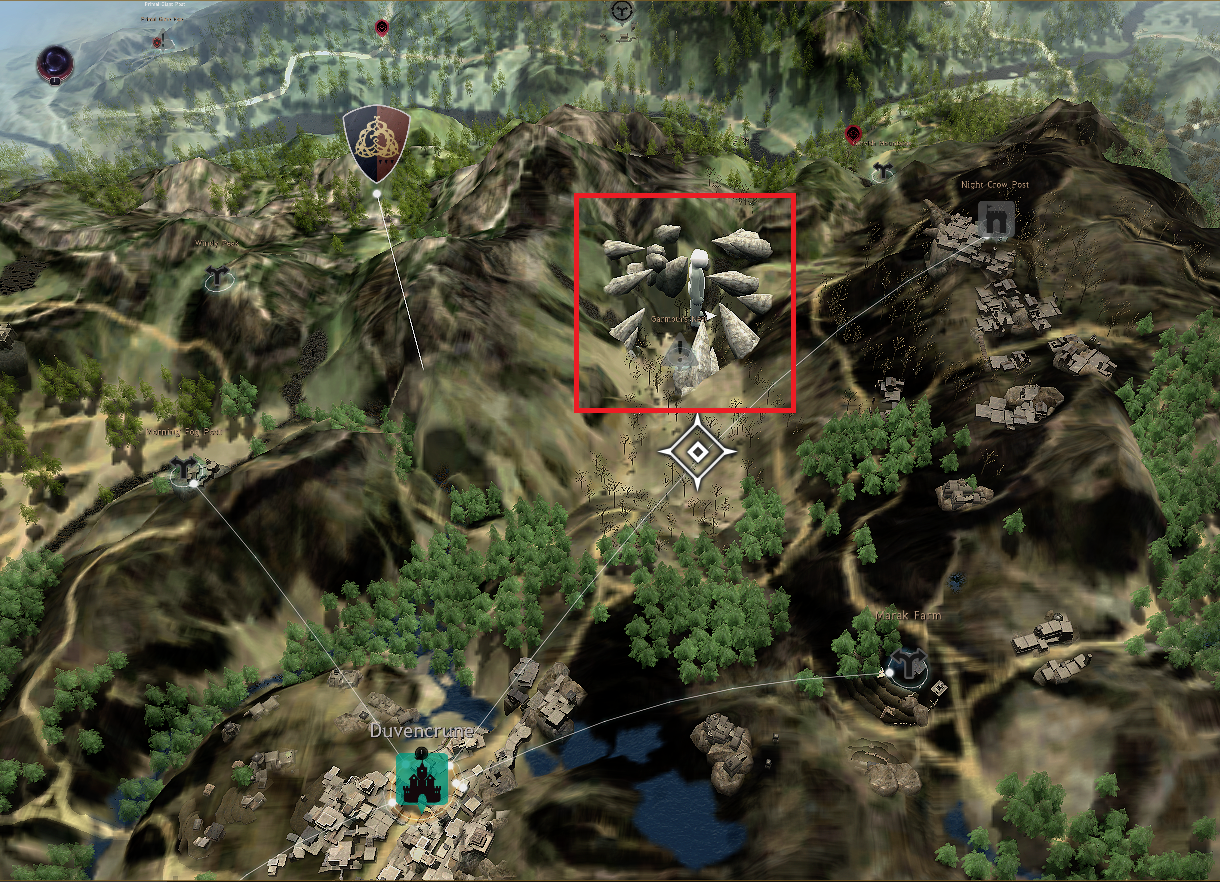 Defeating Guild Boss Garmoth is similar to the main quest “Face off against Garmoth.” Your mission is to fight off the threat that appears from the sky. Night Crow Soldiers will support you during the battle. 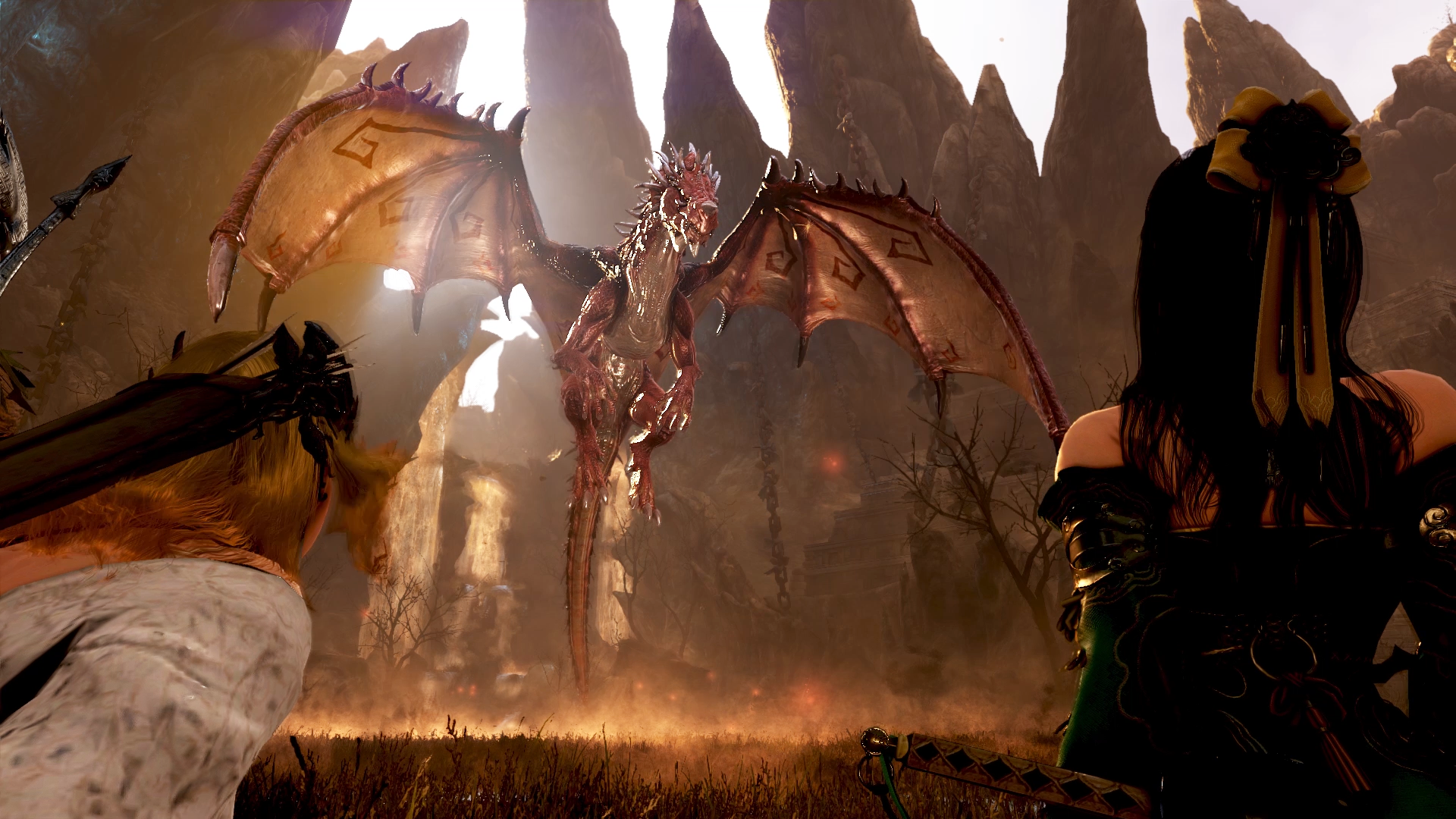 Garmoth deals physical attacks both on and off the ground, while using a variety of AOE skills, such as fire breath, to take down your guild members.

Cooperate with guild members to defeat the Crimson Dragon and attain various items. The rewards will be given to all members who participated in the battle and the amount of damage inflicted on Garmoth will not affect the type and amount of rewards.