Guild Houses are large buildings that are capable of accommodating many guild members at once. They only exist in villages that have achieved a certain size, and their owners are chosen through an auction unlike any other ordinary houses you can purchase using contribution points.

Guild House auctions will take place once every even numbered week of a month and during the following times. 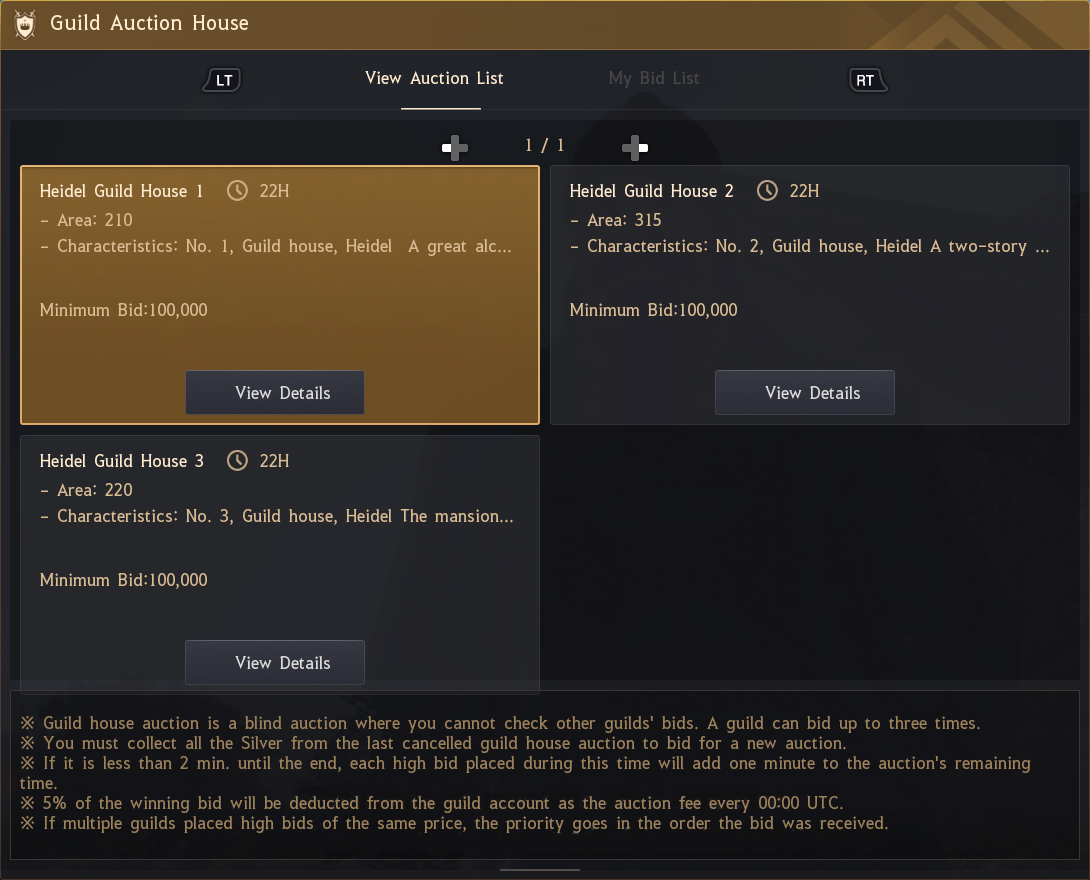 If no one bids for the guild house, the auction will restart automatically.

Once a guild wins a guild house, guild house maintenance fee must be paid everyday at midnight to keep using its features. This fee is proportionate to the winning bid and will be automatically deducted from guild funds. If the guild is running low on guild funds, the guild house may become unavailable for use. Guild Masters or Officers can also pay the maintenance fee out of their pockets. Any guild member can deposit the upkeep cost and Guild Masters or Officers can make the payment via Deposit Funds feature.

You can nurture the tamed baby elephant in the guild house (only available for guild houses in Valencia). However, the guild must have learned the guild skill “Monstrous Force” beforehand. Required materials can be purchased from the Guild Shop or be made through Guild Processing. Reach “Monstrous Force Lv. 2” and upgrade the Elephant Nursery to level 2 to craft gears for the elephant.

If the guild has obtained the guild skill “Fully Prepared,” you are ready to craft items that recover stamina of the elephant.

All of your guild house information including its upgrade, stored items, and crafting progress will be saved even if you lose the permit to another guild in the next auction. However, you will not be able to use the guild house for guild crafting until your guild wins the permit for a guild house again.

Valencian Elephants are a large mount used for node and conquest wars. It is highly effective in destroying barricades or wooden fences and can carry up to 3 riders.

How to Obtain an Elephant I: Quests

One way to obtain a Valencian Elephant is for the guild master to complete “[Guild] Gathering everyone’s strength.” If you are the guild master, you will be able to find it in Quest > Suggestions. This quest is followed by “[Guild] Gathering strength once again” and “[Guild] Our Guild’s Capability,” which you can get “[Guild] Registration: Valencia Elephant” from both. Each guild can therefore obtain a total of three elephants.

*This content is not available yet and will be added at later time.

How to Obtain an Elephant II: Guild House

Another way to get a Valencia Elephant is to participate in the guild house auction and win one in Valencia. Then, learn the guild skill “Monstrous Force” to open an Elephant Nursery and begin raising an elephant.

To raise an elephant, you first need to capture* a “[Guild] Baby Elephant.” Try looking for a herd of elephants inhabiting the Valencia Desert. You can tame one in the same way you capture wild horses. The process can be easier if you take a “[Guild] Desert Peanut”. You can buy Desert Peanuts from the Guild Stable Keeper. Once you successfully capture a baby elephant, find the Guild Stable Keeper and register it. 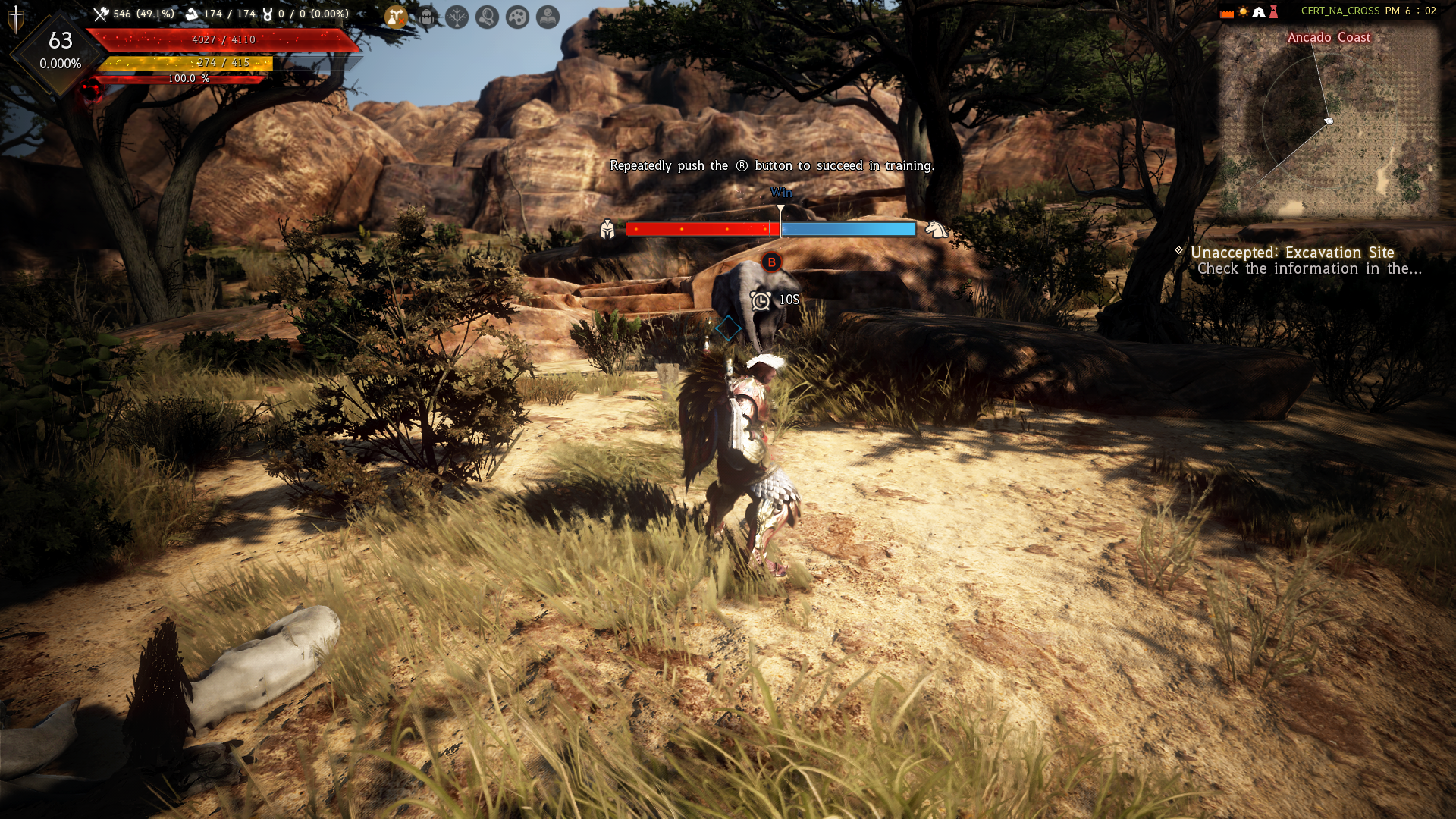 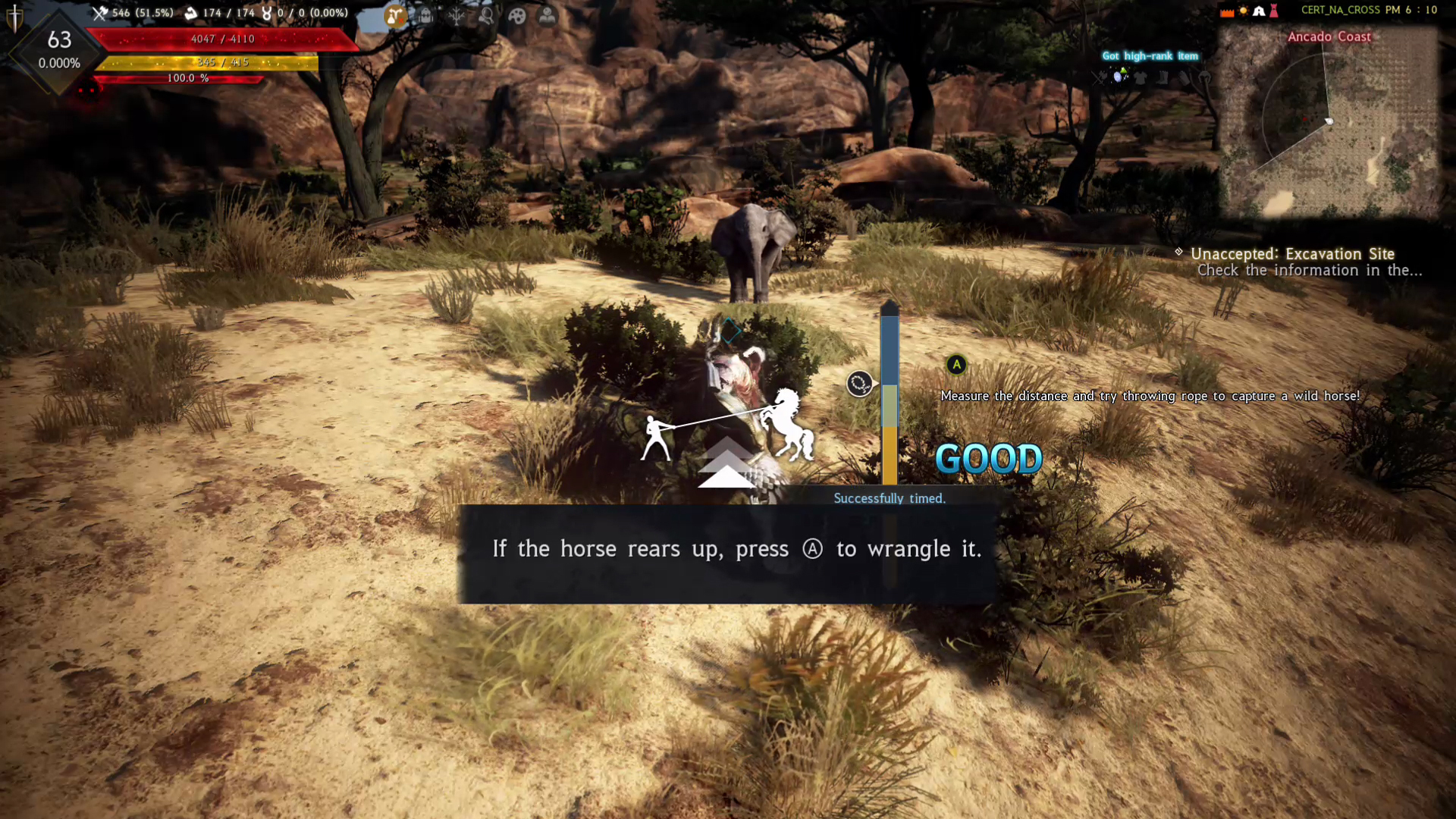 Put the baby elephant in the guild storage and use the Elephant Registration from Guild Window > Guild Crafting to begin nurturing it. Please note that you must first register the baby elephant as a material before raising it.

Required materials for “[Guild] Valencia Elephant” are as follows:

All the materials except “[Guild] Clearance Permit” and “[Guild] Baby Elephant” can be purchased from the Guild Stable Keeper or be crafted at the guild house.