Elvia Realm refers to the areas where Hadum, the goddess of despair who felled many lives in the western region and caused the great civil strife between Sylvia's children, has set loose her black sun upon the skies. 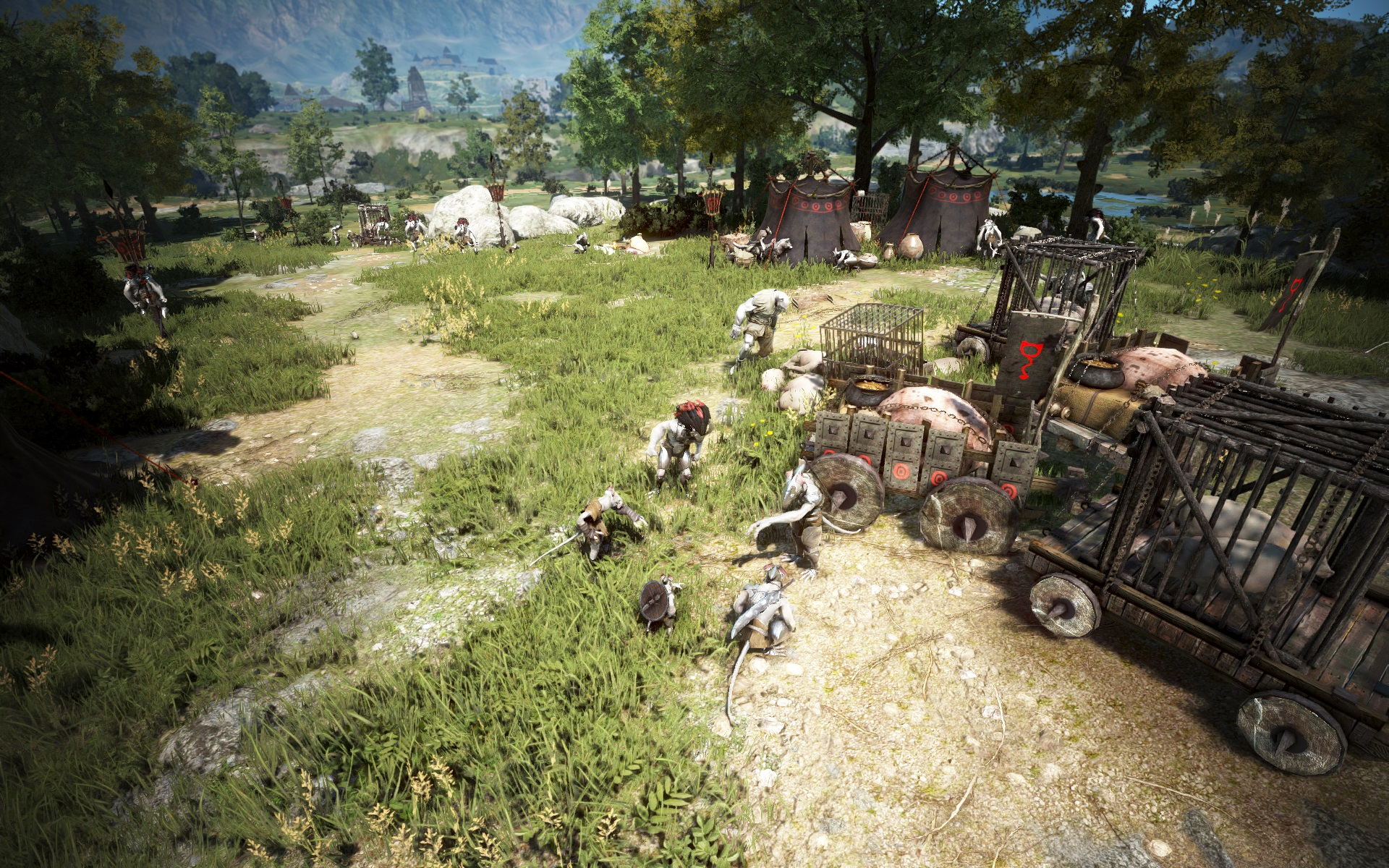 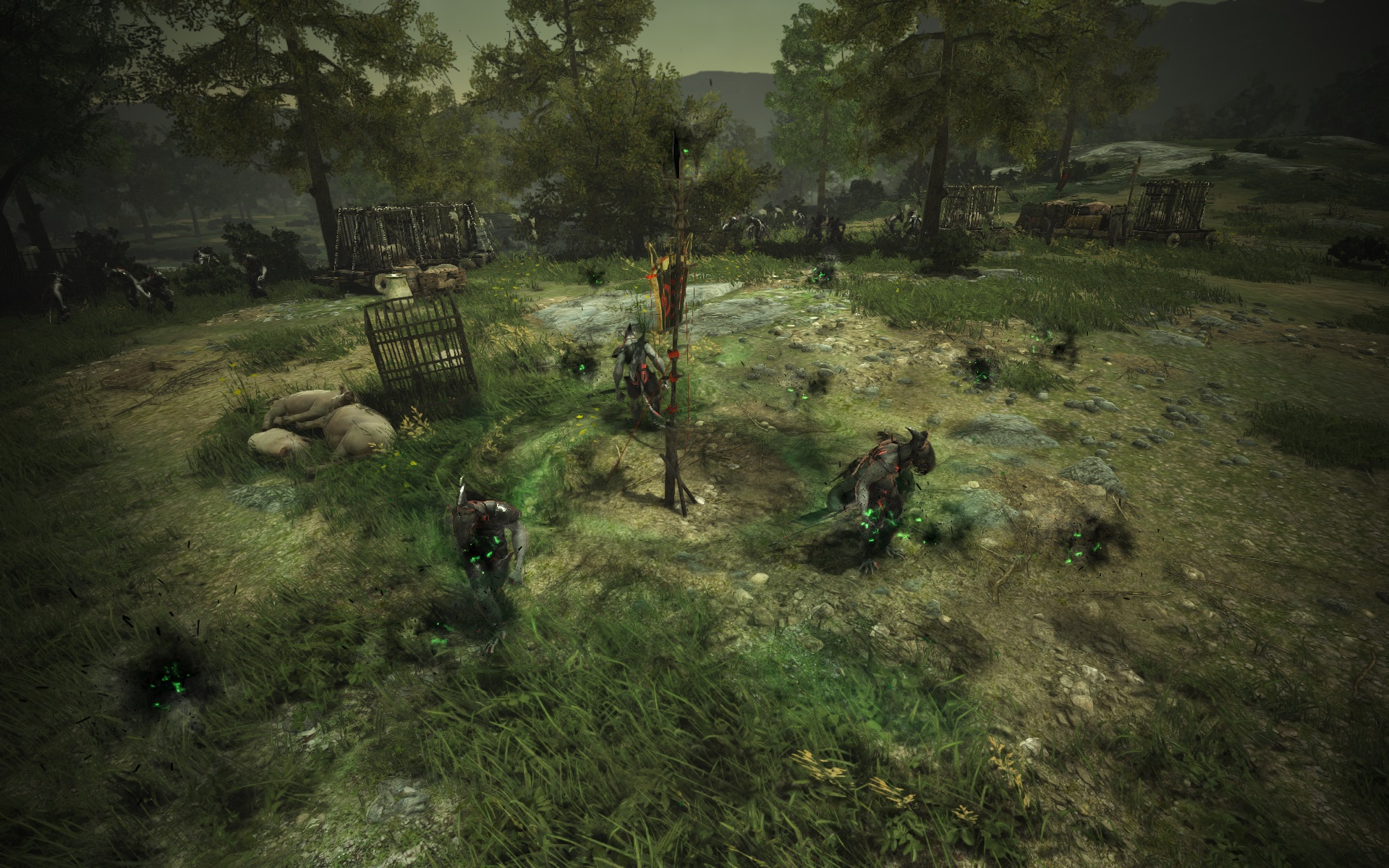 In areas where Hadum’s corruption has taken hold, monsters have become far more powerful. Be wary when you select servers as the servers with the Elvia mark have areas that have been corrupted.

For inexperienced Adventurers, it is highly recommended to play on regular servers rather than Elvia servers. Following the main questline will take you through areas that (on Elvia servers) have been corrupted, making it much more difficult to complete those quests.

For experienced Adventurers who are looking to challenge themselves, head into servers with the Elvia mark to brace the dangers and be rewarded for your efforts.

Bear in mind that unlike traditional monster zones, Elvia’s monster zones have unique attributes that must be understood in order to be effective in these zones. There are also Blessing of the Elvia Spirits’ weapon buffs that will aide you in your fights against these corrupted monsters, but they last for a certain amount of time.

In addition to expensive loot that can be sold, Adventurers who brave the Elvia monster zones can acquire special items that will allow them to upgrade their Blackstar defensive gear, items that can improve their accessories, and acquire new accessories.

The following areas have been corrupted by Hadum and have become Elvia monster zones on the Elvia servers. 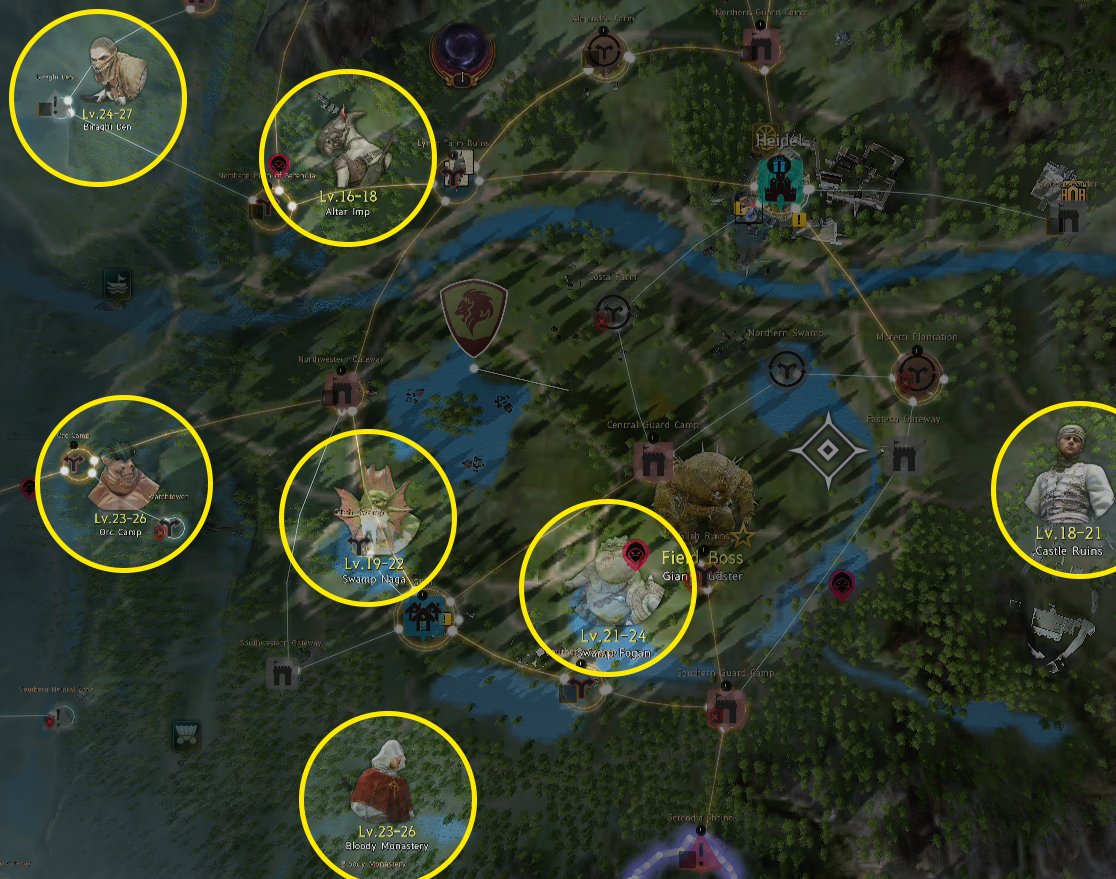 ▲ Be careful when braving these areas on Elvia servers

Monsters that have been corrupted in the Elvia Realm have special attributes. Knowing the attributes will help you match which Blessing of the Elvia Spirit’s weapon buff you need to increase your damage output.

You can check the attributes of Elvia monster zones in the table above or through the loot that you pick up from defeating said monsters.

While braving the dangers of the Elvia monster zones, you may find young ancient spirits. Interacting with the spirits will grant you a buff to your weapon. You will be able to choose whether you want the Blessing of the Elvia Spirit’s buff on your Main Weapon or your Awakening Weapon.

The Blessing of the Elvia Spirits’ weapon buffs have incredibly powerful effects, allowing you to defeat monsters with more ease. Keep in mind that if you receive the buff on your Awakening Weapon, you will be granted access to a special Elvia Skill.

※ The Elvia skill can be found in the Skill Window. 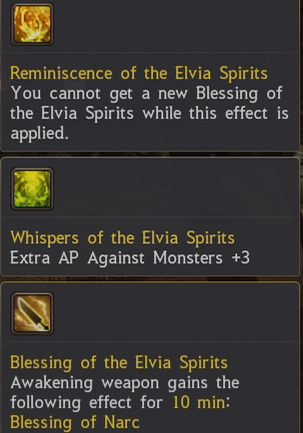 Each Blessing of the Elvia Spirit buff can inflict more damage to monsters that are vulnerable to that specific attribute.

The Elvian Spirits disappear after 5 minutes of their appearance. With one minute remaining before it disappears, the spirit’s appearance will change to indicate its impending departure.

Elvia monster zones have a variety of coveted items that will surely help Adventurers reach the peaks of Black Desert.

Full upgrade methods and the specs of items can be found in the [08/10 Patch Notes].

You can acquire items that will allow you to upgrade certain necklaces. Using the “Cup of Arid Moonlight” will give that necklace an additional “Max HP+150” effect.

You can acquire items that will allow you to upgrade certain earrings. Using the “Cup of Earth's Sorrows” will give that earring an additional “All AP +3” effect.