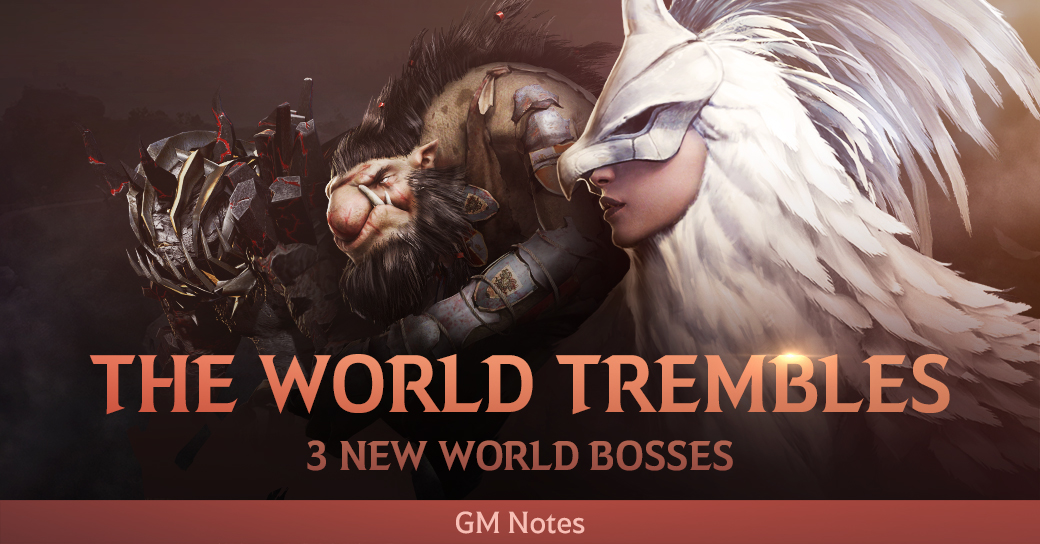 The world of Black Desert faces 3 new threats: the Queen of Harpies Karanda, the King of Ogres Muraka, and the First Ancient Troll Quint. Prove your might against these foes and earn chances at highly coveted rewards.

Along with 3 new world bosses comes a new World Boss schedule. Muraka and Quint are weekly World Bosses, while Karanda is a daily World Boss. Please check the schedule listed below. 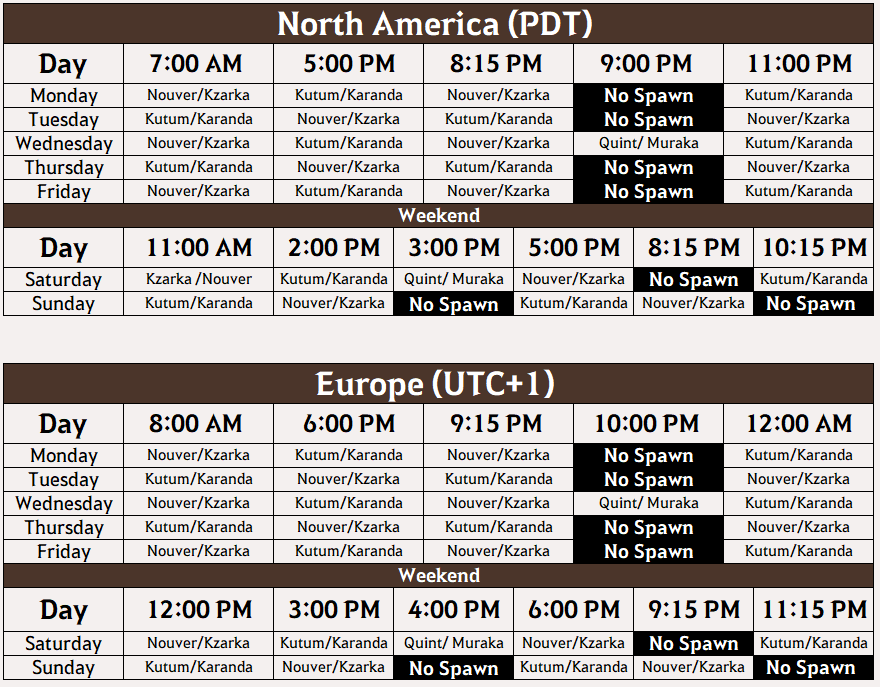 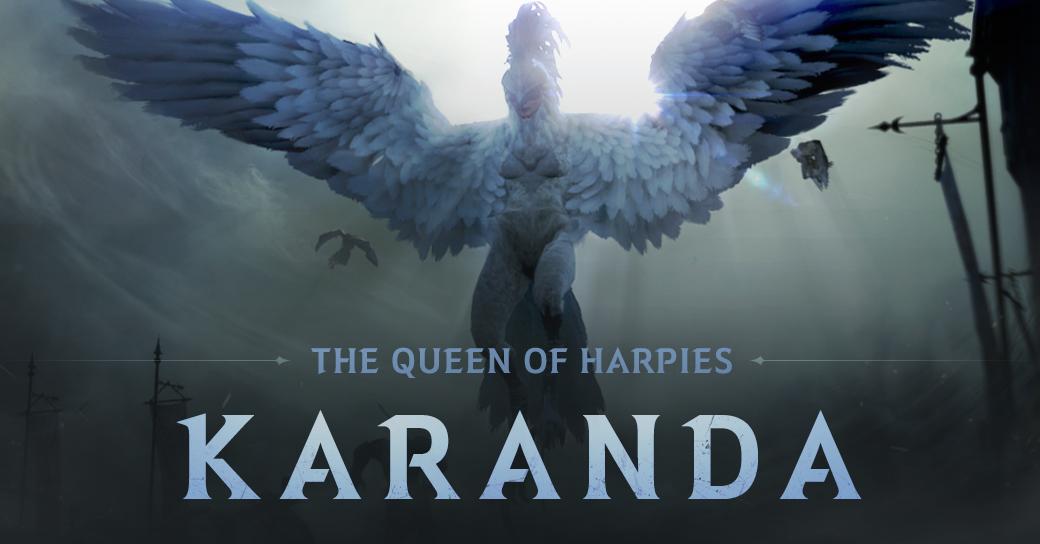 Harpies are ferocious beasts, but only the strongest can be crowned Karanda. As the leader of all harpies, Karanda defends the longevity of her species with her unparalleled speed and incredible strength.

Flanked by her harpies, Karanda leads the invasion of Delphe Knights Castle. None know why this war rages on, though some postulate that Karanda has a need to show off her superiority.

Any Adventurer foolish enough to challenge the Queen of Harpies can find her at Karanda Ridge.

Head north of Delphe Outpost and make your way to Karanda Ridge to face-off against the Queen of Harpies. 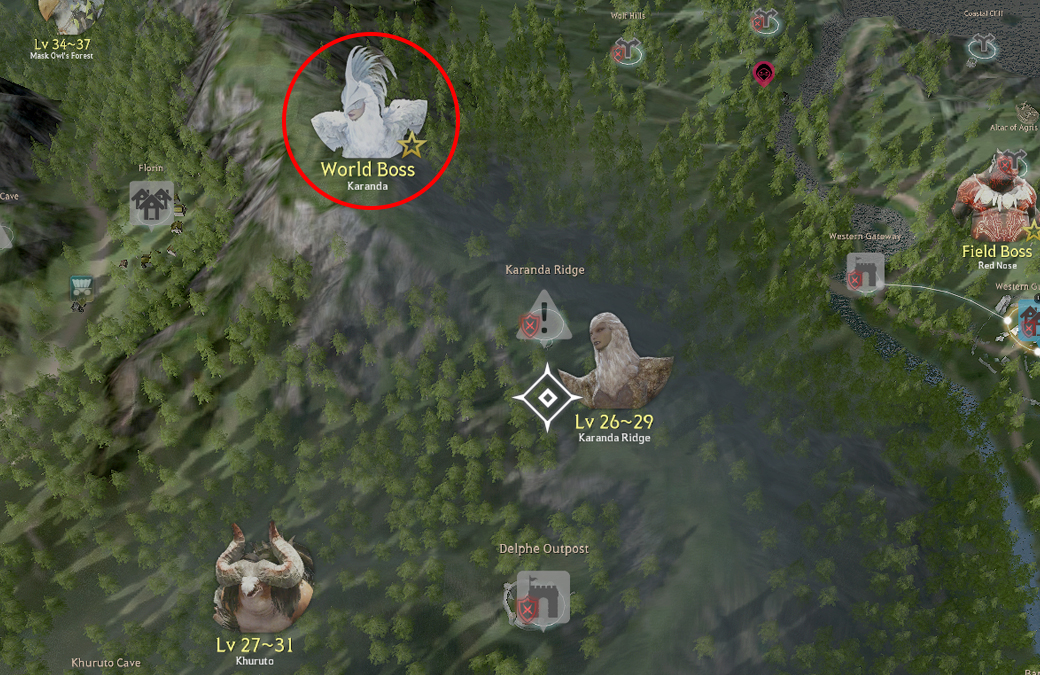 Karanda is one of the most difficult opponents that you will face, so make sure that you are adequately prepared. You will need high AP, DP, and HP, but even then Karanda is not easy to subjugate.

The Queen of Harpies is an opponent like none other Adventurers have faced; Karanda attacks from the sky, so you will need a different strategy to take her down. A word of advice: be nimble and keep moving to safety before Karanda launches her attacks. 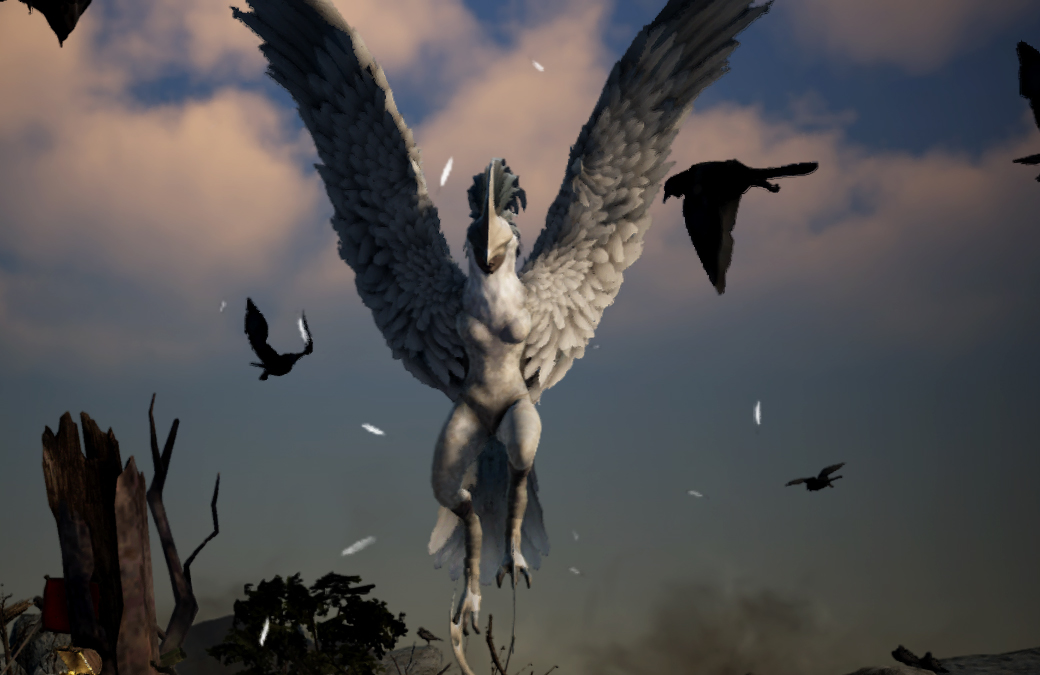 When Karanda flies towards the sky, move away from the edges and go under her - Karanda will attack everything around her.

Karanda will descend for just a moment and then take off again. Before she lands, quickly move away from her landing area to avoid her attack!

Karanda has devastating regular attacks, but she also has dangerous ranged attacks. Classes that prefer distance like Ranger, Wizard, and Witches will need to keep their wits about them and be wary of what comes at them.

Once defeated, Karanda has a chance to drop the Dandelion Weapon Box. This is highly coveted as it is the best Awakening weapon in Black Desert, maximizing your Awakening AP. 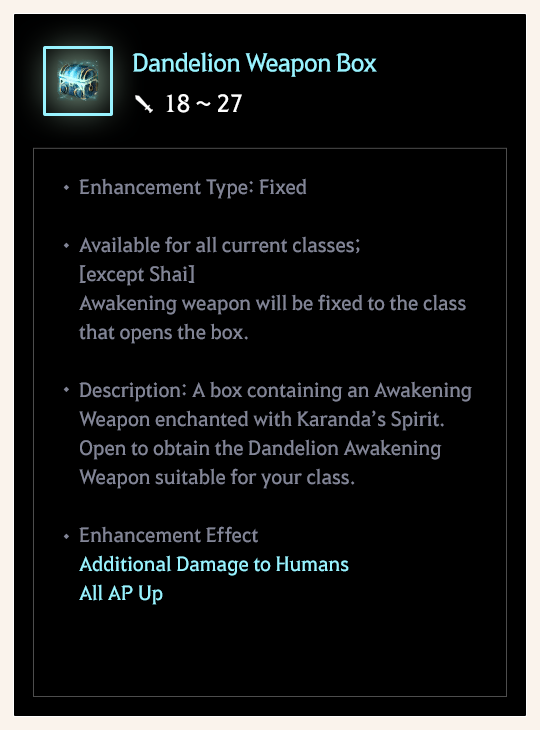 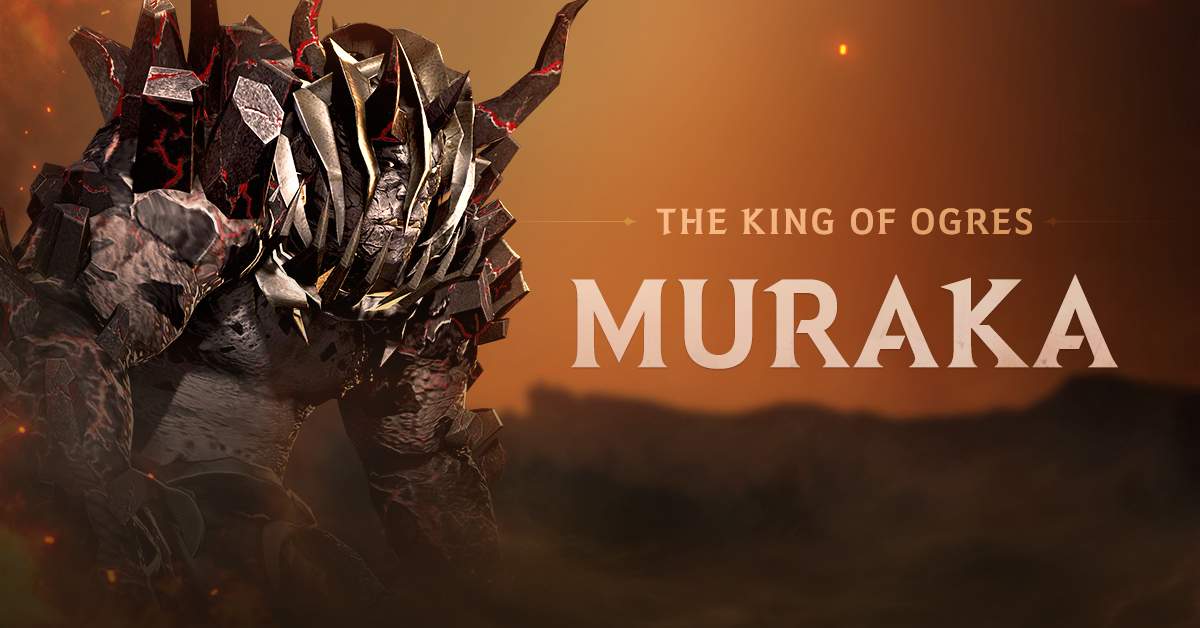 Mansha Forest - a place where Manshas live with bears, boars, and ogres. It is a place where they rob anyone who is foolish to travel nearby.

However, deep in Mansha Forest is a place where no Mansha would dare to go for they may incur the wrath of Muraka, the King of Ogres. Violent in nature and attacking anything in its vicinity, not even a tree is left standing around Muraka.

Muraka more than makes up for its lack of speed with its monstrous strength. Challenge Muraka in Mansha Forest and find out first-hand why it is known as the King of Ogres.

Journey west of Catfishman Camp and deep in Mansha Forest to find Muraka. 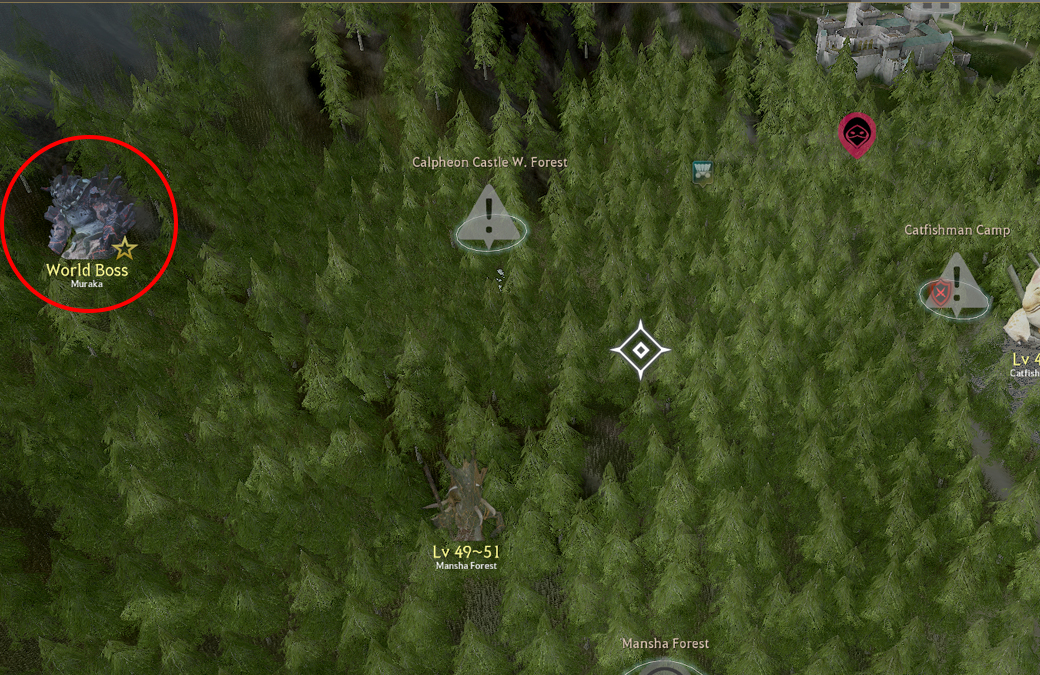 Though the King of Ogres, Muraka’s strength is vastly superior to that of any ogre that you have met thus far. Being light on your feet and precise with your attacks will give you a fighting chance against Muraka!

Muraka is slow in both movement and attack speed, but can lay waste to anything it touches. 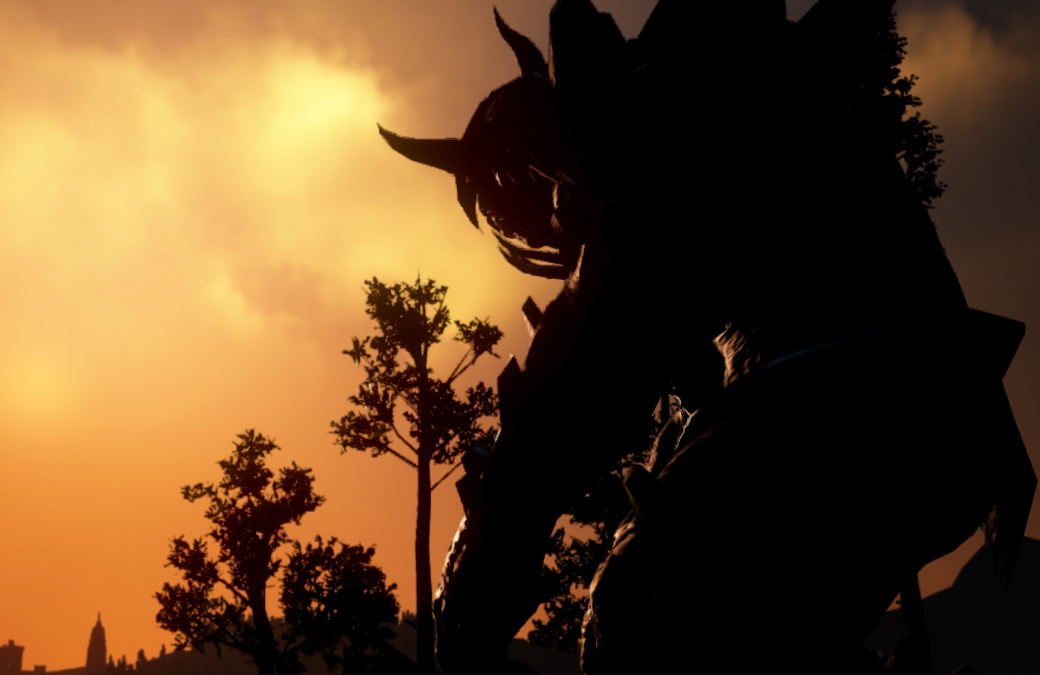 Muraka attacks everything in its surrounding - quickly move out of the way and be sure not to underestimate its strength!

However, as Muraka’s health is depleted, it will start moving faster. Be careful when it starts to hit the ground with its fists - Muraka’s strength will surely kill you even if you have adequate armor.

Take out its legs and once it falls, deal as much damage as you can to Muraka!

Defeating the King of Ogres can earn you a Dim Ogre Ring, which you can open for a chance of getting a PRI or DUO Ogre Ring!

Up on Quint Hill stands its namesake - the first known Ancient Troll, Quint. Colossal in size and strength, one swing of its giant wooden club can lay waste to anyone who encounter it.

To defend the locals around the area, Calpheon sent numerous armies to quell the Ancient Troll, but Quint’s rock-hard skin was barely scathed by the attempts. Weirdly though, Quint hasn’t laid waste to the local towns as it always runs away when its face and legs are attacked.

Battle the Ancient Troll Quint on its hill to prove yourself mightier than Calpheon’s finest. 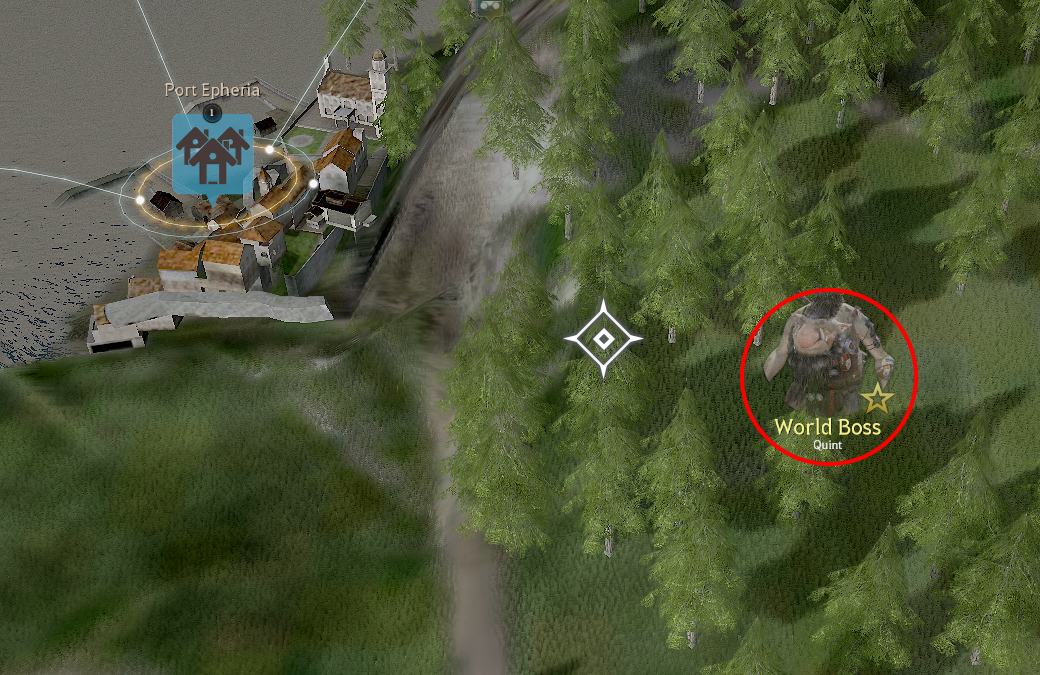 Much like Muraka, Quint boasts gargantuan strength. Speed and strategic attacks will tip the battle in your favor against the Ancient Troll.

Quint is as sturdy and tall as trolls come, but is slow and not accurate with its predictable attacks. 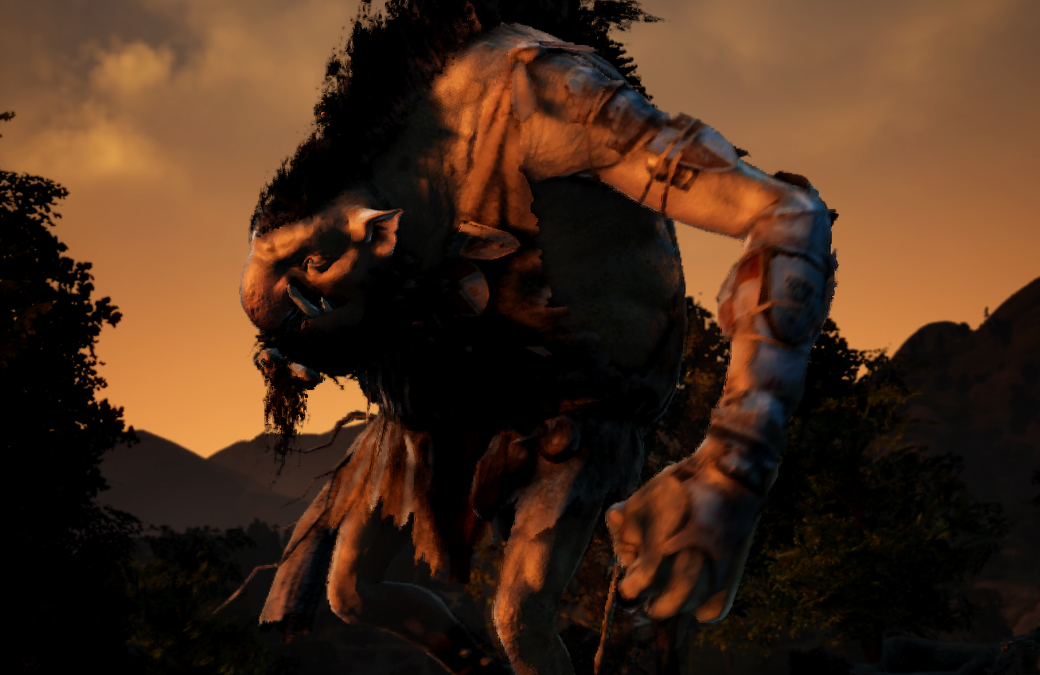 As Quint’s health is depleted, its movement becomes faster and attacks happen at a higher rate. Stay light on your feet and dodge Quint’s attacks.

Just like Muraka, repeated attacks to its legs will cause Quint to fall down - this is the opportune time to deal massive damage to it! Stay focused and stick to your strategy - Quint will surely fall.

Defeating the First Ancient Troll can earn you a Mutant Enhancer! Gathering enough of those will allow you to exchange them for Witch’s Earrings or Ogre Rings.