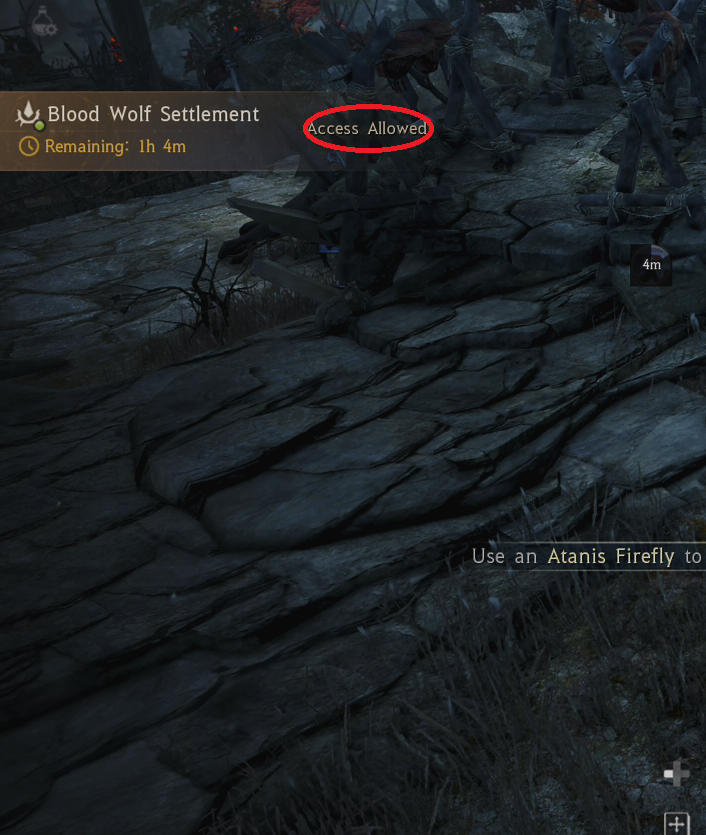 Marni’s Realm allows you to enter a realm separate from the rest of the world to create a private monster zone.

You cannot move outside of the designated area while you’re in the realm. If you want to go outside the area, you will have to leave Marni’s Realm.

Open the window by going to Menu – Adventure – Private Monster Zone. Then select the navigation button and go to the designated area.

Once you arrive at the designated area, you will see the Enter button appear on the left side of your screen, then enter the area via your menu.

* You can register the Private Monster Zone menu into your Ring Menu. 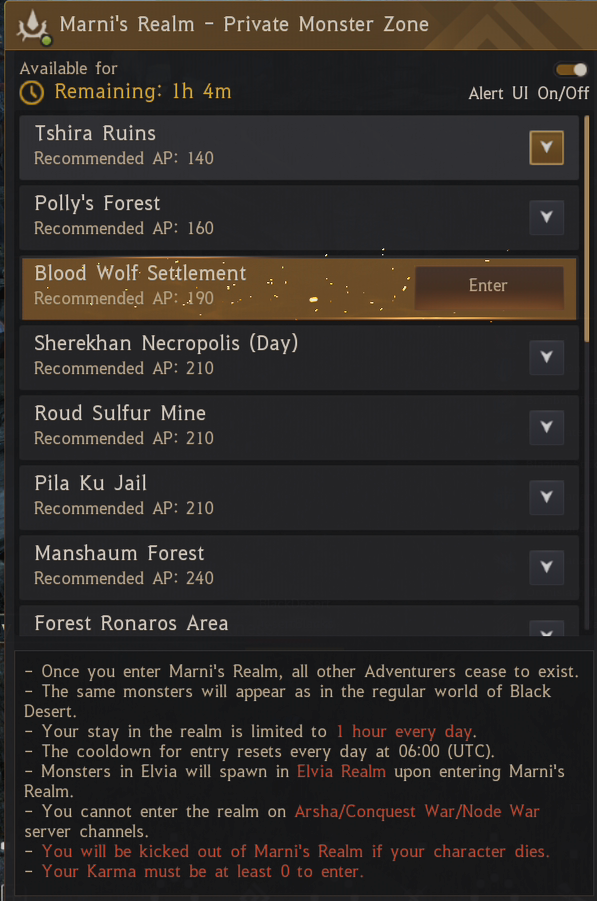 Marni's Realm is available for the following monster zones:

- Sherekhan Necropolis (Day) ※ Monsters do not spawn if entered at night.

※ You must be on an Elvia server to enter Marni’s Realm Elvia monster zones.

As navigation for Pila Ku Jail is not available, we will show you the designated area where you can enter Pila Ku Jail Marni’s Realm.

- The time limit in Marni’s Realm resets every day at 06:00 UTC. It will reset to 60 minutes with an additional 5 minutes provided as a buffer.

- You cannot use items like the Traveler's Map while in Marni’s Realm.

- You cannot summon or receive summons from the guild skill Command to Gather nor the item Lafi Bedmountain's Upgraded Compass while in Marni’s Realm.

- You can only call your mount if it is within the designated area of Marni’s Realm.

- If your character dies while in Marni’s Realm, you will be returned to the regular world.

- You cannot enter Marni’s Realm if your character has negative Karma.

- If Marni’s Realm is too crowded on the server you are on, then the Change Server UI will appear. You will be able to see how crowded Marni’s Realm is on the other servers and change to your server of choice.

※ You can check how crowded Marni's Realm is on your current server from the left side of the UI.