A new update has made its way to Black Desert, bringing with it the new class Guardian, succession for 3 more classes, Garmoth’s Nest, Kratuga Ancient Ruins, and more. Check out the details below.

- Start playing Guardian today as she enters the world with her Battle Axe and Shield! 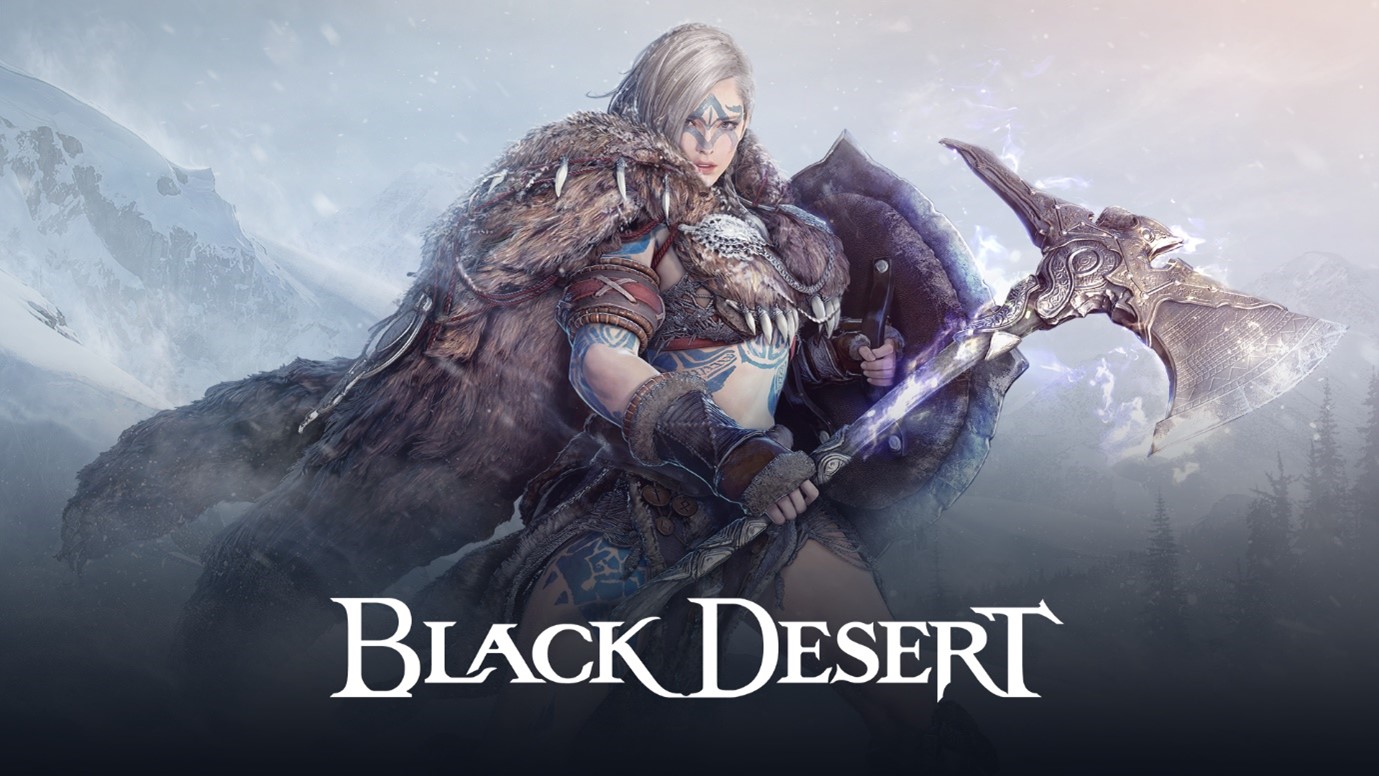 - You can accept relevant quests from the [New Power] category in the main quest tab once you reach Lv.56.

- You can proceed with succession quests near the spot you complete consecutive awakening quests in the [New Power] category.

- You can reinforce skills using main weapons and sub-weapons by learning successive skills through succession quests of each class.

- Added succession skill descriptions for Lahn, Striker, and Ninja in Overview > Class on the official website.

- Added the 'Succession' tab in the Skill window.

- You can use the skills both in the 'Main' tab and the skills in the 'Succession' tab at the same time.

- You cannot use skills in the 'Succession' tab to learn Absolute skills.

- You can use skills outside of the 'Succession' tab to learn Absolute skills.

- In Garmoth's Nest, Garmoth will randomly attack adventurers by breathing fire both on land and while flying overhead.

- 5 minutes after the battlefield begins, pots will appear all over the region, which you can break to obtain items that grant you powerful buffs.

- If you're killed in Garmoth's Nest, you will randomly be revived from one of three sites that exist per team.

- Pots and Red Battlefield NPCs are available at each revival site, allowing access to obtainable buffs and purchasable potions. 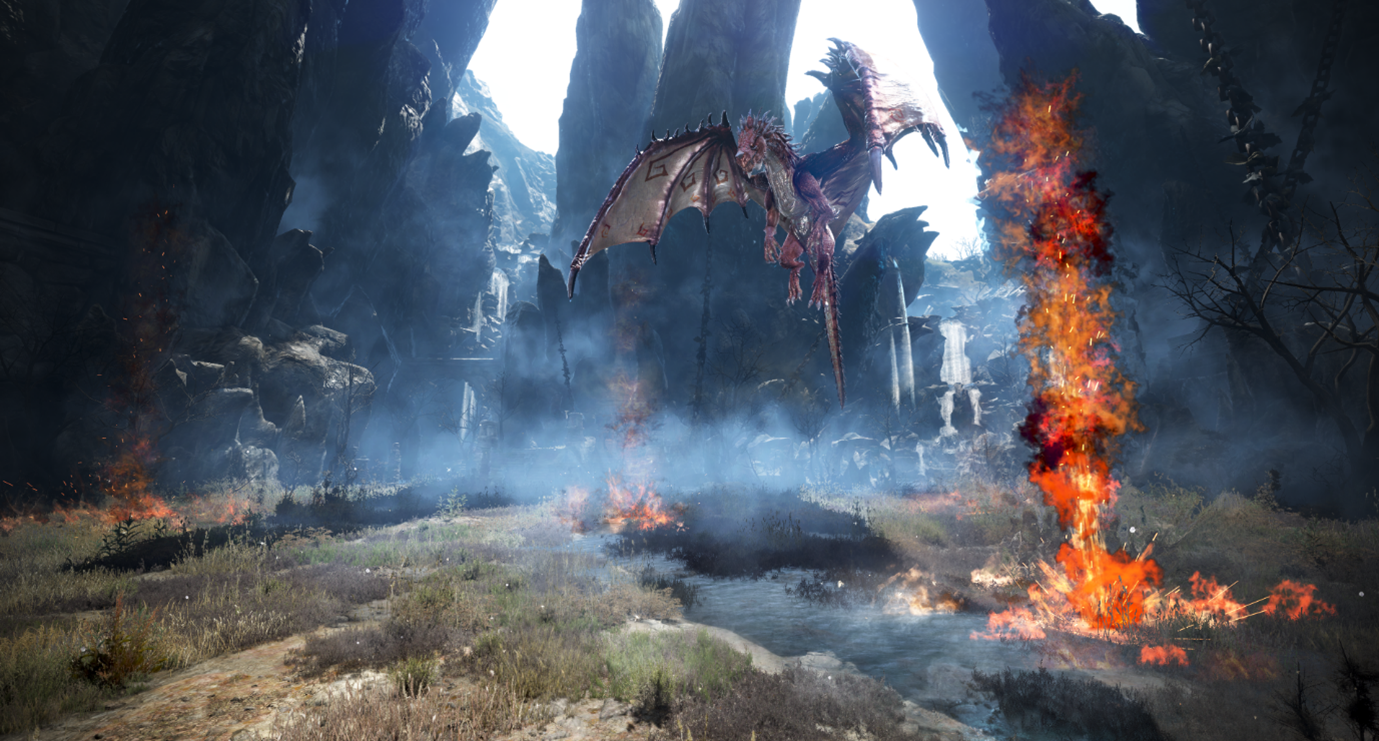 -  You can open the entrance to Kratuga Ancient Ruins at a certain location in Hasrah Ancient Ruins for a limited time by using Black Spirit's Claw Piece or an Unsealed Ruins Slate.

- You can enter and leave the Ruins freely while the gate is opened.

- The new item gives All Accuracy +12 and Ignore All Resistance +10% when equipped.

-  Elkarr, the material needed to make Crystal of Elkarr, can be obtained in the new hunting ground Kratuga Ancient Ruins as a very rare drop. 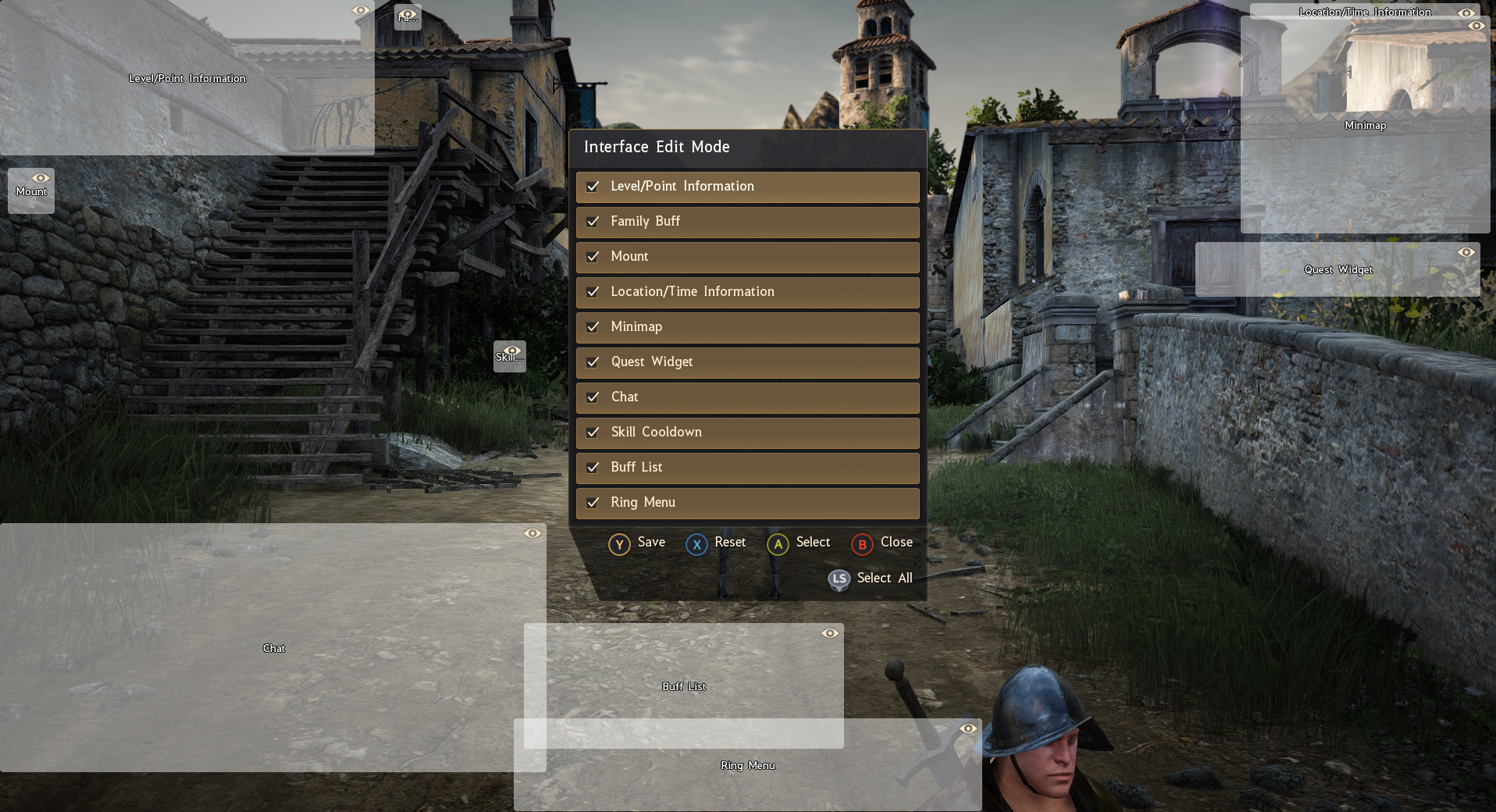 - The ranch is located west of Grána.

- The ranch is managed by the [Dreaming Shepherd] Rosaria the Papu, and you will also be able to meet Povios, the Xian Merchant from Calpheon.

- Povios is only available to players who has completed the renewed Kamasylvia main quest line. 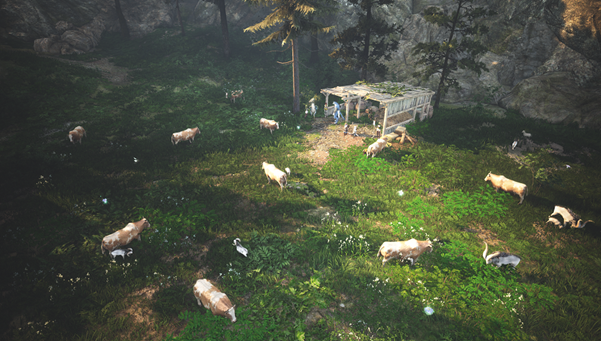 - The Advisor will have all rights excluding Disband Guild, Guild Auction House, Request the Final Battle (or to accept it), Reset Guild Skills, and rights to destroy Guild Mounts.

- There can only be one Advisor in a Guild, regardless of the Guild's size.

- The Advisor can use Guild Crafting.

- The Advisor can distribute Allowance and Bonuses.

- The Advisor can increase the Guild Protection Capacity and can also enable or disable it.

- The Advisor can carry out Guild Contract Renewals for themself and also for the Guild Officer, Quartermaster, and normal Guild Members.

-  Excluding Command to Gather, the Advisor can obtain and use all Guild skills and can also use Battle Command to Gather. However, if the Guild Master is online, they can only be used within the same server.

* Members of a guild can now be promoted to the position of 'Cannoneer', specializing in Node/Conquest Wars.

- There can be multiple Cannoneers in a Guild, regardless of the Guild's size.

- Cannoneers can install annexes during Node/Conquest Wars just like the Quartermaster.

- The Cannoneer can purchase Node/Conquest War goods at the Guild Shop using the allowance provided by the Guild.

- Guild Officers or higher positions had the rights to ban to destroy Guild Mounts (Galley and Elephant, but now these rights will only be given to the Guild Master.

- The rights to equip/unequip gear for Guild Mounts used to be given to Quartermasters or higher positions. These rights will now only be given to the Guild Master and Advisor.

* However, repairs for the equipped gear will only be possible through Guild Officers or higher positions like before.

- The Appoint Master button becomes available to the guild advisor and officer(s) if the guild master hasn't logged in for 15 days.

-  The rights to equip/unequip gear for Guild Mounts used to be given to Quartermasters or higher positions. These rights will now only be given to the Guild Master and Advisor.

- Any ranking guild member may install/uninstall annexes for nodes, but only those of guild officer or higher position may use the annex's function to begin the process.

- Any guild member can purchase in the guild shop within their set allowance, but specific items will be restricted to certain conditions.

- Guild Support Funds will be provided as guild funds in accordance with the size of the guild every Sunday at 24:00 UTC (Monday 00:00 UTC).

- Adventurers defeating monsters in the Loopy Tree Forest have a low chance of running into Fadus packs guarding supplies scheduled for transport.

- Defeat the Fadus packs guarding the supplies to loot them. 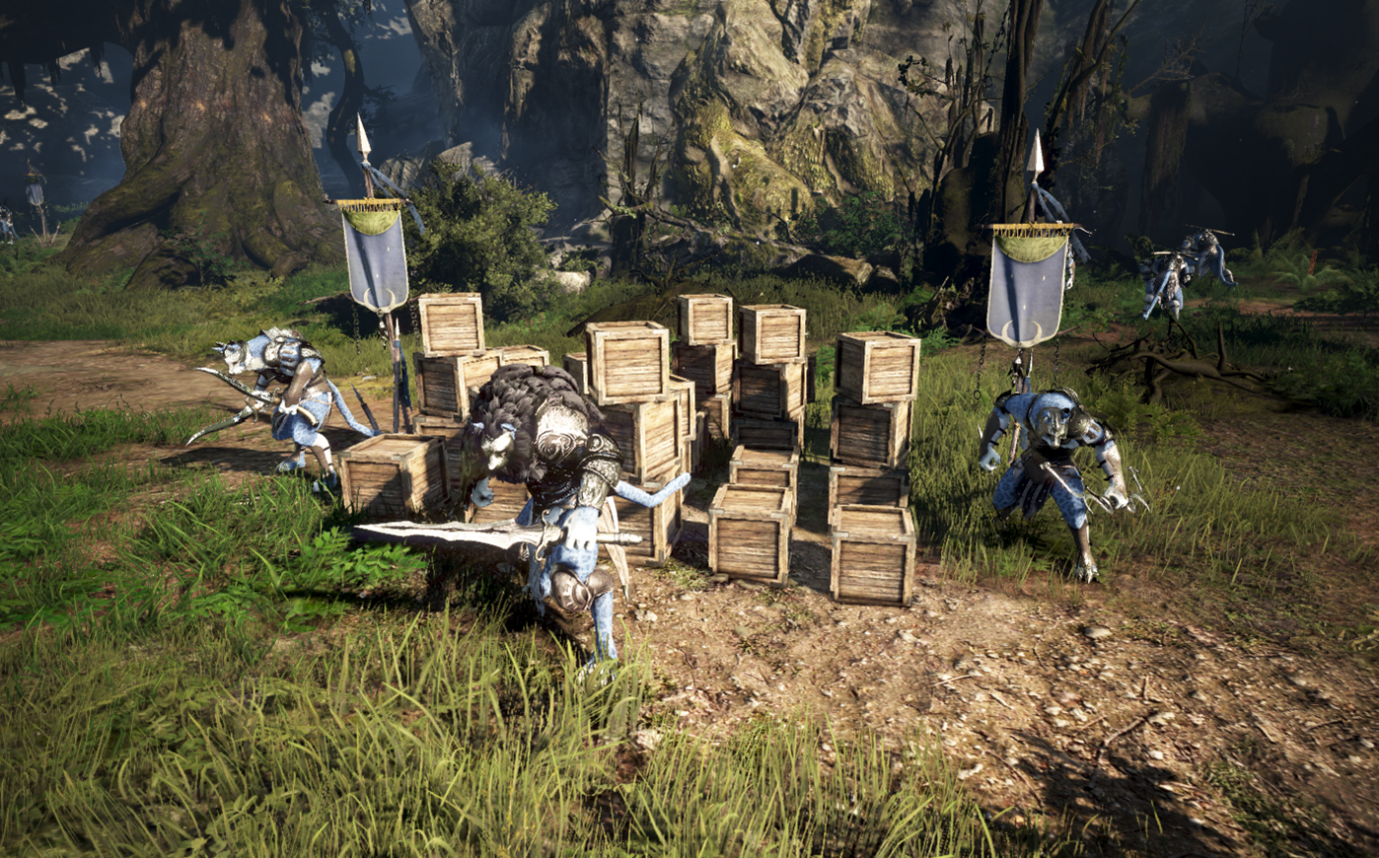 - You can exchange the Epheria Sailboat Design with the Epheria Frigate design or vice versa through the quest '[Daily] Falasi Family's Kindness.”

– When retrieving or taking out an item from the Inventory

– When selling an item at the Shop 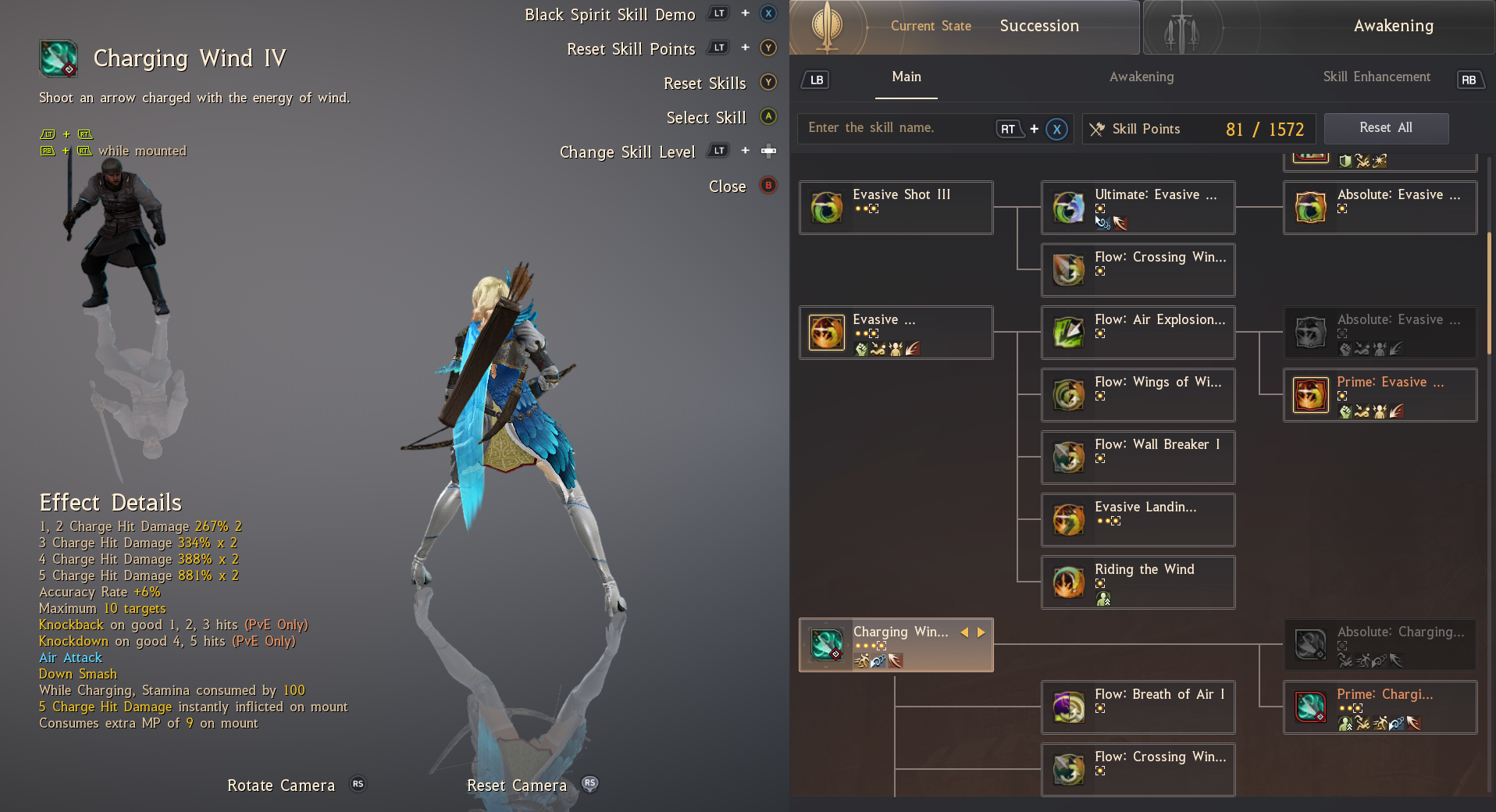