With this week’s update comes Guardian Awakening, Skill Enhancement (Rabam), Tamer/Mystic/Valkyrie Succession, and Skill Add-ons for all classes. Check out the details below! 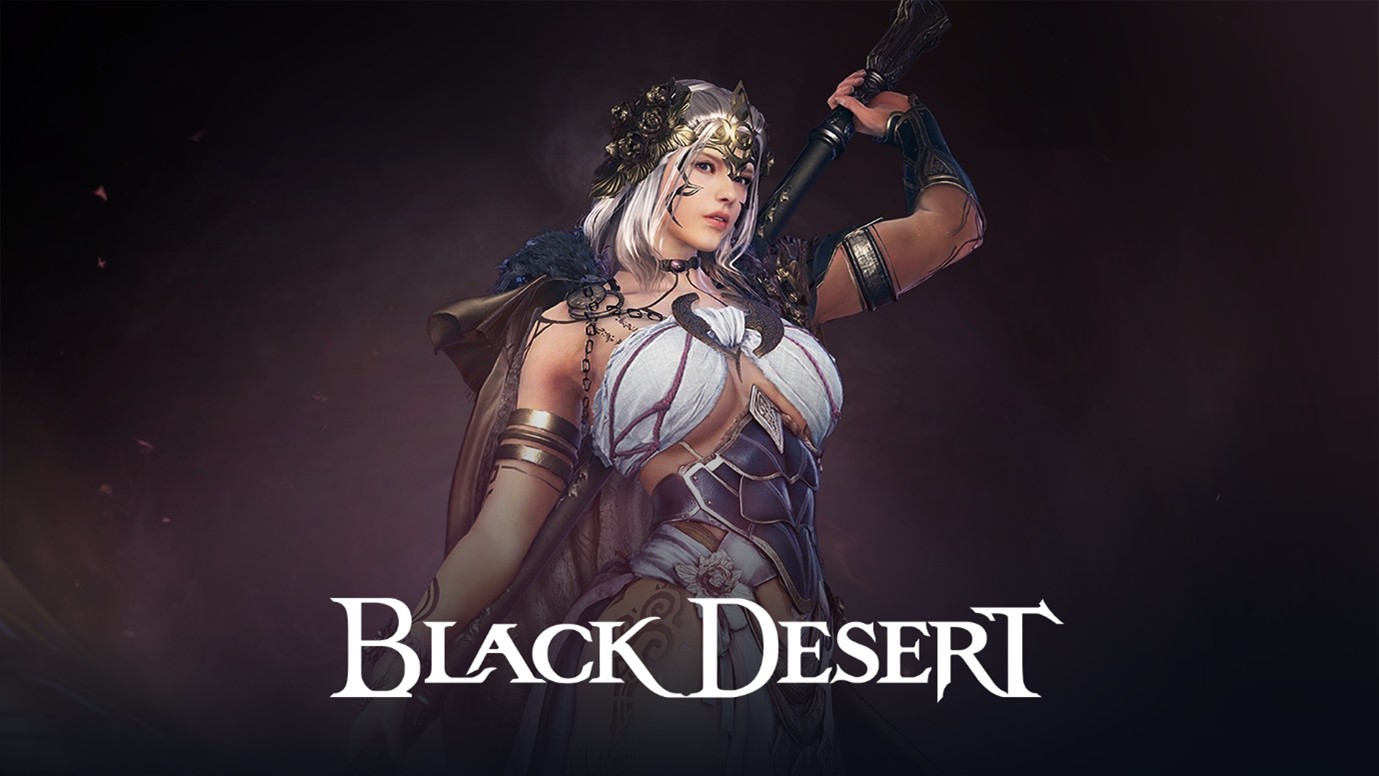 - Accept the Suggested quest "[Guardian Awakening] Storm of Oblivion" from the Black Spirit with a Lv.56 or higher Guardian. Complete the entire questline to awaken her.

- Each skill has its own special effect such as adding additional hits or increasing attack range.

- You can obtain the first skill enhancement at Lv. 56 or higher, and the second one at Lv. 57 or higher.

- You must learn the preceding skills to learn the Enhanced Skills.

- You can only learn one of the two Enhanced Skills available per level.

● Succession for Guardian, Tamer, Mytic, and Valkyrie has been released.

- You can accept the quest through the [New Power] category in the main quest tab once you reach Lv.56 or higher.

- You can use even more powerful skills using your main and sub-weapons by learning Succession skills after finishing each of the class’s Succession quest.

- Added the "Succession" tab in the Skill window.

- You cannot use skills in the "Succession" tab to learn Absolute skills.

- You can use skills outside of the "Succession" tab to learn Absolute skills.

● Added the Tears of War, an item used to craft Elion's Tear.

● Added a new quest to obtain a Crystal Extraction Tool and relevant crafting knowledge from the blacksmith in Heidel.

- You can accept the new quest once per Family with a character Lv. 50 and higher.

● Added the "Elion's Tear" knowledge, which allows you to craft Elion's Tear.

● Re-adjusted skill add-ons for all classes.

We've improved the skill add-ons for each class. Previously, you chose 2 out of 6 given add-ons and added them to your character's skills, but now you can choose the add-ons you want from 24 add-ons (shared across all classes). The limitations of the previous system led adventurers to approach the add-ons as if there was a correct formula to use them, but with this renewal, we hope that adventurers will be more experimental in their customizations of their skill add-ons according to their play style. Also, before we had grouped our skill add-on effects into 5 levels (for example, the amount of Monster AP increased differed depending on the skill) based on the skill's cooldown time and utility, but now we've reduced it to 3 levels in order to increase their utility. Additionally, we've made adjustments based on adventurer opinions on how the skill add-on effects were being applied to all hits for certain skills.

● Fixed the issue where the target of a successful grab skill would sometimes display irregular movements.

● Sinister Omen - Fixed the issue where the sound effect continued to play in the Skill Demo.

● Changed the description of Divine Descent to be correctly explaining the actual effect.

● Flow: Sky Stepping - Fixed the unnatural movement of the character when comboing into Ghost Step after using the skill.

● Smokescreen I–V, Prime: Smokescreen - Fixed the issue where the skill add-on effect would not be applied on good hits.

● Fallout - Fixed the issue where the skill's add-on effect wouldn't activate when the skill was on cooldown.

● Spiral Cannon - Fixed the issue where the skill would only apply 6 hits instead of 7.

● Black Spirit: Skull Crusher and Black Spirit: Ultimate Crush - Fixed the issue where Echo Spirits would not appear in the Skill Demo.

● Prime: Rampaging Predator - Fixed the issue where the commands for this skill would be inputted after Twisted Collision, Prime: Somersault, and Rising Blast Combo but Prime: Skull Crusher would activate instead.

● Combo: Whirlwind - Fixed the issue where the skill would be toggeled, but it would still activate after Flow: Deathstrike.

● Changed the description of Iron Fist Fury to be correctly explaining the actual effect.

● Fixed an issue where the color effects of talent Sprinkle-Sparkle would not change when wearing Twinkle Star Clothes.

● Fixed the issue where the character would remain invincible when attacked with a specific grab skill, freeze, and debuff attacks.

● Changed the buff effects of Challenge “Daily Blood Frenzy!” to be received as a scroll item, where they were applied instantly before.

● Use Simple Alchemy to upgrade Mercenary’s Experience and Mercenary’s Skill by combining three of each.

● Increased the number of Red Seals obtainable from losing in the Red Battlefield to 2 seals.

● Now any guild member can be appointed as the Guild Master when the position is open due issues such as the account withdrawal of the former Guild Master.

* Item Drop Amount effect is only applied to  junk items that you can obtain more than 1.

● Moved the sailors waiting for their captains at the tavern in Velia so that they wouldn't interfere with the tavern business.

● Proix, the owner of the tavern Dancing Marlin in Velia began to restructure the wharf.

● Daphne DelLucci in the Balenos Forest has put up some targets in her farm to practice shooting.

● Fixed an issue where the edge of the World Map would be awkwardly displayed.

- Adjusted the volume of other adventurers to be lowered when fighting a world boss.

- Adjusted the sounds to make your character sounds clearer.

- Before, volume increased as the sound was closer to the character. Now, it was improved to change according to the camera angle and the location of the character.

- Improved the sense of direction to be clearer for monster sounds.

● Quests for returning adventurers have been added. Get various gifts with warm welcome from the villagers in Velia.

* You can accept the first quest from the Black Desert that would appear in the screen when you make your first log-in with a returning character.

- You can accept “[Repeat] The Path of the Dreaming Shepherd” from Rosaria with a character Lv.58 or higher.

- You can accept “[Repeat] Whose Bonquet is it” from Povios, the Xian Merchant from Calpheon, after completing the renewed Kamasylvia Main Quests and reaching Lv.58 or higher.

- The two new quests above can be found in [Lv.58] Kamasylvia Contribution from Quest > Recurring.

- If you have accepted “[Repeat] Carriot Delivery”, you cannot accept “[Repeat] Whose Bonquet is it” and vice versa.

- If you have accepted “[Repeat] Even the Smallest of Life”, you cannot accept “[Repeat] The Path of the Dreaming Shepherd” and vice versa.

● Allowed all classes to be able to get skill books from Cruhorn Wyrmsbane in Heidel after completing the Awakening, Succession, and Talent quests.

● Loading status will be displayed in the screen when first loggin in.

● Fixed an issue where skill effect details longer than a certain length would be overlapped with skill descriptions in the skill window.

● Added a feature where you will be moved to the Pearl Box category when you lack Pearls when purchasing a product in the Pearl Shop.

● (NA Server) Calpheon-2 and Balenos-2 servers can now make a reservation for the Arena of Arsha.

● Fixed the graphical issue with some regions in front of Balenos.

● Fixed the issue where the caution message would sometimes not appear when enhancing your equipment.

● Relocated Fughar and Marni to be not in the way of Adventurers.

● Fixed the issue with incorrect font color being displayed after line breaks in certain chat messages.

● Fixed the issue where the node guild information did not fit in its window while viewed on the World Map.

● Fixed an issue where the UI scroll would move awkwardly when shifting to certain skills in the guild skill window.

● The key guide for Learn Skill will not be shown to guild members that cannot learn guild skills.

● Fixed an issue where the UI of the guild introduction button would look abnormal when played in French, German, or Spanish.

● Fixed an issue where a part of the Skill Enhancement UI in the Skill window would look awkward when logging in with Archer or Shai.