This week’s maintenance brings with it another pack of updates: Succession for Kunoichi, Maehwa, and Hashashin, Herald’s Journal, Dark Rift Revamp, and Enhanced Skills for Lv.58 and up. Check out the details below for more information!

- You can accept relevant quests from the [New Power] category in the main quest tab once you reach Lv.56.

- You can proceed with succession quests near the spot you complete consecutive awakening quests in the [New Power] category.

- You can reinforce skills using main weapons and sub-weapons by learning successive skills through succession quests of each class.

- Added the 'Succession' tab in the Skill window.

- You can use the skills both in the 'Main' tab and the skills in the 'Succession' tab at the same time.

- You cannot use skills in the 'Succession' tab to learn Absolute skills.

- You can use skills outside of the 'Succession' tab to learn Absolute skills.

- You cannot learn succession skills once you have learned awakening skills, and vice versa.

- Added succession skill descriptions for Kunoichi, Maehwa, and Hashashin in Overview > Class on the official website.

- You can listen to the story of Rubin, the herald in Calpheon, who, as the fastest messenger, delivers news from all parts of the world. Also, several challenges are waiting for you where you must have the fastest legs!

- Go to the starting NPC guided by the journal and accept limited-time quests that you must complete within a set period of time.

- The quests must be proceeded consecutively from the first quest.

- Some limited-time quests will not navigate you to the destination.

- You must be at level 58 or higher and have knowledge about Rubin. Once the requirements are met, interact with the Black Spirit in order to obtain the quest.

● Stronger bosses consumed by the black spirit began to appear in dark rifts across Black Desert.

- As the bosses have gotten more powerful, obtainable loots have changed as below.

- You can obtain Dark Spirit’s Greed when defeating a boss, and exchangeable items are as follows:

● You can exchange Dark Spirit’s Greed with the following NPCs.

● Obtainable items from the boxes of the dead you can get by defeating the bosses above have changed as follows:

- Added Laytenn's Power Stone, Ogre Ring, Eye of the Ruins Ring, Narc Ear Accessory, Valtarra Eclipsed Belt, Orkinrad's Belt, and Forest Ronaros Ring to the current rewards you can get from Box of the Desperate Dead, Box of the Distorted Dead, and Box of the Silent Dead. 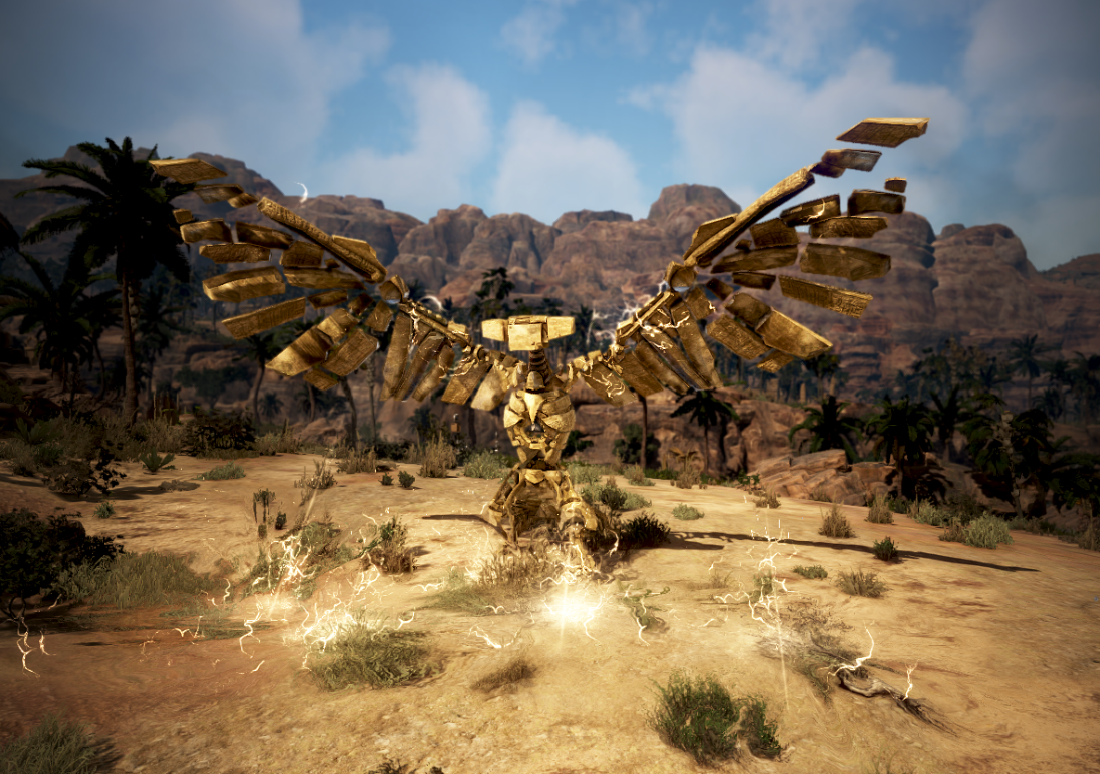 ● The Ancient Fragments of the Ancient Puturum that emerges from the Dark Rifts have begun to emit even stronger energies.

- Changed the active region where the Ancient Puturum protect the Ancient Ruins and their legacy to Valencia's desert only.

- You can communicate with other adventurers about diverse topics in the chat group.

- Each Family can enter one chat group only.

- If you are a new/returning adventurer, you will be automatically joining the Lunar Halo Inn chat group.

- You may only select one of two enhanced skills per level.

● Motions of “Sweep with broom” and “Move forward as you sweep” changed to be displayed more naturally.

● Added Enhanced Skills.
● Feral Rage - Fixed the issue where you could use the skill regardless of stamina.

- Increased the EXP obtained from Life skills as below:

●  Garmoth will now appear at a chance in Sherekhan Necropolis, Blood Wolf Settlement, and Tshira Ruins of Drieghan at a certain chance.

- After the system message “Garmoth has appeared” is displayed, Garmoth’s terror will begin.

- Garmoth will breathe out flames to attack 2 to 3 times then disappear.

- This Garmoth is invincible and you cannot kill it. If you get killed from this Garmoth, you will not receive any death penalty.

- From the ground where Garmoth’s flame breath has scorched, there may be an Old Drieghanese Crate that can appear at a chance.

- Old Drieghanese Crate will disappear 1 minute after it shows up so hurry to destroy the create and randomly obtain 1 of the items below.

- Please keep in mind Item Drop Rate buffs will not influence this item.

● Buff “[Camp] Adventurer’s Confidence” you can buy from the Campsite Shop changed as below.

● The Devour feature has been revamped.

- Devour is now available even when Enhancement Chance is +1 or higher.

- There are no item grade restrictions when Enhancement Chance is 0. However, when it is +1 or higher, Devour is only available for green or higher rating gears.

- When you attempt to use Devour with an existing Enhancement Chance increase, you will either succeed or fail at a fixed rate.

● You can now obtain the knowledge about the Archaeologist's Map by interacting it with the Caphras' Journal of Caphras Cave.

● You can now obtain knowledge about the Lafi Bedmountain's Upgraded Compass by taking it to Ain Greid and talking to him.

● It began to snow in Black Desert welcoming winter.

Snow has begun to fall gently across the entire world of Black Desert.

Winter may be cold, but we hope you have a heartwarming adventure in Black Desert!

● According to nearby villagers, a never before seen storm rages on at Karanda's nest.

- Karanda's nest grew wider due to the effects of the storm. 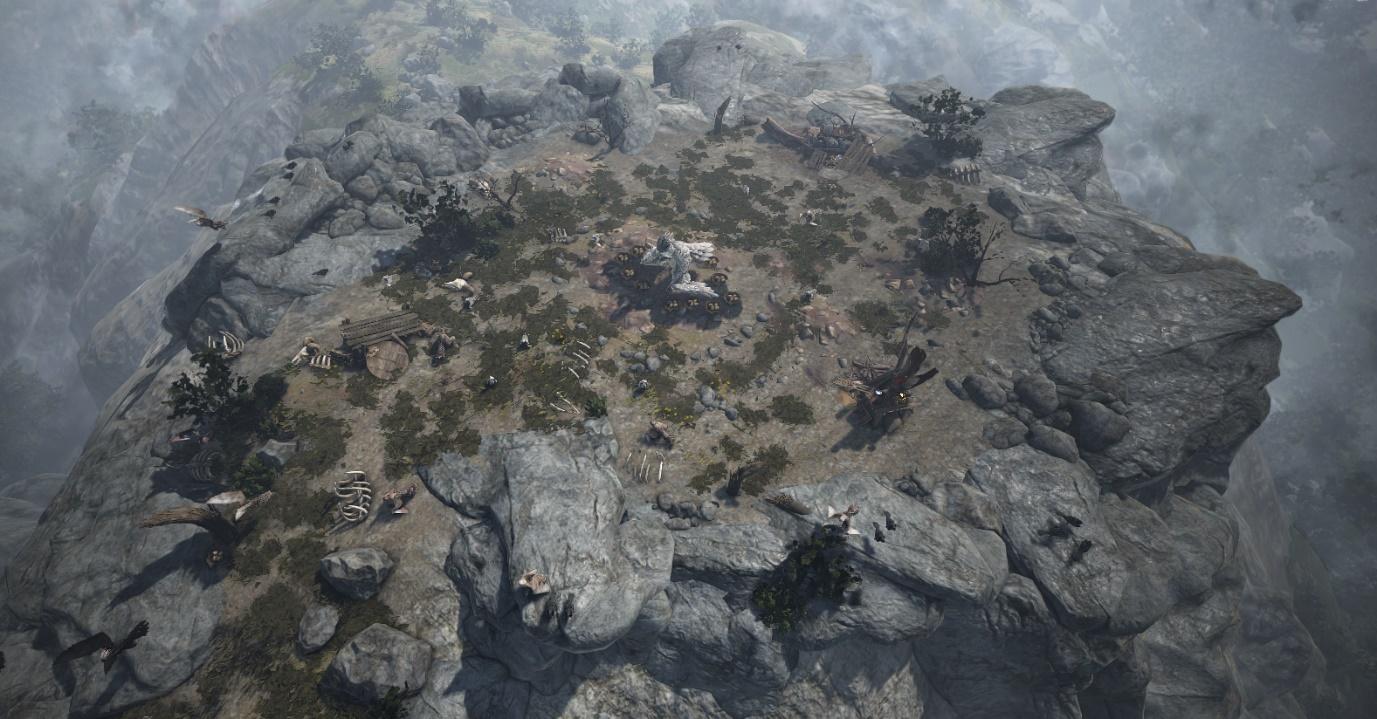 ● (PS4) Fixed an issue where the volume adjustment of effect sounds would not work properly when playing an in-game video.

● The Contribution EXP icons in the quest rewards will now all look the same.

● A repair completion message will now be displayed when repairing a mount or gear by talking to an NPC.

● Fixed the issue where the available times for Red Battlefield appeared abnormal.

● Fixed the issue where the Pet/Fairy information would be displayed abnormally.

● Fixed the issue where a certain window in Velia 2-3 would not open.

● Fixed the scarecrows to recover their HP if they are left alone for 5 minutes.

● [Valkyrie] Fixed the issue where Kini Hair Ornament appeared slanted to the right when equipping it after face customization.

● Fixed the issue where the effects of Spirit Perfume Elixir would not be applied even though it still had time remaining on its duration.