Pearl Abyss just capped off the Black Desert PC X Mobile X Console Calphe:ON Ball! Just like the previous Heidel Ball, to see so many Adventurers from all over the world and across platforms was both humbling and exciting.

The Black Desert Console team would like to extend a hearty and sincere thank you to all Adventurers who were part of the Ball. Because of timezones and extraneous circumstances, we understand that some Adventurers may have missed the Calphe:ON Ball live. That is when it fell to me, GM Grana, to write down the best moments from the event and share it with our Adventurers!

So without further ado, here is my recap of Calphe:ON Ball! 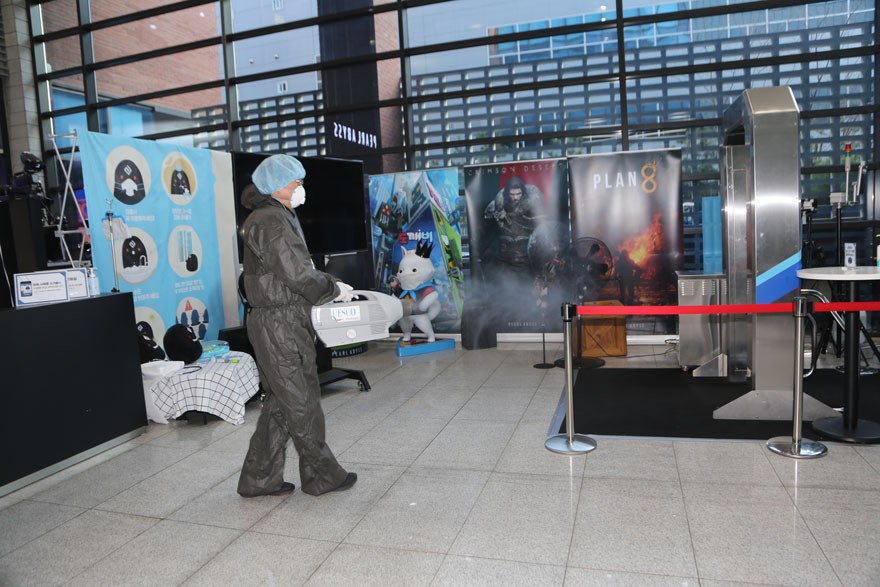 ▲ Everyone working hard in bringing the Calphe:ON Ball to our Adventurers,

but also making it safe for everyone here. 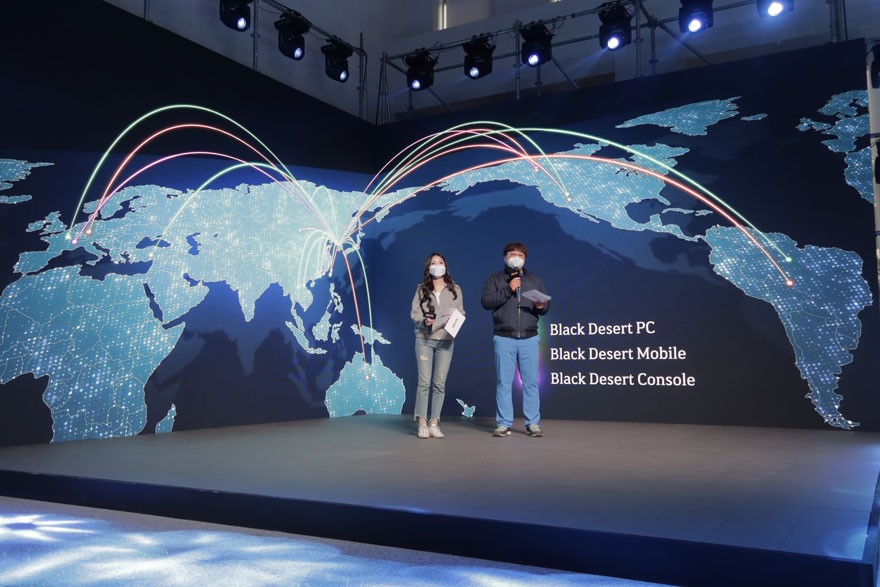 ▲ The MCs making sure they have everything down during the rehearsal. 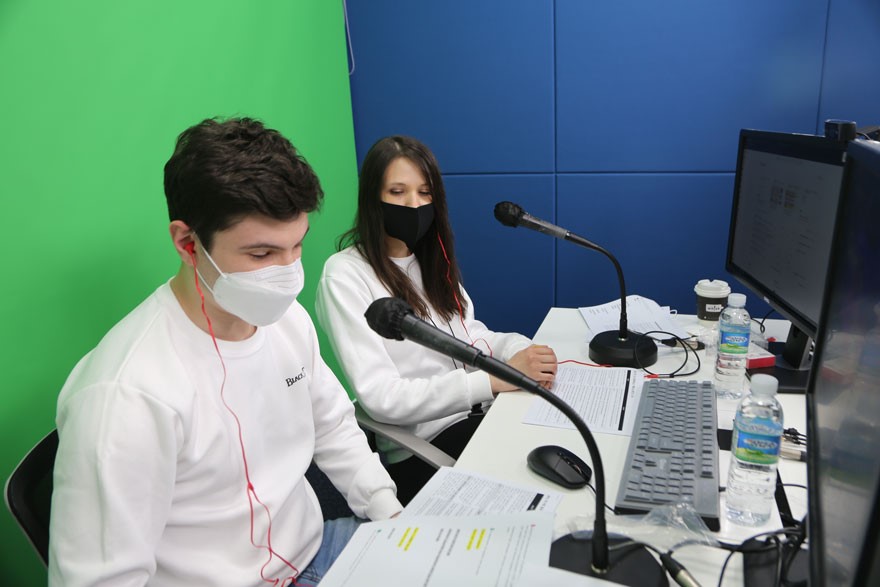 ▲ Everyone is getting ready! 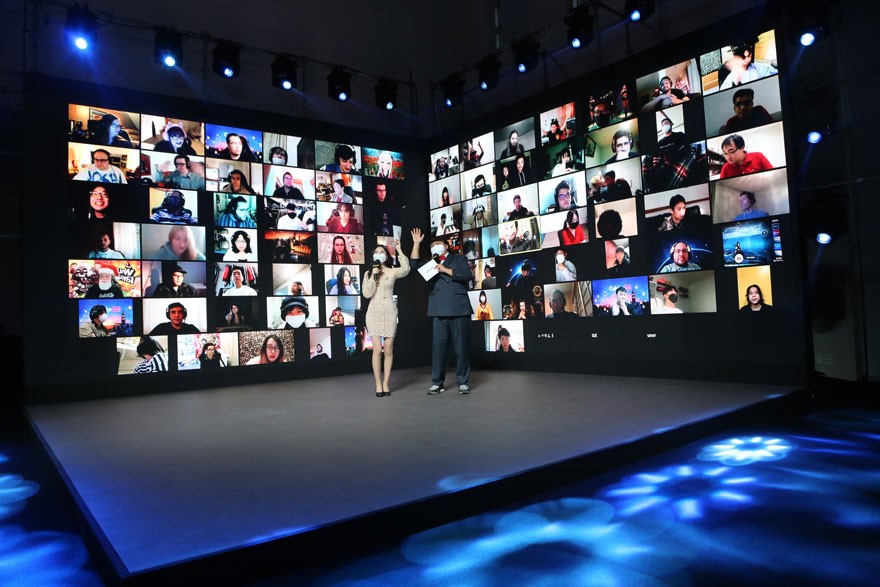 ▲ Adventurers from all over the world together at the Ball! 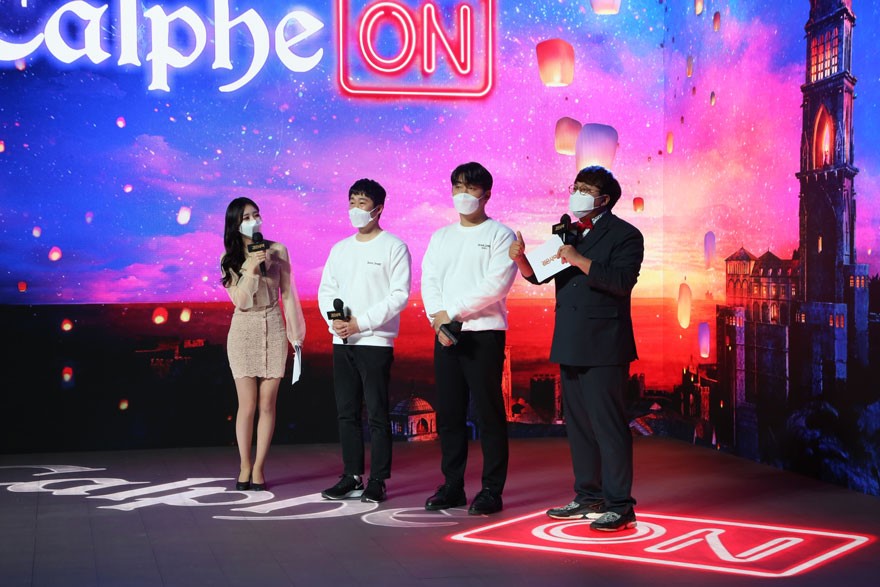 ▲ The Lead Director of Black Desert PC and Console, Jae-hee, shares the stage

with the Lead Producer, YongMin! 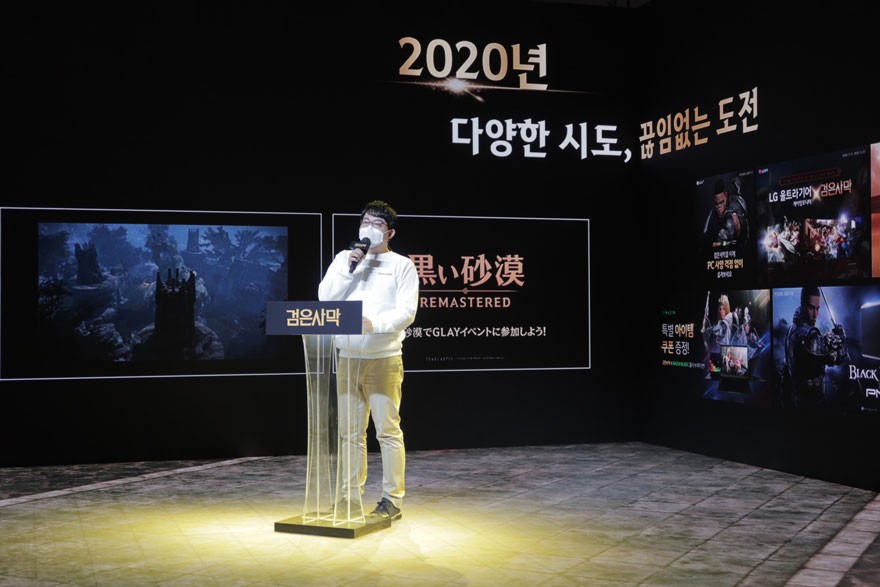 ▲ The man in charge of the general service of Black Desert PC and Console, Kwon Ho, takes center stage! 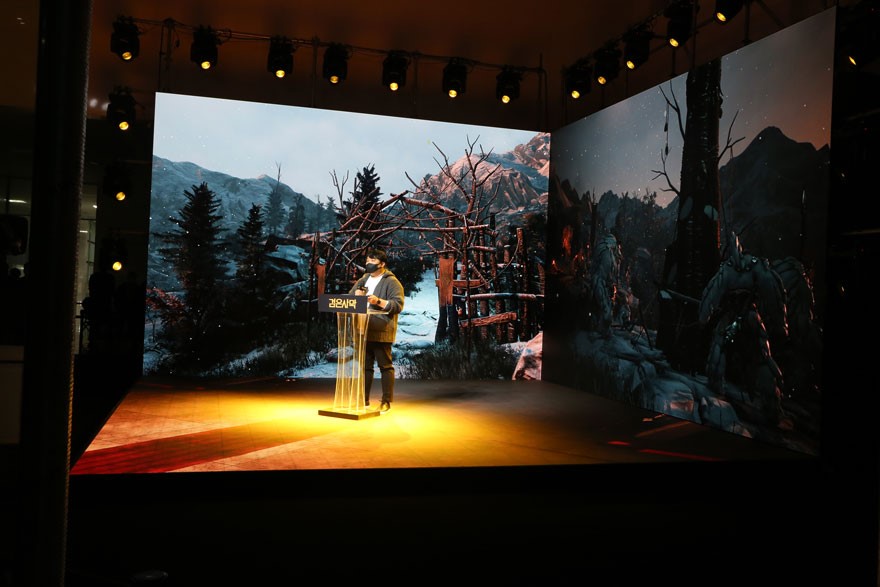 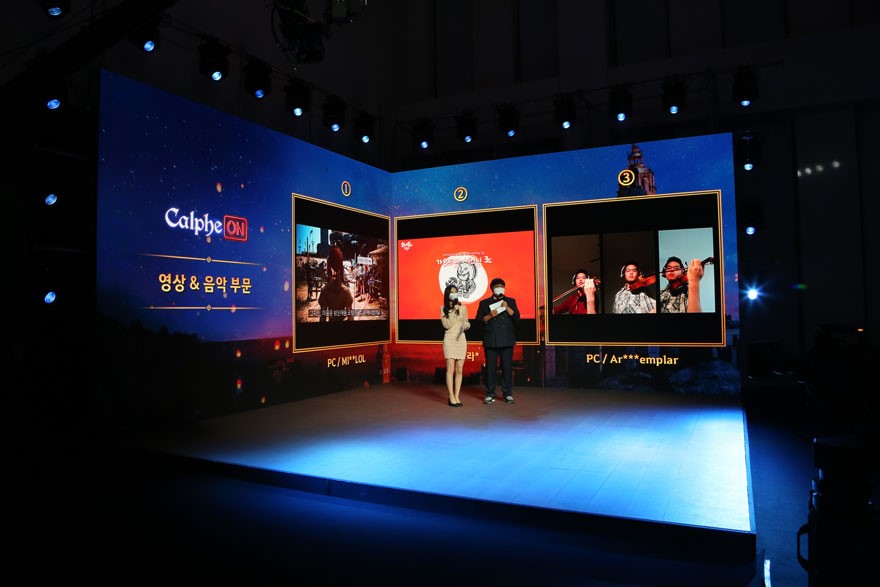 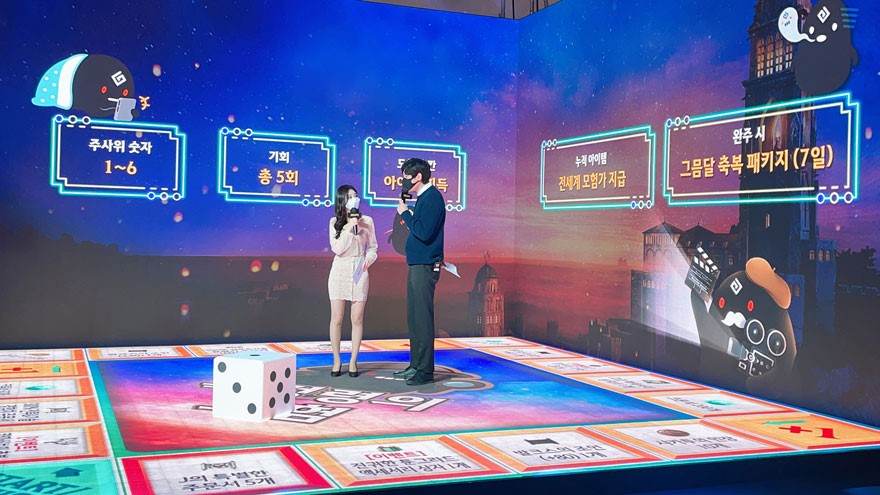 ▲ An adventure with the Black Spirit?! 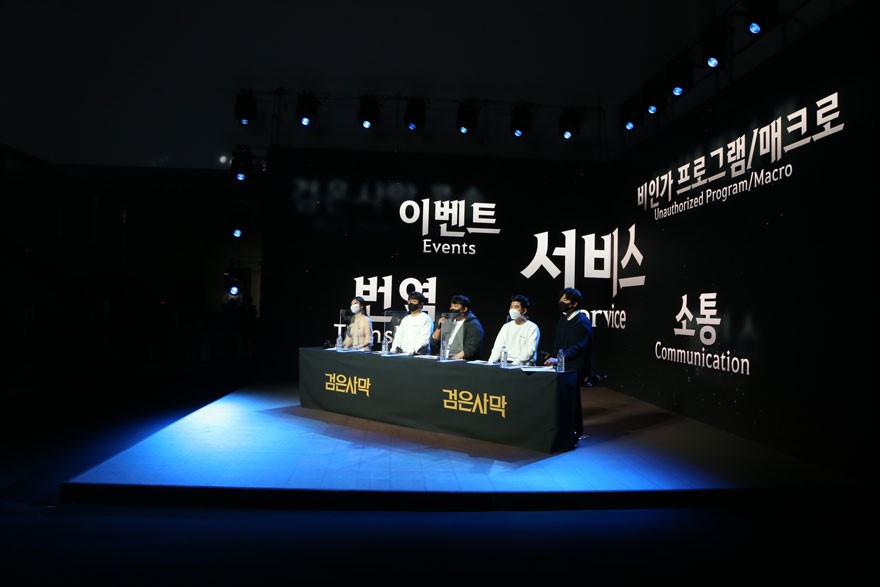 ▲ Talking about the things that Adventurers were most curious about!

The event was a tremendous success and wanted it to be something dedicated to the Adventurers. Without you, this event would not have been possible. I hope you enjoyed the Calphe:ON Ball as much as I did!

However! For those of you that want to watch or re-watch the Calphe:ON Ball, head over to our Twitch channel [for a limited time] or to our Youtube channel!

That isn’t all though!

* J’s Hammer of Loyalty is a tool that is recognized by the legendary blacksmith, Dorin Morgrim, for its impressive craftsmanship. The hammer is so well designed that the item being enhanced will retain its strength even in failure. The hammer can be used on the following items:

* The exact use and precautions regarding J’s Hammer of Loyalty will be detailed in the December 16th Patch Notes.

* Event coupons can only be registered once per family.

* Entering the wrong coupon code 10 times will prevent you from entering it again for 1 hour.

* Your account needs to be linked in order to use the coupon.

* If the game has been on for too long, please restart the game to ensure your account is properly linked.

BUT THERE WAS MORE! We are also going to be giving out the following rewards! You can pick them up in your in-game mail after the December 16th maintenance, so no coupon code is necessary for these items!

※ There has been a slight misunderstanding during the Calphe:ON Ball regarding the rewards above, which is why the 10 Shakatu’s are being sent as well. We apologize for the inconvenience.

*(Update) The following items cannot be obtained from [Event] Rare Tungrad Accessory Box as they are contents not yet released in Black Desert Console. They can be obtained in the future after the said content is applied to Console and we will notify via future patch notes.
- DUO: Tungrad Ring
- PRI: Tungrad Ring
- Tungrad Ring

Last but not least, the Black Desert teams wanted to bring a bit of warmth to the winter season, so there will be a special hot-time event!

You definitely do not want to miss out on this one because after the December 16th maintenance, Adventurers will be able to get Extra Combat EXP +300% and Extra Skill EXP +50% boosts on all servers (including Olvia and Arsha)!

- The non-coupon related rewards announced during the Calphe:ON Ball will be sent during the December 16th maintenance.

- In order to receive the Calphe:ON Ball non-coupon related rewards, you need to have logged in at least once between the following period:

- Coupon codes from the Calphe:ON Ball will be available until the January 20th 2021 maintenance.

- Pearl Abyss reserves the right to change or cancel the event depending on mitigating circumstances.

- Any changes to the event will be listed on this page.

- Items given during this event may have restrictions on trading, selling, or expiration dates, and the setting may be different for each it. Items cannot be moved or restored due to this reason.

- For more details about the status of specific items, please check the item descriptions in-game. Recovery will not be possible in situations where the items are already consumed.

- Participating in the event using inappropriate methods will result in a cancellation or retrieval of your reward and restriction from the game.

- If you have any questions about this event, please send a ticket through [support]

- This event follows the [Event Rules]