A new update has been released, and this update brings AP/DP caps for Tier 1 node wars, the Celestial Horse Calling horn and other changes. Check out the details below for more information.

- Tier 1 Nodes can be a ‘Goal to Achieve’ for new guilds. The new max AP and DP restrictions have been added to make Node Wars more accessible for new/inexperienced guilds. We hope this allows more adventurers to enjoy the Node War systems.

- Tier 1 Node Wars are separated into Easy, Medium and Hard levels, each with their own unique AP/DP restrictions.

- The limits to AP and DP apply to all PvP actions of the character, including basic attacks, pre-awakening/awakening/succession skills and summoned creatures.

- Horse’s attack skills and character skills that are used on Horses will also be subject to the AP limits when hitting other characters. Damage to Cannons, Barricades, Wooden Fences etc. will remain the same.

- AP limits do not apply to mounts such as Elephants and base weaponry (Hwacha, cannons etc).

- The Maximum AP and DP restrictions of Tier 1 Node Wars applies to every adventurer within the Node War area, even if you are not participating.

- Celestial Horse Calling Horn cannot be used if the mount you are summoning is carrying Trade Items.

- Added a daily quest that resets at midnight, and a quest available once per family that rewards you with Celestial Horse’s Tears.

- You can choose one of the two [Daily] Atanis Confection quests according to your training level, and you may only complete one per day.

● You can now lock mount skills in the mount window (excluding Guild Mounts).

We actually finished developing the mount skill lock feature a while ago. But we were hesitant to proceed because we felt it was more realistic when people had to take control of the mount instead of simply turning on the skill lock. In the end, however, we decided that this brought more trouble instead of the immersive realism we were aiming for.

- Locked skills will persist even in the event of the Mount dying or Ship being destroyed when checking it into a Stable/Wharf. 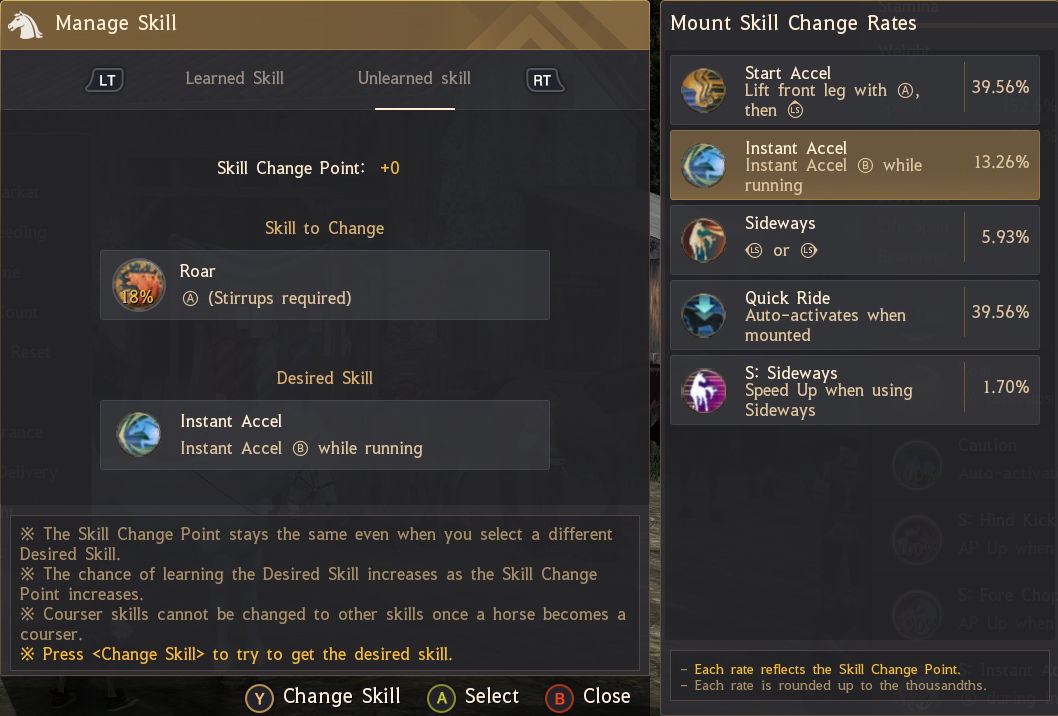 ● Guardian, Hashashin and Nova costumes have been added to the Glorious Shudad Classic Set.

- Fixed an issue where classes which could not get the Glorious Shudad Classic and Premium sets was being shown in the description as if they could obtain it.

● Effects of [Event] Magical Elixir and draughts will now replace each other when used.

● Krogdalo’s Origin Stone can now be obtained through the Sealed Drieghan Chest.

The upcoming update on May 26 will include a comprehensive balance patch that will make improvements (major and minor) to every class in Black Desert. Not only will this update include PvP changes that are already live in the Global Lab, but it will also include PvE improvements that are currently in development. We hope you are as excited as we are for all the upcoming changes! We hope you guys are as excited as we are for this class revamp! Currently, our development process is working to improve all classes at the same time rather than focus on a few characters at a time. Since this is more time-consuming, it's taken us longer than expected, and we ask for your understanding regarding the longer-than-expected delay of these long-awaited changes. We are combing through the improvements we've planned as well as the feedback left by Adventurers on the official website in order ensure carefully considered changes to this upcoming update. Your feedback and those of all our Adventurers worldwide have been invaluable in this process, so please keep sending us your feedback as you traverse the world of Black Desert!
● Fixed the issue where some Skill Add-ons were not being applied as intended.
Skill Add-on's are a system that allows Adventurers to add different effects to each skill. Currently buff effects are applied regardless of whether or not the target blocks a hit, while debuff effects are’t applied if the target uses Guard to block a hit. We’ve confirmed that some Skill Add-ons were not applied correctly, and this issue has been fixed.

- Fixed the issue where the attacker’s beneficial Skill Add-ons were not applied whether or not the attack was blocked by the target.

- Fixed the issue where the attacker’s debuff Skill Add-ons were applied even when the target blocked the attack.

● Fixed an issue where Emergency Escape could be prolonged in certain situations.

● Fixed an issue where it was possible to skip the staggering animation of Emergency Escape.

● Prime: Lava Piercer – Improved the shift in direction when using Tackling Rock after the skill to feel more natural.

● Voltaic Pulse – Fixed the issue where Tett would sometimes disappear when using the skill.

● Core: Spirit Hunt – Fixed the issue where using this skill while in Main Weapon stance would cause the skill to trigger in place.

● Fixed the issue where certain skill add-ons were not applying correctly.

● Absolute: Divider, Prime: Divider I – Fixed the issue where both skills could be learned at the same time.

- If you had learned both skills, using either will now activate Prime: Divider, and resetting your skills will return the skill point you used to learn Absolute: Divider.

● Kunai Block – Fixed the issue where the Kunai would disappear when using the skill.

● Black Spirit: Sanctitas de Enslar – Fixed the issue where the Black Spirit’s Rage was not consumed in certain circumstances.

- Jordun Training V – Changed the skill so that PvP damage reduction will be applied to the 3rd hit while attacking forwards.

● Searing Fang – Changed the skill so that SUper Armor would apply when comboing it after Awakening: Juggernaut.

● Infernal Steps – Fixed the issue where the skill’s PvE stun effect would apply in certain situations during its cooldown.

● Omua’s Circle – Improved the skill to combo more naturally into other skills from Awakening Stance.

● Omua’s Circle – Fixed the issue where both the battle axe and shield appeared in awkward locations while using the skill in Awakening Stance.

● Haladie Throw – Fixed the issue where the skill’s hitbox was applied incorrectly when used on cooldown.

● Royal Fencing: Fleche – Fixed the issue where the Super Armor effect would not apply on the last hit.

- You can only learn one Core skill at a time. (Black Spirit’s skill effects won’t apply to Core skills.)

- When your Black Spirit’s Rage reaches 10%, 25%, or 50%, you can use commands such as ‘RB/R1’, or ‘B+RB/O+R1’ to use the Black Spirit version of each skill, introducing a dynamic aspect to each skill. Check your skill window for specific inputs.

● Fixed an issue where when resetting all Succession skills would reset the Succession selection.

● Added the Alchemy quest ‘[Bonus] A simple Test from Alustin I.’

- You will randomly receive one of three completion requirements upon accepting this quest. Visit Alustin of Velia after completing the quest to receive your reward.

- 80,000 Alchemy EXP will raise your Alchemy level to Skilled 2 if you are Skilled 1, or by 70% if you are Professional 1.
- These quests will appear randomly depending on your Alchemy level when you craft certain Alchemy Products.
- You cannot accept more than one [Bonus] Alchemy quest at a time.

- The bonus quests will appear after crafting Blood, perfume, elixir or essence products through Alchemy.

- Potions and Perfumes that trigger a [Bonus] Alchemy quest

We’ve added new [Bonus] Alchemy quests that will randomly appear while you are performing Alchemy. These Alchemy quests will offer opportunities to obtain Trace items as rewards, which are used in many Alchemy  recipes but take a long time to gather. You will be able to choose what kind of Trace item you’ll recieve as a reward, so we hope that this will help our alchemists in procuring the alchemy materials they need. Also, you can choose to obtrain additional Alchemy EXP instead of Trace items. We hope this will aid you in your path to become a famous alchemist.

● Emergency Escape can now be equipped to the Ring Menu.

● The tooltip that is displayed when hovering over a node in the ‘Node War Information’ tab of the world map has been modified from the version which appears in the ‘General Information’ tab.

● The descriptions of the Fairy Skill Change probability has been modified.

● Added text to display that the 1st family name change is free for New Adventurers who haven’t yet changed their family name and are attempting to purchase a name change coupon from the Pearl Shop.

● Added text to mount skill change description in Stables explaining that Courser skills cannot be changed once a horse becomes a courser.

● The color of the mount icon will now change depending on if the character has an available Horse Flute.

● Fixed an issue where in the Guild Window, the ‘Deposit’ button would show when selecting other Guild Members.

● Fixed an issue where the Guild History did not update when your device was set to summer time.

● Fixed an issue where clans could not be elevated to a Guild if the clan was created in a different village or city.

● In the store listing of the Pearl Shop, all items will now display the period that the items will be available for purchase.

● Changed the icon for Tungrad Necklace shown in the Yona’s Fragment entry in the Crafting Notes.

●Fixed an issue where the Sorceress’s Bern Armor would display abnormally in certain situations.

● Fixed an issue where occasionally the Shining Medal of Honor would not be distributed after Node Wars.

● Modified some areas of the World Map to look less awkward.

● Improved auto pathing through certain areas of the sea.

● Some costumes and backgrounds have been modified to make them look more natural.

●Some phrases have been modified to make it easier to understand, and typos have been corrected.

● Fixed an issue where the Khaki outfit would display incorrectly on certain classes.

● Fixed an issue where in certain circumstances, the annexes of a Node War/Conquest War base would not be removed has been fixed.