We bring you some good tidings for this week’s update!

Behold, Black Desert Console will be finally getting the long-awaited Season Servers!

But what exactly is a Season Server? What’s the big deal and why have people been waiting for this? Well, that’s what GM Notes are for! Let’s get right into it.

It’s been almost 2 years since the initial release of Black Desert Console and there has been no shortage of updates ever since. This may pose a bit of hurdle to new Adventurers who are not familiar with the history and, when facing them all at once in the early parts of the game, they are bound to feel a little overwhelmed. Plus, it’s a little discouraging for new Adventurers to find out that there’s a long road ahead in terms of the gear gap with veteran Adventurers.

In that respect, Season Servers are a great way to give a leg up to new Adventurers and provide viable ways to catch up. For seasoned/returning Adventurers, it’s a great opportunity to begin a new class that you’ve always wanted to try but never could find the time to start over!

Season servers will be open during certain parts of the year and allow Adventurers to focus on leveling up their characters with a helping hand from season-exclusive gear.

It’s easy when you think of them as a vastly upgraded version of the Olivia server, but they’re special in that it’s accessible by everyone, not just new Adventurers. Also, Season Server benefits are granted to a specific character created in the Season Server, not the entire family.

Regardless of whether you’re new or not, everyone will get the chance to start anew and benefit from the ride on the rapid growth highway.

How do I create a Season Character?

▲ Select the “Create Character” button on the bottom-right corner to proceed.

Decide carefully which class you wish to begin with because each family can only create one character in the season server. If you wish to change over to another class, you have to delete the previous season character and start all over again. 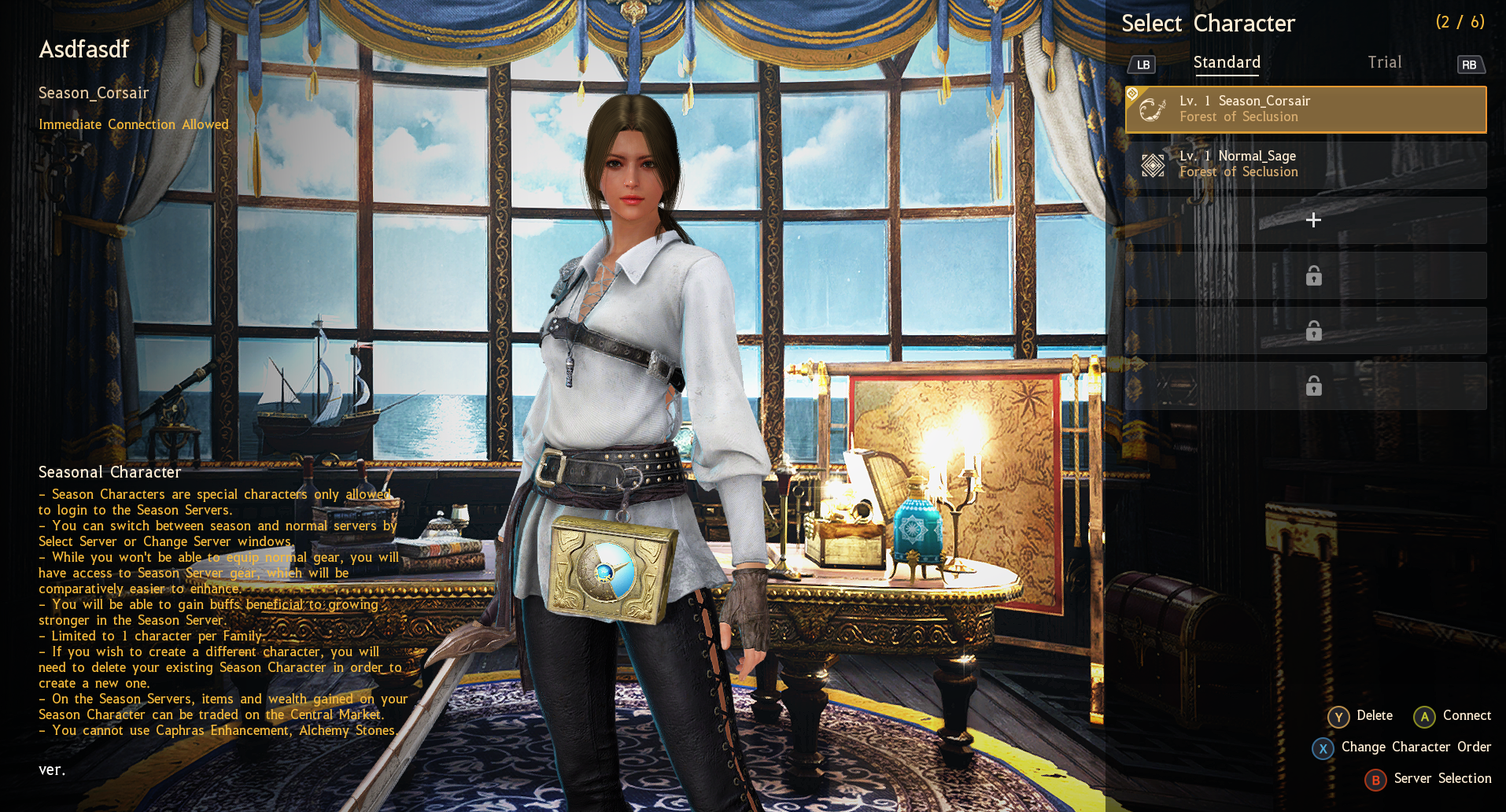 to show that they’re a Season Server specific character.

Season servers also have the EXP buffs just like Olivia servers but unlike normal servers, season servers work a little differently in that there is no level ceiling. This encourages Adventurers to race for rapid growth using the benefits from the season server.

Also, season characters will be able to access season-unique equipment that’ll give a major boost to adventures using the season server.

End of a Season

Once the season server finishes, all Season characters will be converted to a normal character. For each season, a specific end date will be announced via the website, and details regarding the Season Server graduation will also be announced at that time.

Lastly, "Perilla’s Star” will also be given as a special reward after fulfilling specific conditions when moving to a normal server from the season server. This rare item provides quite a boost when used in the right situation so try not miss it.

Stay tuned for more information on the season server and its special rewards!