● Pre-creation for the newest class to Black Desert, Corsair, is available now. Pre-create to earn rewards to start you on your journey! 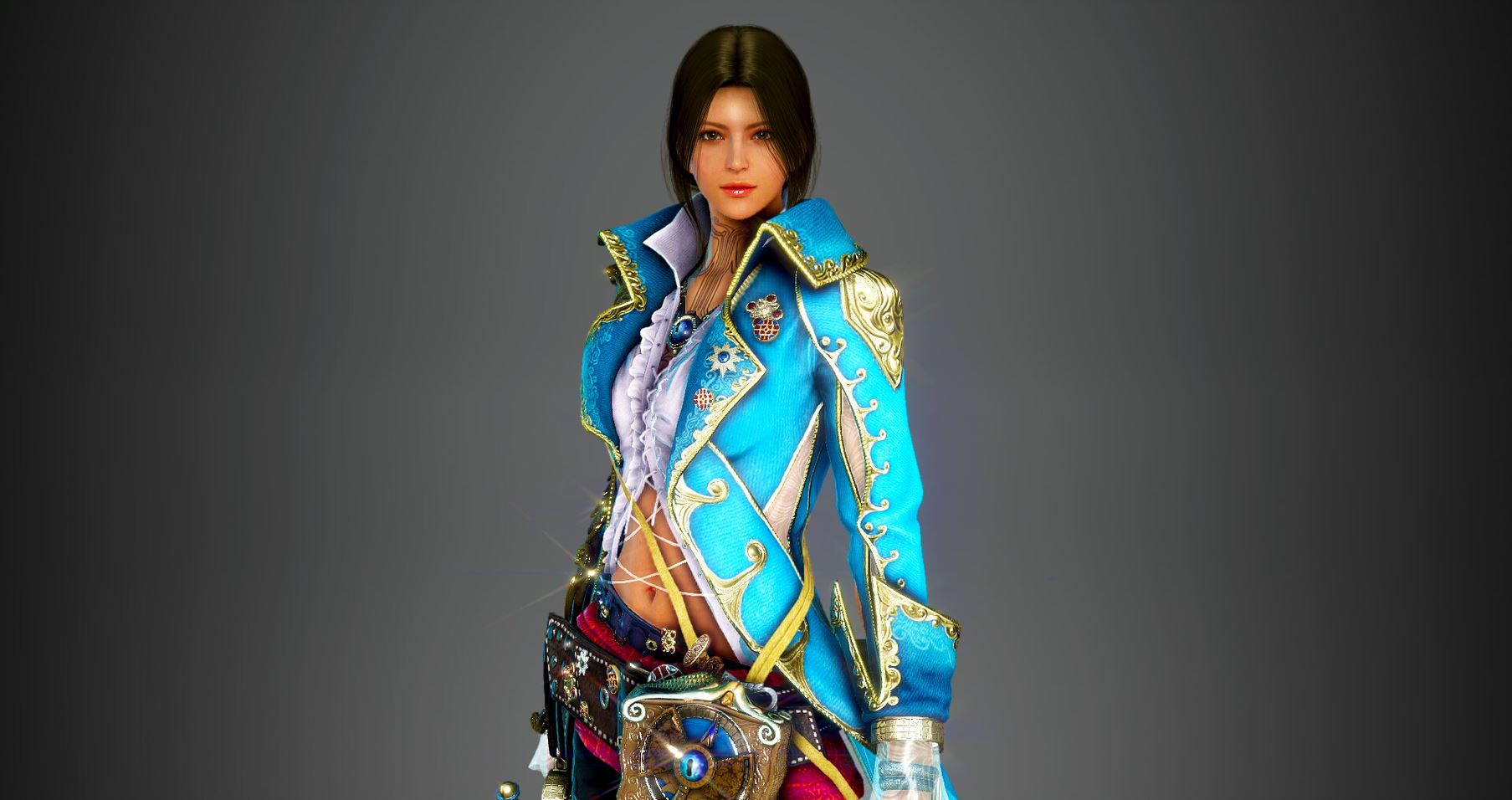 - With the addition of the latest class, the maximum number of slots can be expanded up to 24 characters.

- A new character must be created in order to begin a season.

※ During the pre-creation period, you can create a seasonal character despite not being able to access the season servers. 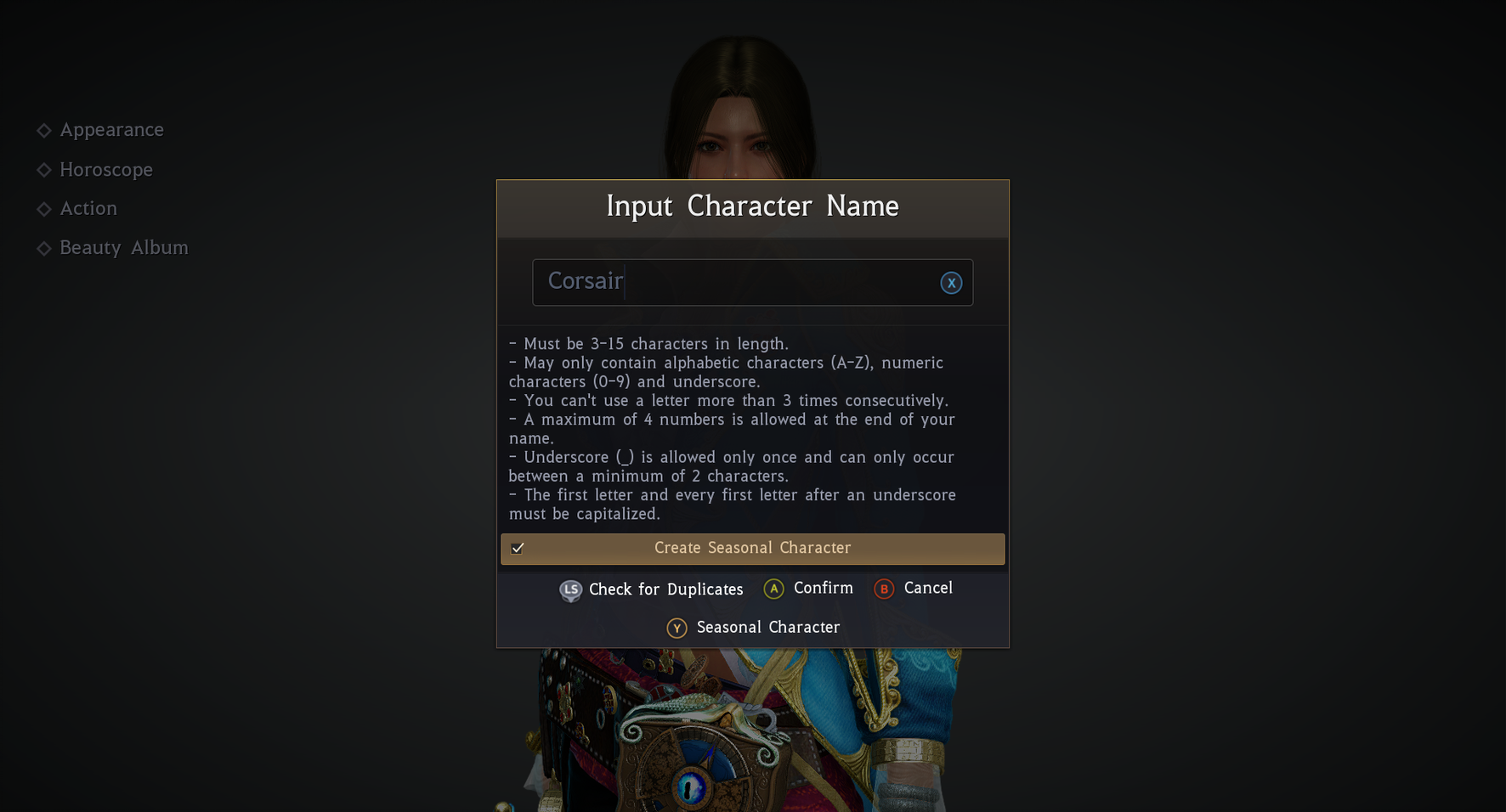 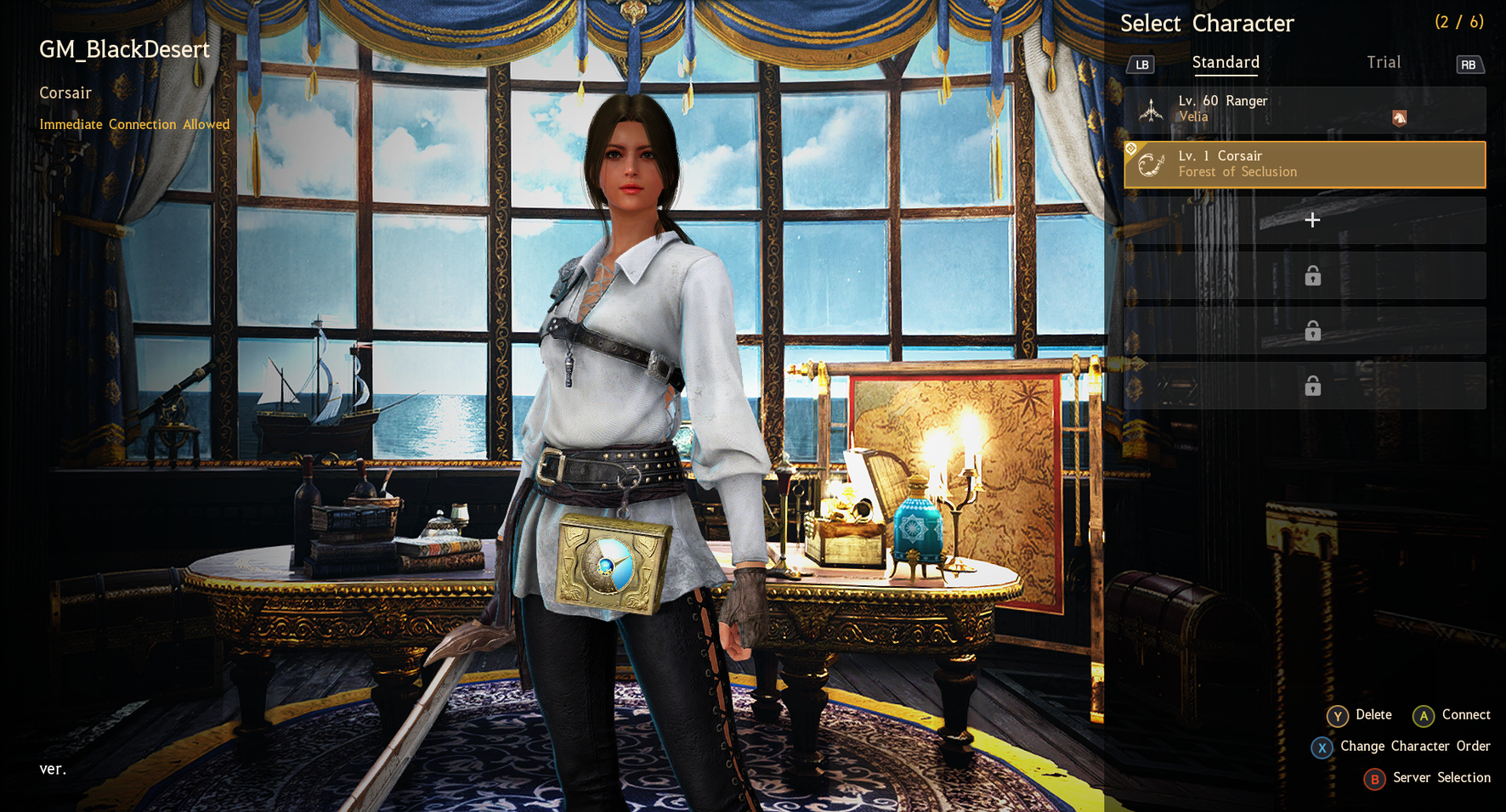 - The Corsair can also be pre-created as a Season character.

For more Information, check out the Season Server GM Note that will be released soon.

● The new Dream Horse, Diné, has been added to the game.

- Diné can travel across the deserts without penalty, and the sacred Golden Horn of Diné can cast restorative effects on the world around them.

- Diné will automatically be able to run across the desert unimpeded, and be unaffected by the speed penalty that the desert applies to Horses. The Auto-Sprint function can also be activated and used through the desert, assuming you are Artisan 1 or higher in training, a saddle has been fitted and the horses weight is no higher than 40%.

- Coursers that are Tier 8, and level 30, can attempt to awaken into a Dream horse once their total points equal 200%, and a Krogdalo’s Origin Stone is used at the Stone Tail Horse Ranch in Mediah.

- Diné can obtain the following skills:

For more information, check out the GM Notes HERE.

● The Old Moon Guild have decided that Adventurers need to be better equipped to face the dangers of the world.

- Through this new addition, adventurers are guaranteed to obtain one of the following accessories at PEN (V) level!

- The Old Moon Guild’s trade quest line is available to Adventurers who are level 56 and above, and the first quest can be accepted from the Black Spirit by completing the ‘A Cry for Help’ quest line.

- Once you finish the quest from the Black Spirit, go back to Jetina to earn an amazing reward! You will be able to choose either a Ring of Crescent Guardian, a Narc’s Ear Accessory or a Tungrad Earring!

* Accessories obtained through this quest cannot be put onto the Central Marketplace.

- To enhance the accessory you obtain through the Old Moon Guild’s Trade offer, you need to use Burning and Dancing Moonlight Black Stones.

- This item is guaranteed to enhance, and does not consume existing Enhancement Chances while being enhanced, and does not lose durability through the enhancement process.

- Added a way to produce the Dancing Moonlight Black Stone

- The Old Moon Alchemy Catalyst can be purchased from Old Moon Guild vendors for 3,500,000 silver.

● New quests have been added to allow you to acquire.

- These quests can only be accepted if the ‘Old Moon Guild’s Trade Offer’ quest has been completed.

- Level 56 or higher characters can receive a quest from Jetina, and each family can only complete only one quest per family, per day.

- You can complete either a Subjugation Request or a Restocking Supplies request once per day.

- The following Restocking Supplies requests can be accepted from Jetina.

- The following Subjugation quests are available from Jetina.

● Quests have been added to acquire the Dancing Moonlight Black Stone.

- The accessory you chose in the ‘Old Moon Guild’s Trade Offer’ will be required to pass the ‘Shining Brighter’ quest from Jetina.

* The quest can be completed by offering enhanced accessories up to TET(IV) level, as long as they are in your inventory.

* This quest may only be completed once per family.

* Upon completion of the ‘Shining Brighter’ quest, you will be unable to accept the ‘Restocking Supplies’ and the ‘Old Moon Subjugation’ quests.

The ‘Old Moon Guild’s Trade Offer’ is available for all Adventurers. By the end of this quest line, you are guaranteed either a PEN(V) Ring of Crescent Guardian, a PEN(V) Tungrad Earring or a PEN(V) Narc Ear Accessory. It will take a decent amount of time and effort, but since there is no time limit and the enhancements are guaranteed, we hope that it is an enjoyable experience.

We decided that no matter which accessory you select to start this process, you will be able to change it to another accessory only once per family, when the accessory has reached TET(IV) or PEN (V).

We decided that no matter what accessory is decided upon during the first quest, it will be possible to change the accessory before going for the PEN(V) version. For example, if you chose the Ring of Crescent Guardian in the first quest, once you reach the level of TET(IV), you will be able to exchange it for a TET(IV) Tungrad Earring or TET(IV) Narc Ear Accessory.

● As a surprise gift, J’s Hammer of Loyalty will also be available through a coupon code.

- You can receive one J’s Hammer of Loyalty by entering the coupon code, 2021-HEID-ELHA-MMER on the website.

- The coupon, and the mail it is attatched too, must be redeemed before July 31st ,11:59PM (UTC) 2021. After this date, the mail will disappear and the coupon will become invalid.

- This coupon can be registered only once per family. 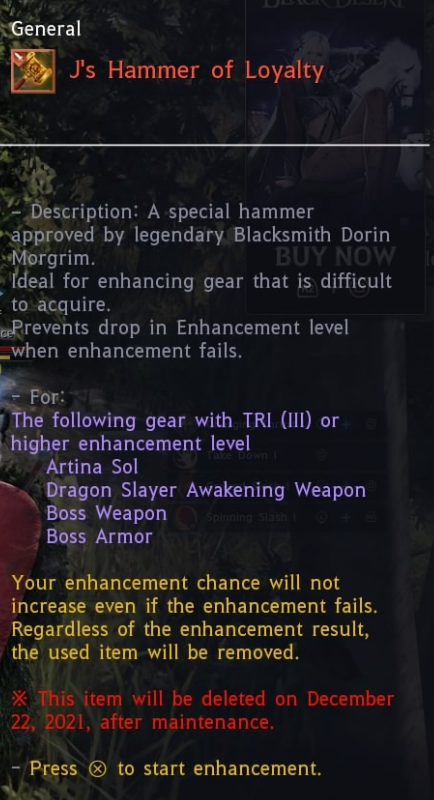 ● Flashing Light – Fixed the issue where the backward movement of the skill would be shorter if it was used after hitting Bloodthirst: Katana Shower

● Shout to the Sky III – Changed the following buff effect to not stack.

● Succession: Arid Assault – Fixed the issue where the Bound Effect was applied even when the skill was used while on cooldown.

● Changed the Overcharged state to no longer apply for skills used on cooldown. Consequently, the following skills’ descriptions have been changed.

● Bolt – Fixed the skill to now display the beginning animation when used during the Overcharged state.

● The max durability and DP has increased for Node/Conquest War Fort/Command Post/ Field HQ, and other annexes have also been improved.

● You can now see the AP/DP of characters when checking their inventory in the Disconnect menu.

● Added the option to hide your own pets.

- Your pets will still gather drops as normal, however they will not be visible. 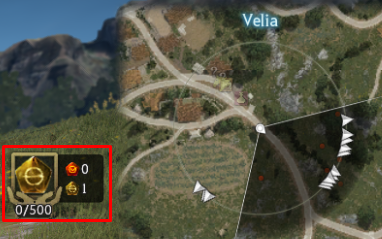 ● When transporting mounts, you will now be able to see the tier of horse that is being transferred. 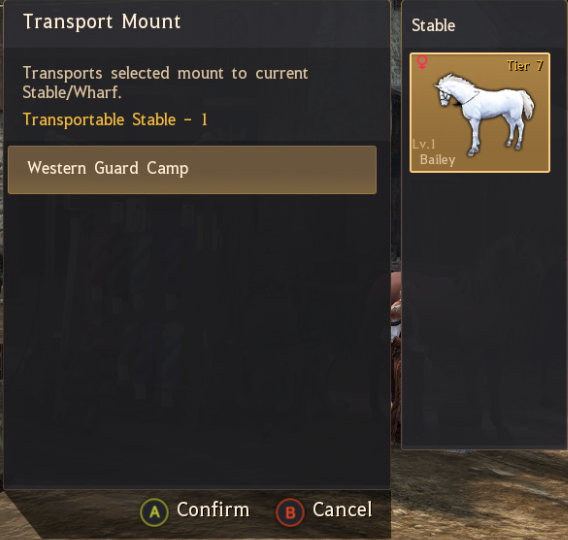 ● Skill Input key has been added to the game. This will display a list of possible skills that can be activated from your current position.

● The loading image has been changed to celebrate the past Heidel Ball.

● Certain backgrounds have been modified to make them look more natural.

● Fixed an issue where you were unable to open your inventory while riding an Epheria Cog.

● Changed the topographical features of Padix Island on the World Map.

● When your remaining time of a Value Pack is 1 hour or less, a new warning message has been adding when registering specific items.

● On an uninhabited island near Oquilla’s Eye, traces of pirates have been discovered.