Time for another Dev Note, and this time we’re talking to Jiyoon Kim. Jiyoon works on Music Composition and Sound Design here at Pearl Abyss, and has been incredibly busy working on the Audio Remaster which will be making its way to the Xbox Version of the game. 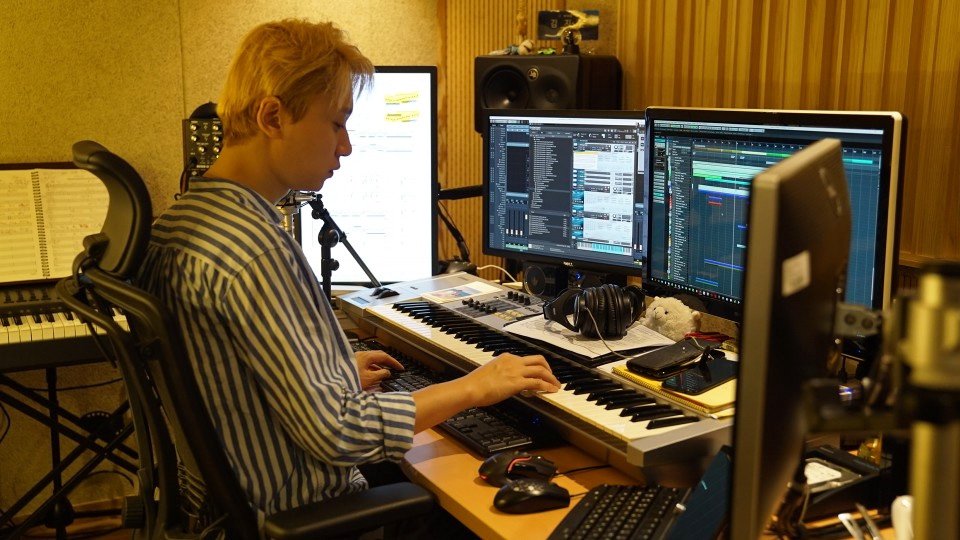 Jiyoon showing off his cozy studio

Q. Where do you draw your inspiration from when creating new music?

In the case of Black Desert, we have tried to reinterpret the worldview by incorporating the general mood of modern elements into the basic Medieval motif of the game. In that regard, while we try to work the varying characteristics of each continent including symphonic, folk, Celtic, Gypsy, Arabesk, etc musical motifs into the game (Medieval Europe for Balenos, Serendia, and Calpheon, and Middle Eastern regions for Valencia), it is important to process the different styles into a cohesive musical "identity" that is uniquely Black Desert as a whole.

We cap off the creation by working closely with our Audio Director, to ensure that the motifs and compositions are uniform across the continents and the sub-regions.

Q. Which other games soundtracks do you enjoy?

Skyrim’s soundtrack is phenomenal. Jeremy Soule set a high bar on how music and ambient sounds can expand the horizons of open world games. I also enjoy Austin Wintory’s Journey, and Jesper Kyd and Brian Tyler’s Assassin's Creed series. Their contributions have helped revolutionize the audio quality in the gaming industry. 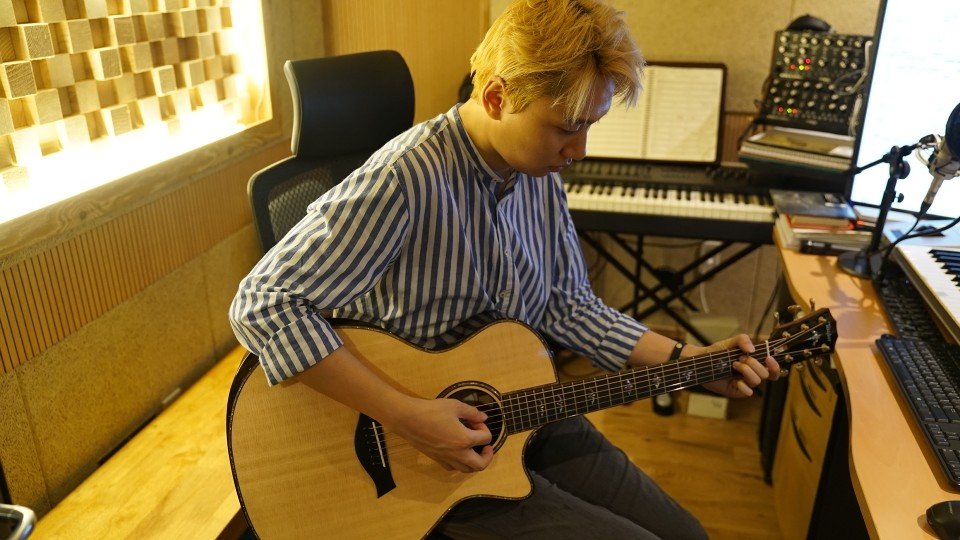 Jiyoon plays many instruments, and enjoys playing the guitar in his free time

Q. Designing sound effects for monsters must be difficult, could you explain the process of creating the grunts of monsters?

First we determine the composition of the monster. The texture, strength and density of the monster is the starting step. If it is a Treant, then it would sound strange if it sounded like clashing metal. Once we determine these factors, we look at the nature of the creature. Is it a large lumbering herbivore or a small nimble carnivore? The final step is for the players. The game is an MMORPG, and there is a chance of there being many creatures getting killed in a short amount of time by players. We therefore test the source output and attenuation before placing the sounds on the characters.

We then run the voice source through several EQ’s, filters, modulations etc after recording. This helps us to tune the sound to where we want it to be. However, Black Desert’s battle sound effects are rather heavy, which can make it difficult for the monster sounds to come through.

Q. Talking about creating sounds, how do you create the sounds of the weapons and magic effects when there is no real life equivalent.

A very important question. Black Desert offers great graphics and a whole world to explore, but basically, battle is the main point. The battle mechanics itself feels unique, so we had to set up a very different steps of testing.

Since Black Desert is medieval, most weaponry can be recreated in real life. But when we require more emphasis, or a more magic sound is required, we capture some of the more extreme sounds the real world has to offer. We combine sound effects from explosions, earthquakes and other extreme situations, and add identity to them by using analog synthesis.

Q. What are you most proud of in terms of sound on Black Desert?
Our goal was to create a streamlined atmosphere and have the music blend naturally within the area. We worked hard on our ambient noises to help achieve a more natural atmosphere. The release of the Xbox version will allow us to express those changes and bring a more diverse sound landscape.