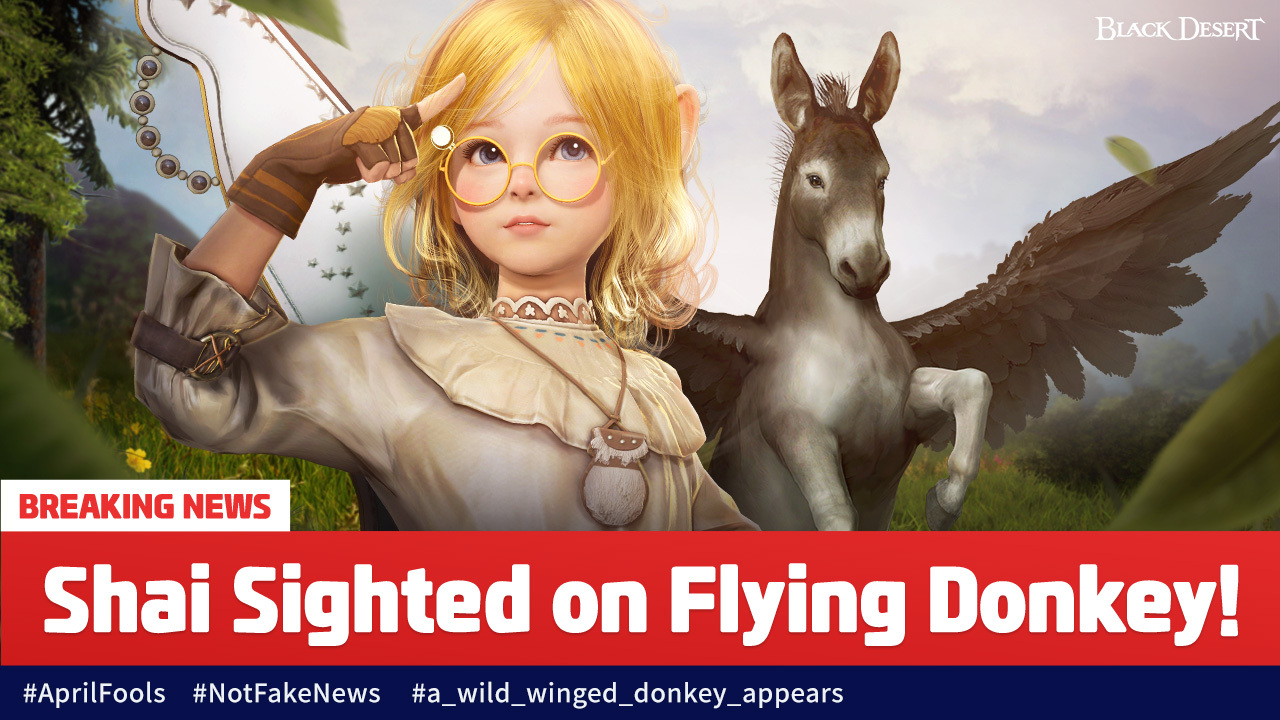 We all knew that there was no way we’d let this day pass without a proper mischievous event.

To celebrate this joyous tradition, we’ve prepared some great surprises for you!

Hope you have fun with them!

The world of Black Desert has been hounded by Field Bosses for quite some time, appearing on random servers whenever they please.

For some reason, the Field Bosses had a meeting and decided to do a 2 week-long April Fools “prank.” During the event period, despite which boss shows up on the notifications, a different boss can appear instead in that location!

EU: After the March 31st Maintenance ~ Before the April 14th Maintenance

ASIA: After the March 31st Maintenance ~ Before the April 14th Maintenance

① Field Bosses will begin to randomly appear in locations that should summon another boss.

- Field Bosses do not appear in their original location.

(ex. "Dastard Bheg", “Dim Tree Spirit”, “Giant Mudster”, “Katzvariak” may appear instead of “Red Nose” but “Red Nose” himself will not appear in his own place.)

Adventurers will now have to travel to the location to find out which one appeared.

Catapulting into the skies is nothing short of a donkey’s dream come true.

We can't think of anyone better than Shai to lead them into the air.

Log in to your Shai and give these Arduanatt-like majestic creatures a try.

No limits! Let those donkeys soar through the skies!

EU: After the March 31st Maintenance ~ Before the April 14h Maintenance

ASIA: After the March 31st Maintenance ~ Before the April 14th Maintenance

Log in with your Shai character and mount a donkey!

- Magical wings will appear on the donkey when jumping or gliding! You’ll be able to travel faster if you glide down a high hill with the donkey’s wings.

- The following skills can only be activated when mounting a donkey with Shai:

Double Jump: Press X or A while jumping

*Skill use is not restricted nor affected by the level of your donkey.

※ Pearl Abyss reserves the right to change, modify or cancel the event depending on mitigating circumstances.

※ Any changes made can be found on this event page.

※ Participating in the event using inappropriate methods will result in a cancellation or retrieval of your reward and restriction from the game.

※ If you violate terms of service, you may be restricted from participating in the event.

※ If you have any questions about this event, please send a ticket through [Support].