The desert has opened and the Kingdom of Valencia is now available for adventurers to explore. The desert pulls no punches, and will happily see you perish from heat stroke or fall under the blades of the notorious Gahaz Bandits.

Learning to survive the desert can be a daunting task, but fear not as the Kingdom of Valencia has released the following survival guide: [Land of Scorching Sun and Desert] 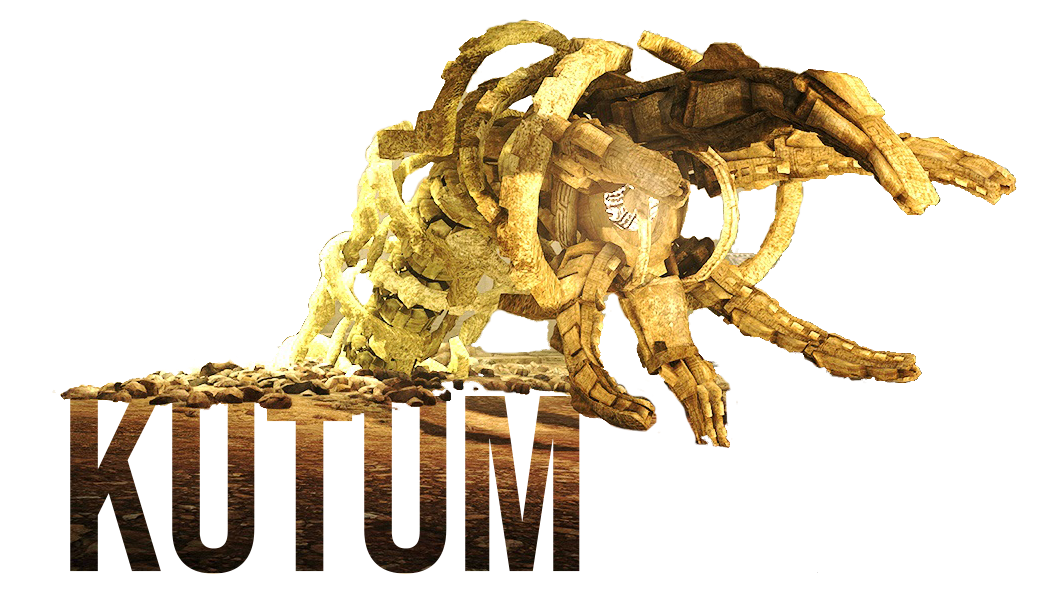 The heart of the desert beats again, and the ancient Kutum stirs in the Scarlet Sand Chamber. This terrifying ancient construct was once sealed away, but adventurers who travel near the Scarlet Sand Chamber have reported a rhythmic beating, almost heart-like, coming from deep underground. You can find out more about this monstrosity by visiting the GM Note:

[The Heart of the Desert Beats]

As a new world boss has been added, the world boss timetable has been modified. Check out the times below and schedule your next world boss fight.

(*The world boss times have been updated. We apologize for the inconvenience.)

The Lahn and the Ninja make their way to Black Desert.

The Lahn dances a beautiful dance of death with her Crescent Pendulum, and awakens to fill the blood thirst of the Crimson Glaives. With her deadly grace, the Lahn can slice anyone who stands in her way.

Embrace the shadows and deliver precise and deadly strikes on your enemies as the Ninja has been added to the game. This deadly assassin can hide in plain sight, or storm the battlefield with his Sura Katana in his awakened form.

As these 2 new classes have been released, the maximum number of character slots available has increased from 9 slots to 11.

Discover your past to unlock your future as Awakenings have been added to all classes in Black Desert. Awakening brings a new way to play your favorite class. From a gigantic greatsword for Warrior, the elegance of the Ranger’s Kamasylven sword or the brutality of the Berserker’s Iron Buster, each class has something new to play with.

Switching between your awakening and pre-awakening form is as easy as pressing triangle during combat, or using certain skills that cause your character to switch effortlessly between the two modes. To find out more about what you learn about your class during awakening, head to the following GM Notes:

The highest tier of pre-awakened skills are here. Absolute skills allow you to transcend the power your already had, and unlock the full potential of your character. Absolute Skills add more effects to your skills, including things like more damage, more targets hit and more. To enhance a skill to its absolute level, you will need the skill at its Ultimate level, and invest a large quantity of Skill Points to learn the absolute version.

Node War pre-season has concluded, and as a result Conquest Wars are now available. Each Saturday, guilds will be able to duke it out for control over the whole region (Balenos, Serendia or Calpheon). Our original GM Note about Node Wars and Conquest Wars covered the how to, so check it out at:

Tribute Wagons will also be traveling between cities 2 hours before Conquest War begins. This is a chance for all players to try and collect back some of that tax you have paid over the week. Attacking the wagon instantly sets your status to PvP mode, but you will not receive Karma Penalties for attacking it.

For the convenience of guild officers, we reduced the required minimum number of guild members to build a fort for node & conquest wars. You will now need 5 players online in order to place down your fort.

Duke it out with other guilds for control of one of the most profitable regions in the Black Desert world as the Calpheon Region is now available for Node Wars and Conquest Wars! Nodes will be contested Sunday to Friday, and the conquest war for control of Calpheon castle starts on Saturdays.

Node Wars for Calpheon will follow the schedule below:

We’re bringing some improvements to the enhancing process. This includes gear cleansing, devouring and more.

You can now enhance your gear above TRI (III) as TET (IV) and PEN (V) have been added to the game. Enhancing to TET and PEN can be incredibly risky, so it is heavily advised to have back up gear when attempting to reach the higher levels of gear. Remember, failing enhancements at these levels will cause your enhancement level to decrease by 1.

Much like Advice of Valks, you can only gain enhancement chance from Devour while you are sitting at +0 Enhancement Chance.

Blacksmith’s Secret Book allows you to withdraw your Enhancement chance to use them at a later point. These work similar to the current Valks Advice, but you will need to build your failstack before trying to withdraw them.

You cannot use the Blacksmith’s Secret Book to withdraw Valks’ Cry Chance Increases.

Priests across the Black Desert world have been imbued with the power to cleanse the Black Energy from gear. The priests can now degrade weapons and armor from +15 to +14, allowing the item to be used for building more Enhancement Chances.

Cleansing gear only strips 1 enhancement level from an item, and is guaranteed to be successful. It costs 100,000 silver for the priest to conduct the ritual. 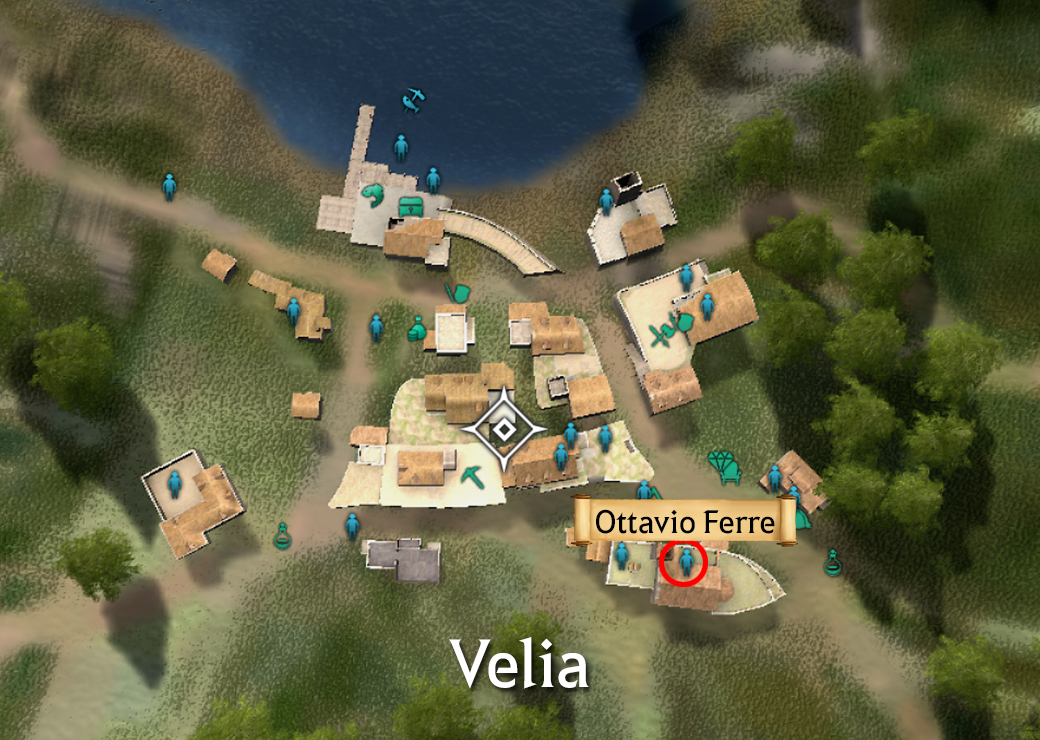 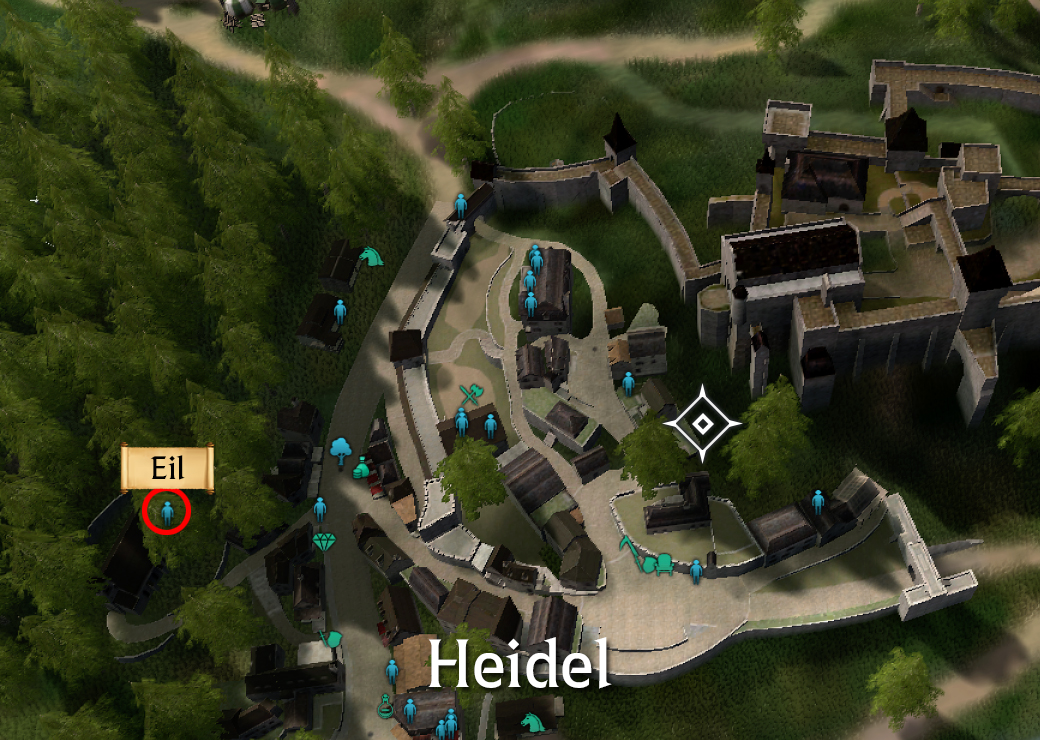 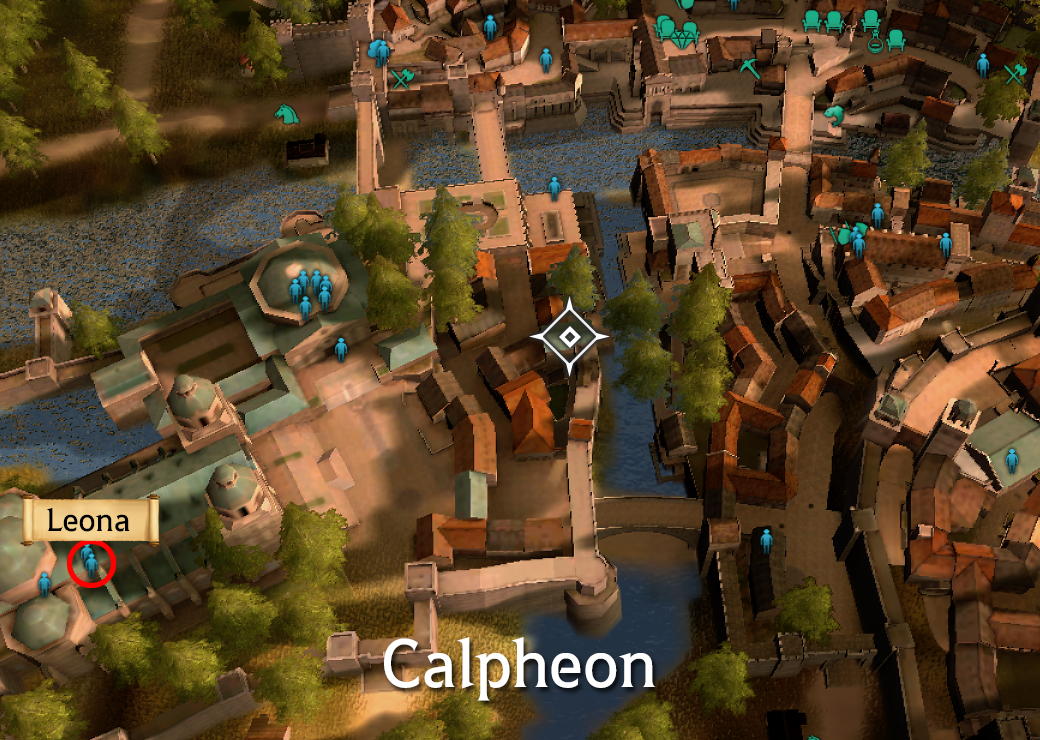 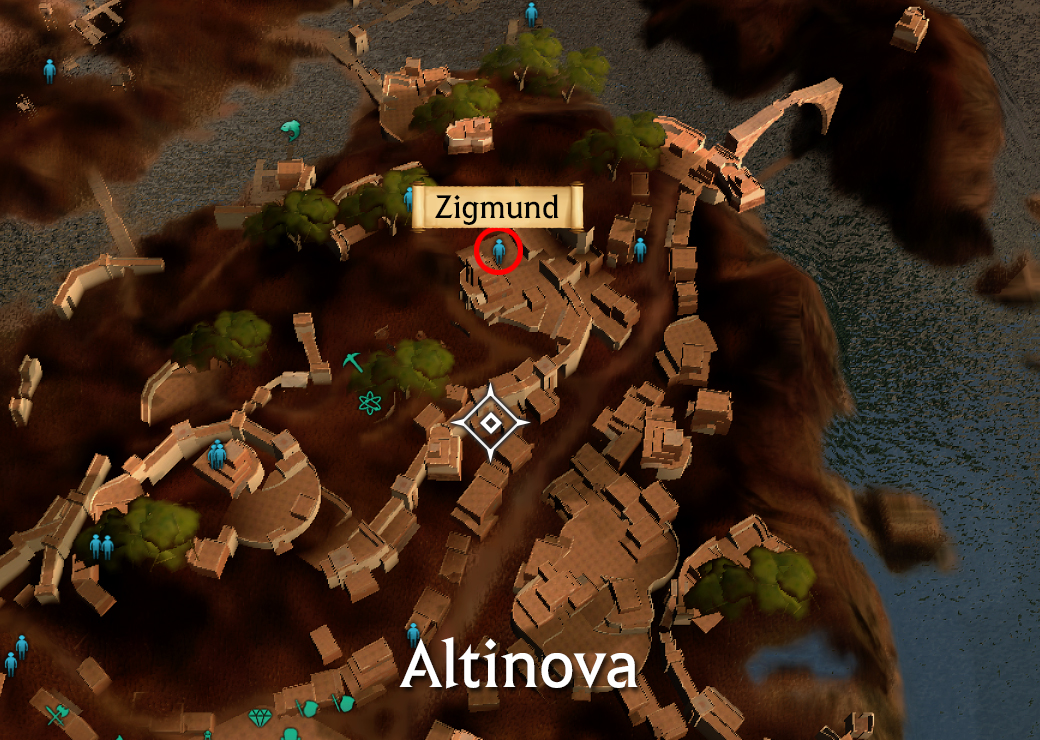 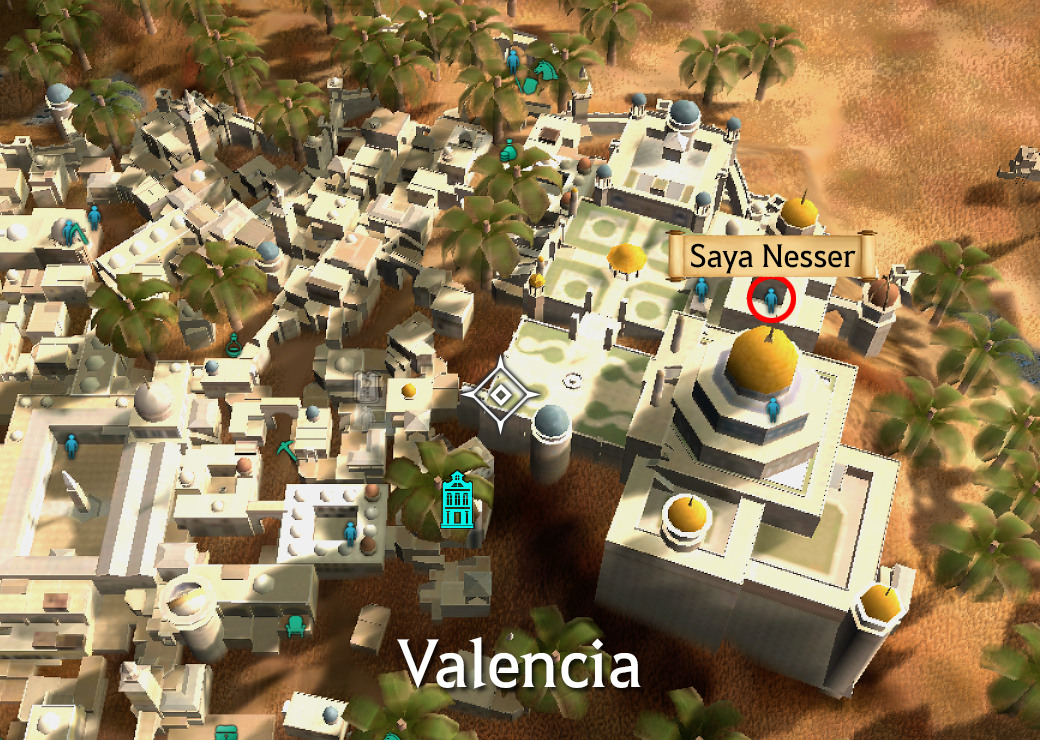 Under the cover of darkness, a new vendor comes. The Black Market NPC, Patrigio, can be found across the Black Desert world, selling items ranging from Black Stones to Kzarka Weapons. It costs 50 energy to coax Patrigio into showing you a different item, so make sure that you are prepared . Patrigio will sell items between 22:00 ~ 07:00 in-game time, so make sure to visit him while you can.

If you currently do not have the silver to pay for the goods, you can press Triangle to hold the item for 15 real world minutes. This gives you a chance to shuffle silver between your characters and pick up potentially cheaper items from Patrigio. (There is an issue with 'Hold' function, so it will be updated soon.)

Here is the total list of what items you could possibly get from Patrigio.

Patrigio can be found in the following locations: 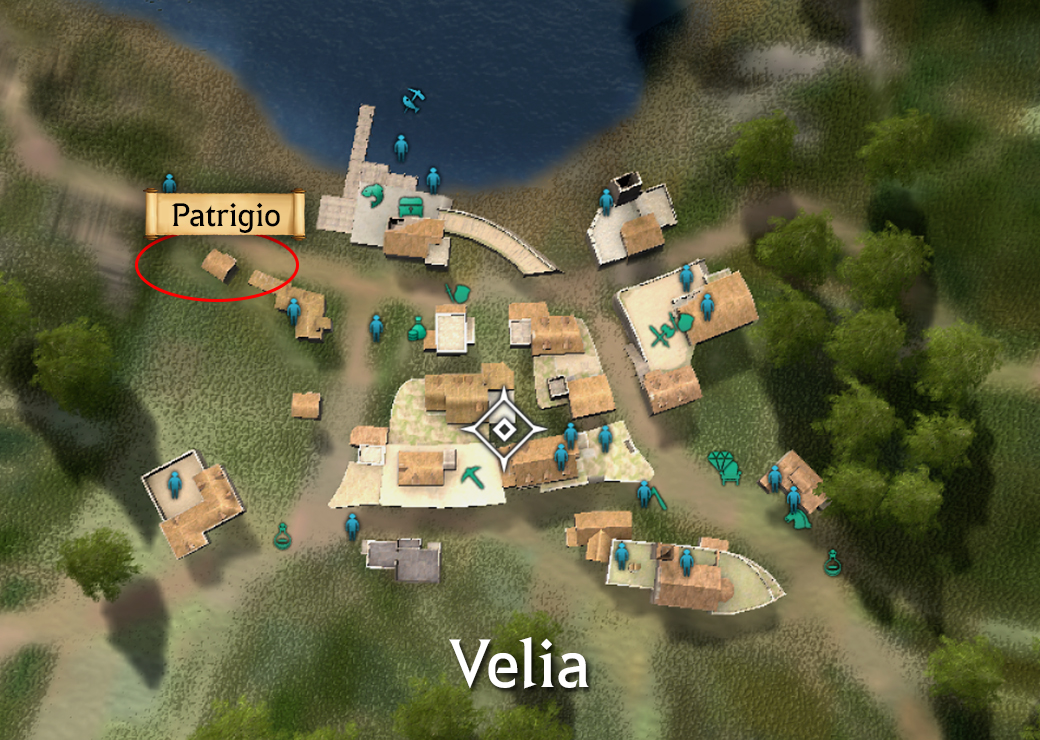 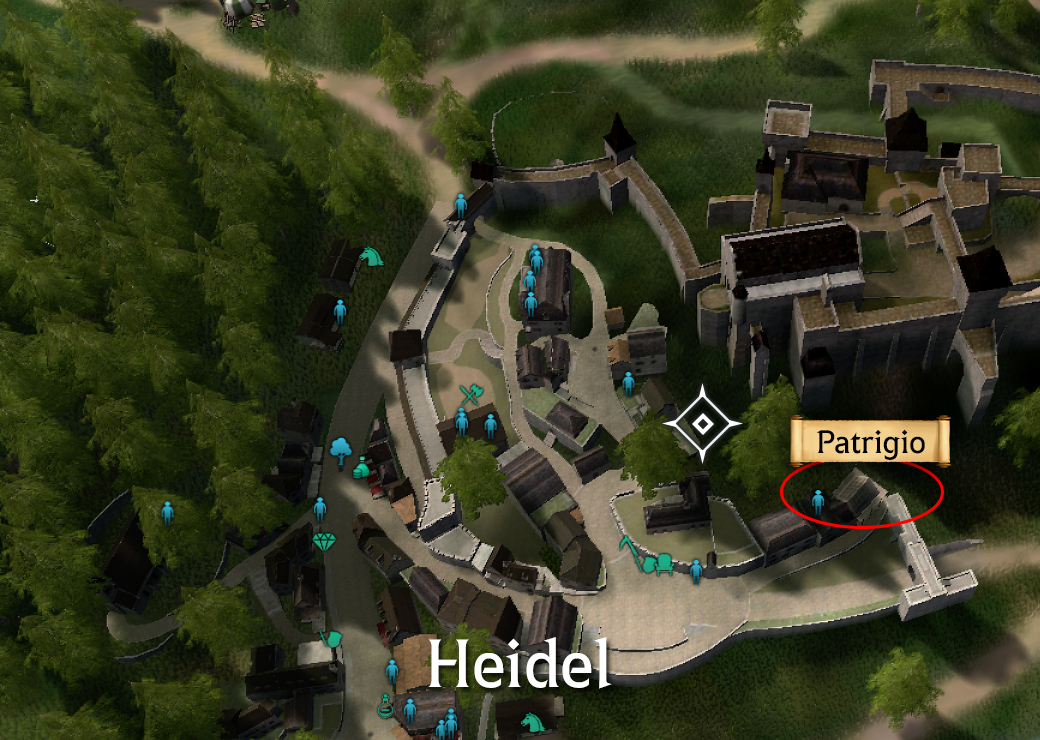 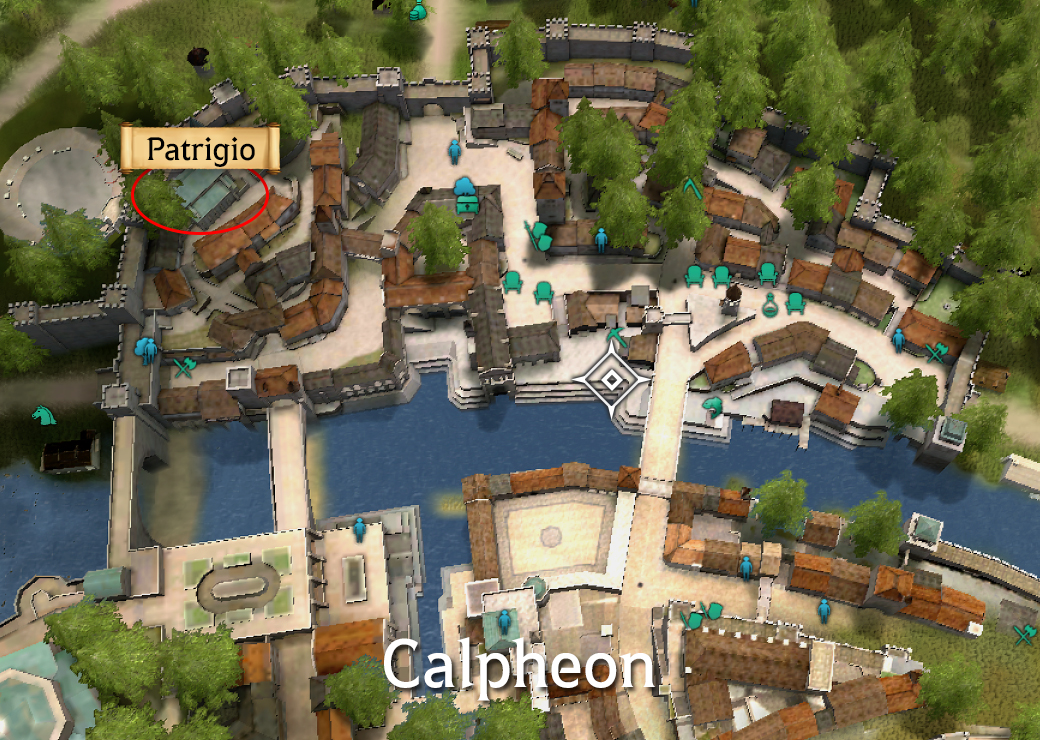 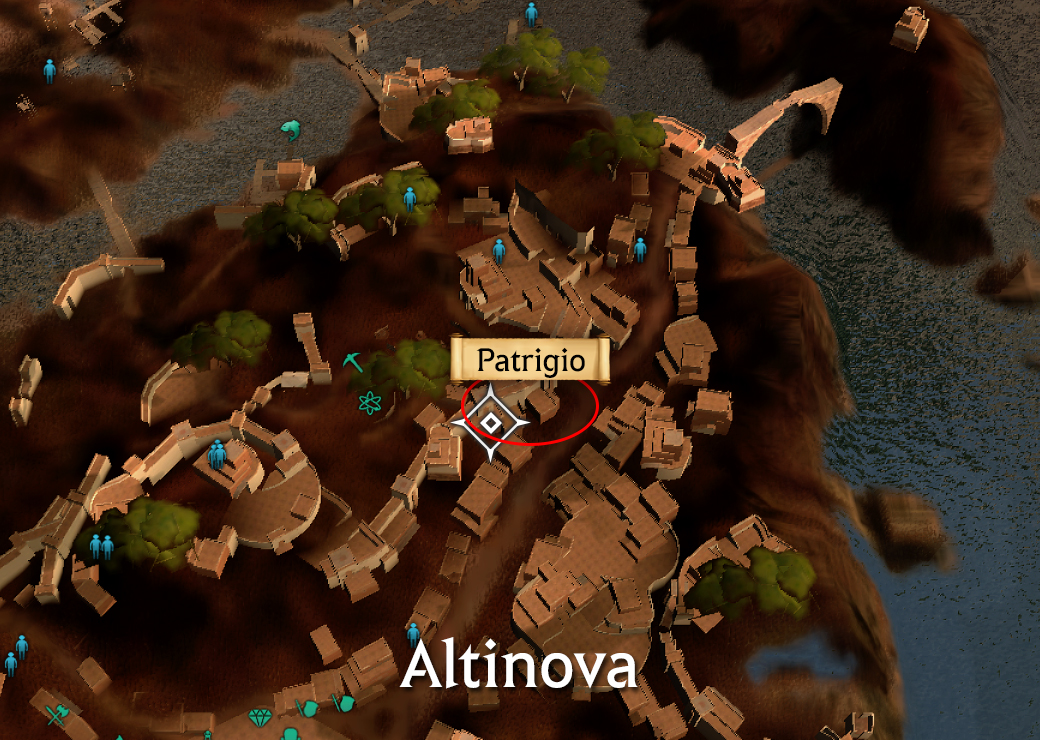 The road of a hardened adventurer is tough, and it gets even harder when it comes to travelling through the desert. So why not spend a little silver on yourself and enjoy a Villa. Access to a villa costs a 100G bar (10,000,000 silver), and will grant you access to daily quests, blacksmiths and more. In the Villa, you will also be able to purchase villa buffs, which will grant your character special bonuses when going out into the desert.

Villas are shown on the world map as turquoise buildings in Valencia. These villas offer respite from the harsh environment of the desert. But Villa buffs aren’t only available in the desert. You can purchase one and then head into node wars to give yourself a little more firepower on the battlefield.

If Villas aren’t your thing, then Old Moon Tents offer you the opportunity to create your own mini oasis. Campsite can be set up almost anywhere in Black Desert, and give you access to a local storage, repairs and even a ministore (although you can’t sell anything to the Tent store).

To get your tent, you will first need to complete the [Survival Guru] quest, which is given to you by the Black Spirit once you have completed the ‘[Boss] Witch-Hunting’ quest. From there, you will be able to pick up the ‘How to Survive the Wilderness’ quest which will allow you to get the camping tool, and once you finish the ‘Old Moon Guild and Survival Skill’ quest you will get the Old Moon Camping Anvil, Old Moon Camping Tent, and the Old Moon Camping Shop.

Once you register the Camping Tool, you can use the tool and the Camping Tent permanently. However certain parts of the tent (Anvil/Shop) will only be available for a short time. Camping Tents can also be used on all characters once the quest has been completed, but if there are items in the tents storage, you will be unable to pitch the tent until the storage has been emptied on the character who put the items there.

As Valencia has been added, we are also increasing the number of pets that you are able to take out at a time. You will now be able to withdraw and use up to 5 pets at the same time. This will help you when you start clearing enemies faster than your pets can keep up.

Since there are now even more pets for you to manage, you can now adjust all 5 pets movement level. Movement levels allow your pet to pick up items faster at the cost of running their hunger gauge down quicker. With this update, you can change all 5 pets at the same time by pressing L2+X. The movement status will also be saved for the next time you log back into Black Desert.

Velia is also receiving an update, as the new Wharf has finally been completed. The new tavern called ‘Dancing Marlin’ is opening its doors, and the Wharf Manager Croix has also set up shop there.

More byproducts have been added to both cooking and alchemy. These byproducts have a certain chance of appearing after a successful cook, and can be traded for more items, including the ‘Dish with Poorly Prepared ingredients’ which allows you to exchange these items for more Contribution Point EXP, allowing players who wish to life skill to build up a node empire without helping the world around them.

The alchemists in Florin have been working incredibly hard, and have created new batches of potions for general use.

Splashing Point has been buying more and more fish to feed their massive appetites. As a result, the prices of fish has been massively increased to around 260% of their current price.