A new update is here, bringing the Liana's Tool Bag, changes to skill enhancements of many classes and more! Read on to find out more details of what is coming during the July 6th Update.

Valentine's Apprentices, Liana and her twin brother, Ludowig, have come up with an incredible invention. The invention of ""Liana's Tool Bag"" will help Adventurers who enjoy Gathering to manage their inventories and Gathering tools.
Liana’s Tool Bag can hold one of each type of collection tool, and when approaching a gatherable item, you will be able to conveniently switch between each of the tools by holding Y/△.
This type of tool has long been requested from those who like lifeskilling, and we are happy that we can finally get this item into your hands.
In order to get this bag, you’re going to need to pass a quiz, so we suggest filling up on energy before seeking it out.

● "Liana's Tool Bag," a bag that automatically equips all tools held within to conveniently perform Gathering activities, has been invented.

- You can use the [Tool Bag] menu that will appear on the Inventory UI upon obtaining Liana's Tool Bag to store one of each type of Gathering tool.

- The Interaction button for the proper Gathering materials will appear on the Ring Menu if you get close to the Gathering materials while Liana's Tool Bag with the Gathering tools is equipped in a slot.
- Use Y/△ to cycle through the options to adjust which tool you are using.
* Herbs: Barehanded Gathering ↔ Gathering via a Hoe
* Trees: Lumbering ↔ Collecting Fluid
* Animals: Butchering ↔ Fluid Extracting ↔ Tanning

- Your selection for which gathering type used will be maintained until you switch it.

● There's a rumor going around about Liana's Tool Bag. A convenient tool for gatherers everywhere.
- Rumors say that Adventurers who get recognized as a "knowledgeable Adventurer" by answering all of Liana's riddles correctly will receive a special bag invented by Valentine's Apprentices Liana and her younger twin brother, Ludowig.
- You can accept "[Tool Bag] Liana's Invention" from the Black Spirit from Lv. 49, then find Liana to accept and complete "[Tool Bag] Liana's Trivia" Part 1 and 2 to obtain Liana's Tool Bag (once per Family).
※ [TIP] We suggest you prepare Energy Potions since a lot of energy may be consumed during the trivia quiz.

The revamps to Great Ocean monster zones and ship upgrade methods introduced in the Development Preview GM Note are here!
First, we’re improving the loot and drop rates in Great Ocean monster Zones. We wanted to add more zones with unique traits for our sea faring Adventurers to choose from, just as we did to the monster zones on land.
We also adjusted the difficulty of Saltwater Crocodile monster zones to be available for solo Adventurers, but will maintain loot dropping for up to two party members, the same as before.

To make Great Ocean content more accesible to a greater number of Adventurers, we revamped the means of upgrading ships too.
Certain zones will now drop Verdant Black Stones, certain region quests will reward heaps of Sea Monster’s Ooze, and new recipes for Adhesive for Upgrade have been added as well.
We’re continuing to look at making quality of life improvements so many more Adventurers will find it easier to access more of the Great Ocean.

● Increased the drop rates and amount of loot obtained from defeating the following Great Ocean monsters.


● Changed the following monster zones to now bear unique traits with the adjustments made to loot reward types and drop chance.


● Adjusted the Agris Fever Points consumed when defeating the following Great Ocean monsters with the adjustments to junk loot.

● Adjusted the difficulty for the Saltwater Crocodile Habitat from Party of 2 to now be soloable.
- The health of Saltwater Crocodiles has been reduced by 40% accordingly.
- The loot dropped here will still drop for up to 2 people if a 2 person party is created.

● Greatly reduced the Workload required for Sunset Black Stones.
- Workload: 10,000 → 600
※ This will take approx. 20 minutes for a Worker with 150 Work Speed.
※ Head over to Chiro's Ship Part Workshop in Iliya Island 3 for more information.
※ If a work order is already in progress, once their work is complete, the item will be stored in the storage at Iliya Island.

● Changed the location for the region quests Hungry Sea Creatures' Crystal I to III from the Arsha Sea to the Ahrmo Sea. 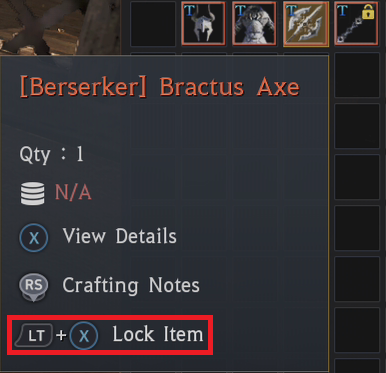 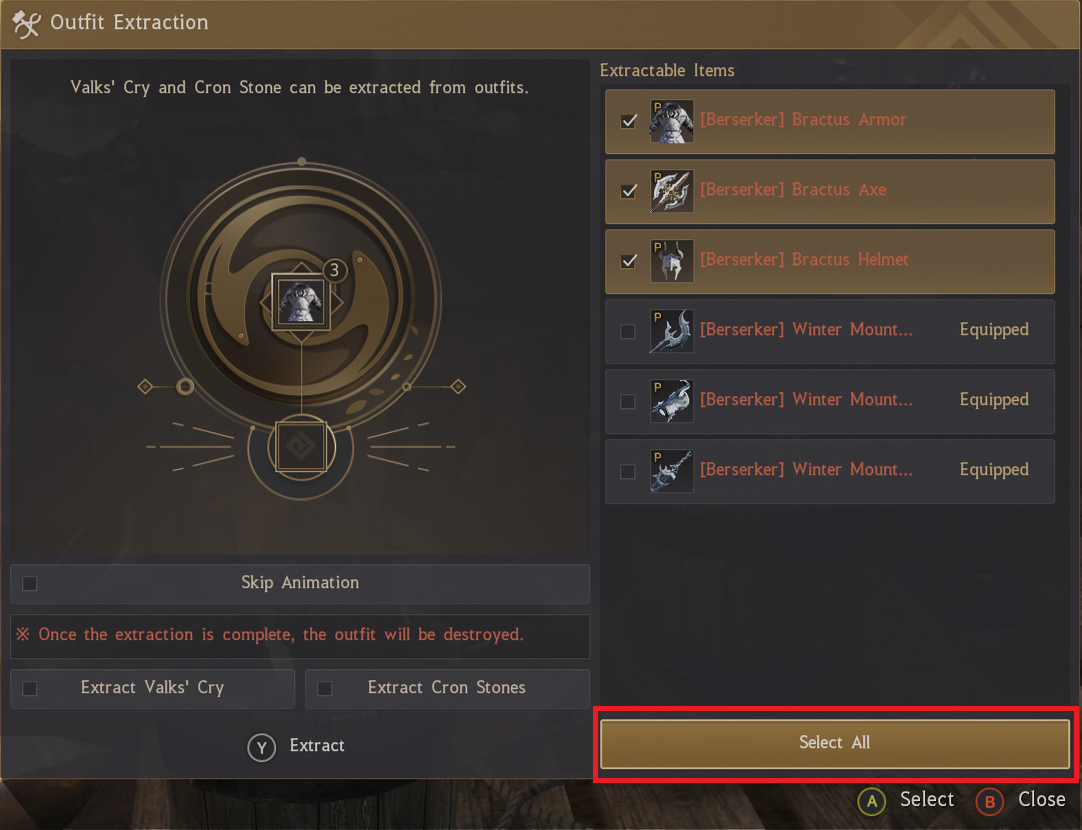 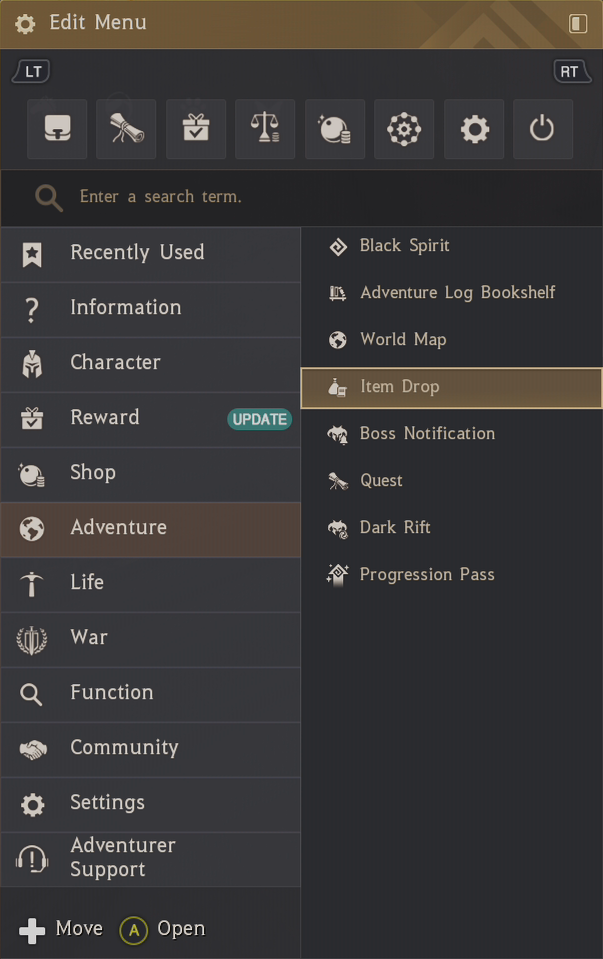 ● You can find more information by moving the pointer over the hunting ground tag.

● Added a function to check Monster Zone Info right away by selecting the Monster Zone UI within the worldmap.

● Memory used to output text has been optimized.


* Reduced the amount required for trading each of the following goods:


● The abnormal number of land items exchanged during the first level of bartering has been corrected.

* A detailed list of all the adjusted items are listed below.

As we mentioned in the GM note, we're implementing a bunch of changes such as reducing the weight of Imperial Delivery boxes, improving the Item Recover function, etc.
We're thankful for all of our Adventurers and their constant feedback, and we look forward to hearing your thoughts on these new additions as well.

● Changed the weight of the following cooking and alchemy boxes used for Imperial Delivery to 10LT:

● Fixed details about how to obtain and uses in the item descriptions of Luminous Cobalt Ingot, Enhanced Island Tree Coated Plywood, and Starlight Emulsifier.

We originally made the ability to use certain skills while auto-running on a mount available to Adventurers with high enough mastery in Training. Considering how much more difficult it is to level Training compared to other Life Skills, we had initially set the bar to 'at least Artisan 1,' but found that not as many Adventurers were using this ability. With the hopes that many more Adventurers will enjoy this ability, we decided to lower the requirement to 'at least Professional 1.'
● Lowered the requirement to use the function which automatically used certain skills while auto-moving on mounts.

● Improved the Caphras' Worn Record #1 to 4 Knowledge entries to be learned via talking with O'Arma.

● The icon that indicates items that cannot be equipped (i.e non-seasonal gear on a season character) has been modified so it no longer overlaps with the quantity.
● Improved so the notification widget of the quest progress, conversation and completion displays.
- Notification Widget will show even after meeting the requirements by talking to an NPC.

As mentioned in a previous GM note, we've changed the requirement for item notifications that appear at the top of the screen. Previously, notifications displayed when a Green or higher-grade item was obtained. This requiement has changed for displaying blue-grade items or higher, making the notification more useful.
We've also removed Black Stones from the notifications. They were once a worthy item, but as it has become easier to obtain them, we have adjusted the notifications not to show these items.
● Changed the requirements for obtained items to appear at the top of the screen as system notifications as follows:
- Improved the system alert displayed when obtaining items from crafting, dismantling, treasure chests, looting, gathering, quests, and talking with NPCs to now only appear for obtaining items of blue grade or higher
* Only notifications for blue grade or higher items that can be registered to the Center Market will show.
* Black Stones and some items didn't show the notifications regardless of item grades.
● Changed so that cheer motion doesn't activate when obtaining Black Gem.

● Fixed titles of the following quests from Suggested quests:
- Just Wonderin', In Search of a Master, To Oquilla's Eye, Easy Peasy, Kakuo, Reborn as a Brilliant Artist

● Fixed typos in the following Knowledge keywords:
- Argos Sand Tower, Argos Obsidian Energy, Argos Artifact Repository
● Fixed an issue where other languages would display when viewing the probability of exchanging pets in certain situations.
● Improved the ""Accept Appointment to Guild Master"" button that is activated when a guild leader has been inactive for 15 days or more to display a notification and confirmation message.

● The UI for the party scroll summon function (Ancient Relic Crystal etc), the UI has been shifted to be slightly higher than before.
● Fixed the issue of forced PvP activating when other Adventurers attack when a character with Karma lower than 0 mounts on a cannon placed by a guild member with Karma 1 or higher.
● Abnormal exposure of some backgrounds has been fixed.
● Fixed an issue where in certain situations, registering workers to the Worker Exchange would not work correctly.
● Fixed an issue where slot expansion buttons were visible in the Guild Wharf and Guild Stables.
● Fixed an issue where in certain situations the quantity of items stored in a boat were not visible.
View list